Home Entertainment News Singer Simi slams a fan who told her to take off her... 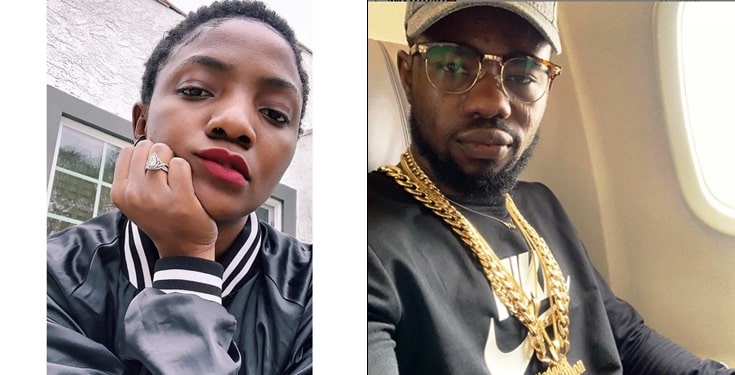 Singer Simi has reacted after a fan stormed her page asking her to take off her nose ring because he feels she’s way better than having such on.

According to the fan, if his girlfriend dare put a nose ring on, he would instantly break up with her.

Reacting, Simi pointed out that the person behind the comment must be sick to have made such a suggestion. See screenshot below. In the caption of the photo; 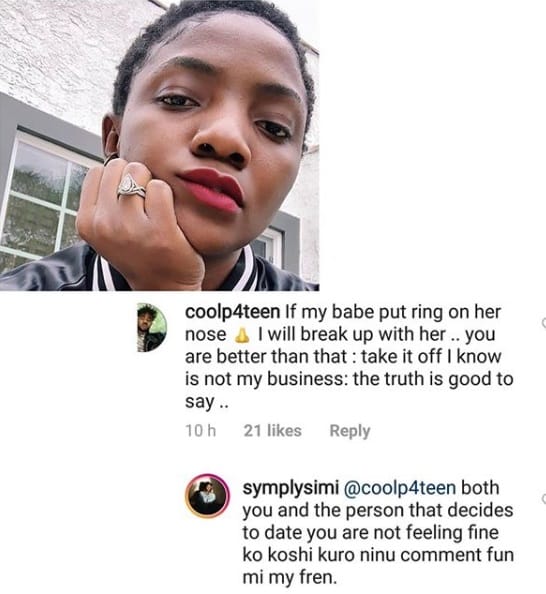 The singer further ordered the troll out of her page for  condemning her for wearing a nose ring.

It appears like Simi is trying to give her style a facelift going by the recent changes noticed in her looks. The singer recently changed her hairstyle to a low cut just months after she got married to fellow singer Adekunle Gold.

With the nose ring on, one can only expect more from the “Joromi” crooner.