Popular ‘Duduke’ singer, Simi has gifted the sum of N200K to a lady who appreciated her husband’s gesture of buying a Christmas chicken. 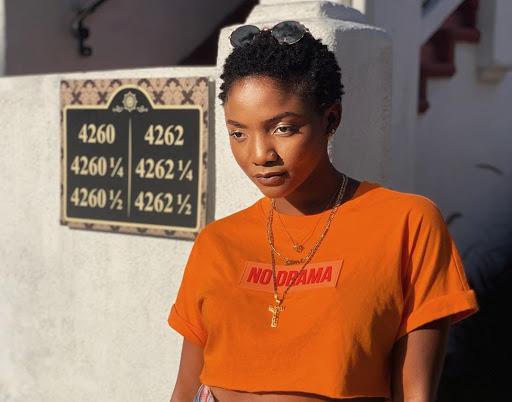 One Aribisala Blessing had taken to social media yesterday to shower praises on her husband for being the best after coming home with a live chicken.

In reaction, Simi announced that an anonymous individual offered to credit the lady in question N200k as a token of appreciation.

“Someone had sent 200k as a donation for #aSmileForChristmas before I had announced it wouldn’t be holding this year. I was going to send it back, but just asked now if it would be okay to send it to you instead. He said yes. So Merry Christmas.” 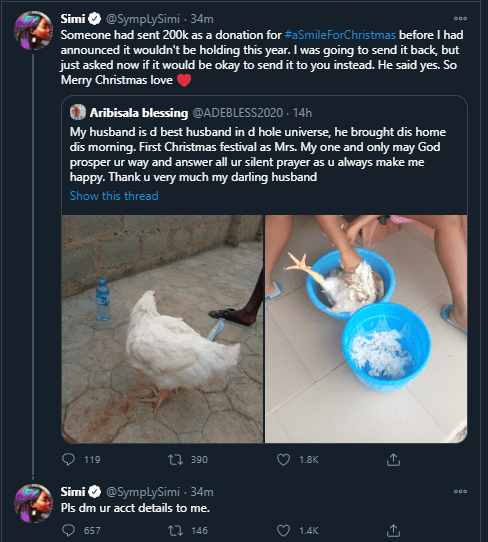