Simi Esiri, the estranged wife of singer, Dr sid, has confirmed the end of their marriage. 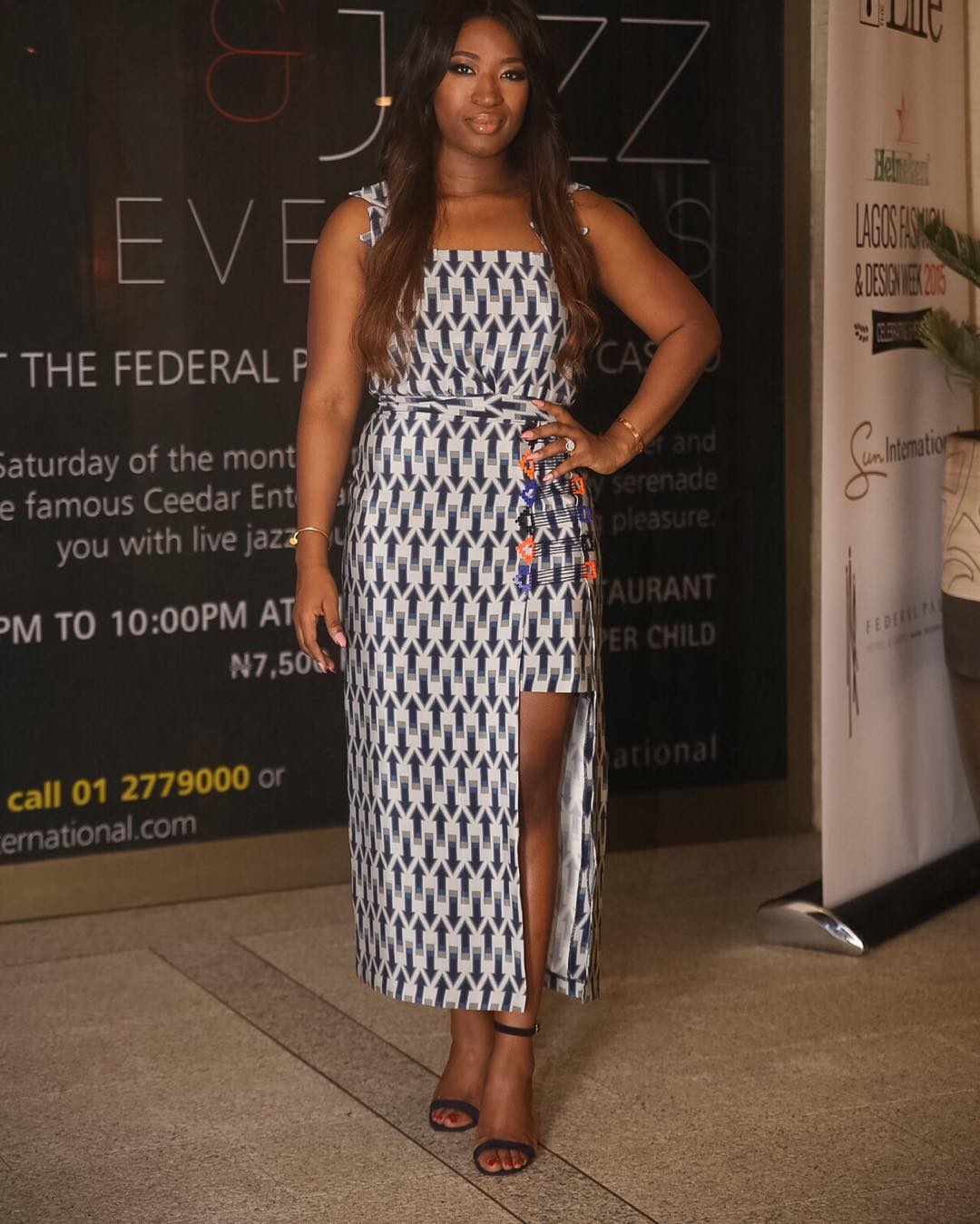 In a statement released this morning, Simi confirmed they are heading for a divorce and moving forward as co-parents. The estranged couple got married in August 2014.

In her statement, Simi reacted to reports she that was violent towards Dr Sid in their marriage and that she has stopped him from seeing their two daughters, Sydney and Sarah. Simi says this is not true.

Read her statement below: 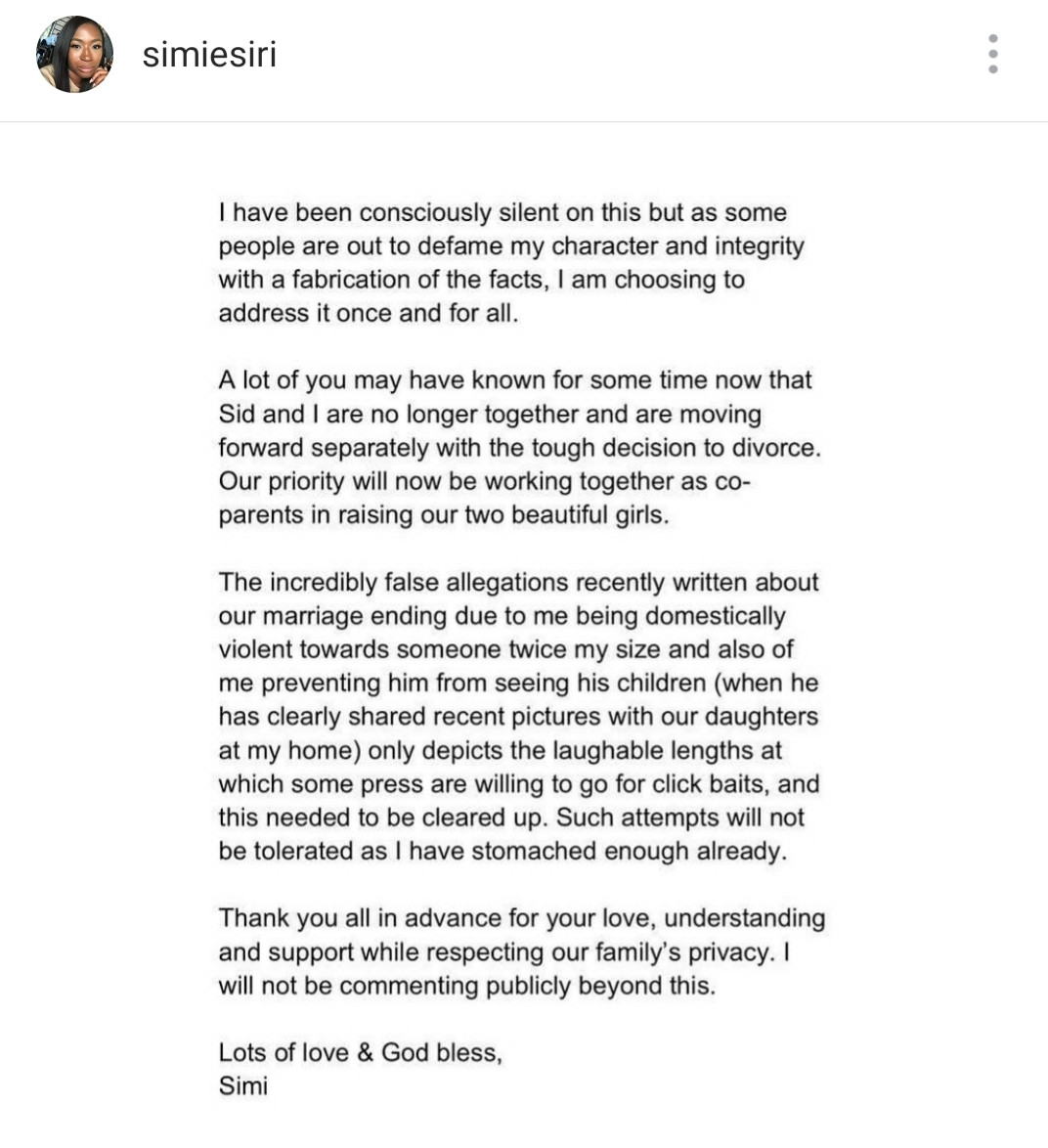