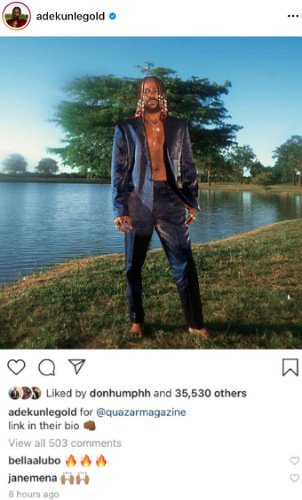 Announcing the feat, Gold asked fans to check out the exclusive editorial about his feature in the LGBTQ magazine.

This came moments after his wife, Simi, took to social media and apologized to the LGBTQ community for her previous homophobic comments.

She tweeted “I see how things we say, even without meaning to can encourage prejudice. Your life is bigger, by far than my pride. So, I’m really, really sorry”. 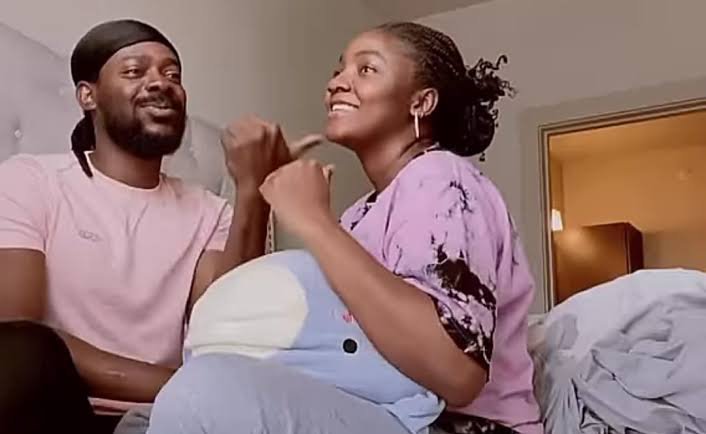 In her apology, she added that it took learning about the near-death experience of a queer person for her to realise how dangerous her previous stance was and how she night have enabled homophobia in Nigeria.

At first, Nigerians accepted her apology, until Adekunle Gold’s queer cover photo surfaced and many people realised why she actually apologised.

For some Nigerians, her apology was insincere as they think she only apologized because her husband was to cover a queer magazine, so she had to apologize before it pops up.

Others believed it was a mere coincidence.

See some reactions below… 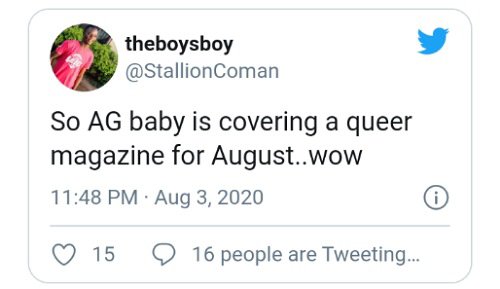 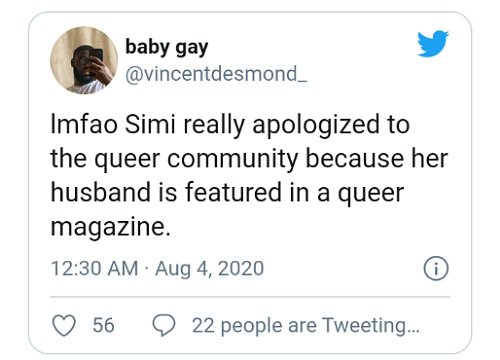 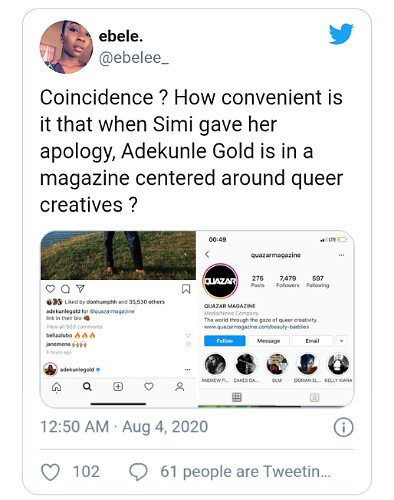 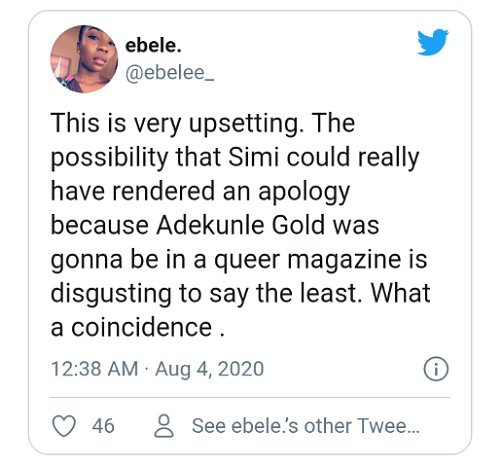 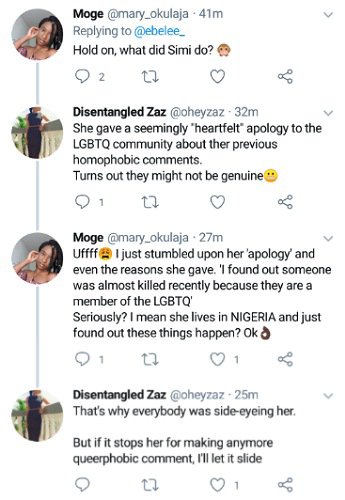