Reality TV star, Hazel Oyeze Onou popularly known as Whitemoney has been urged by one of his fans on Twitter not to waste his N90m Big Brother Naija grand prize on music. 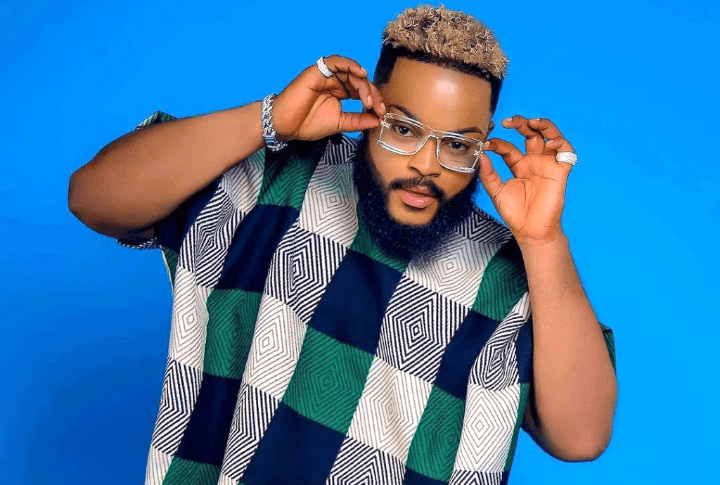 The fan, identified with the Twitter handle @taiwoalabiho2, while making this appeal to Whitemoney wrote, “Whitemoney don’t waste that funds on music. Thank you.”

Accordingly, many Nigerians have understood the request to mean that Whitemoney’s debut song is below par.

An Instagram user @Oke_special who weighed into the conversation said, “I wish they told Laycon the same thing.” 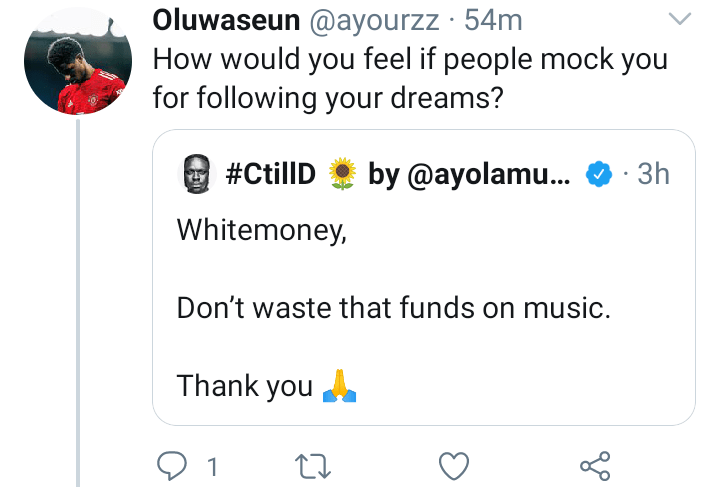 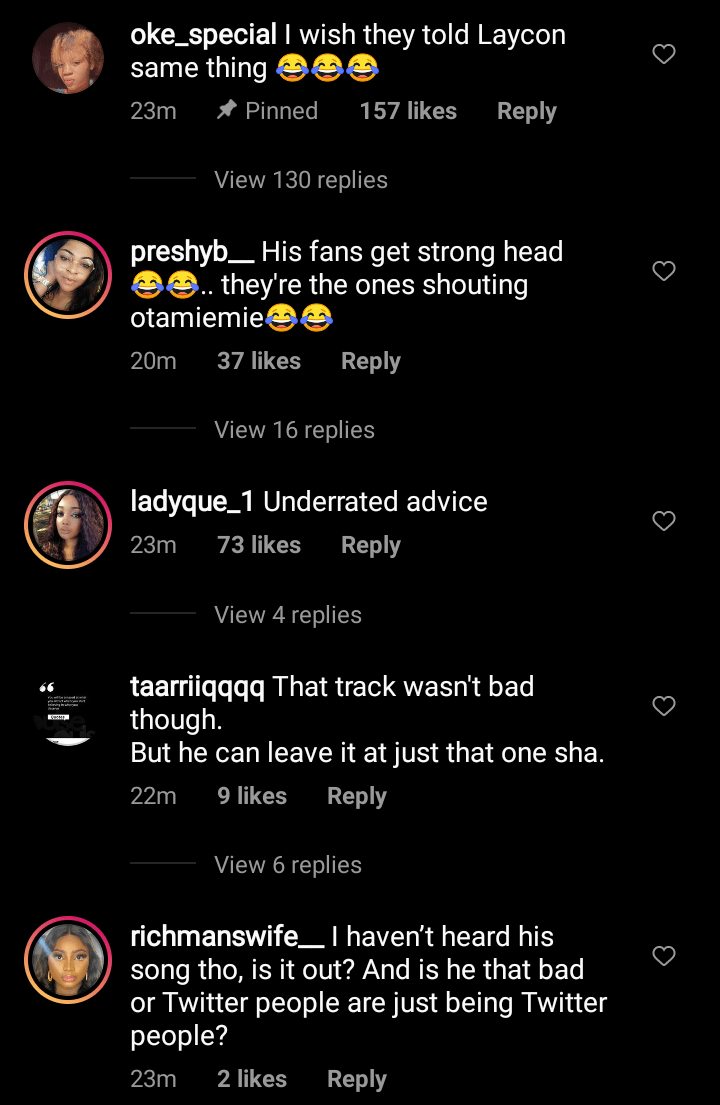 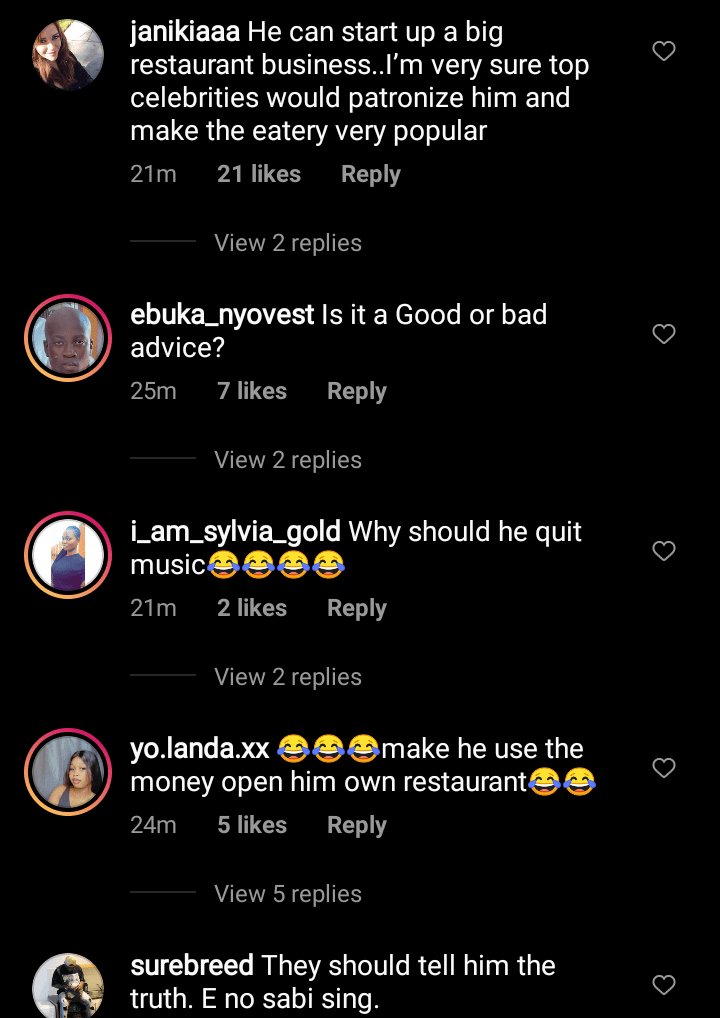