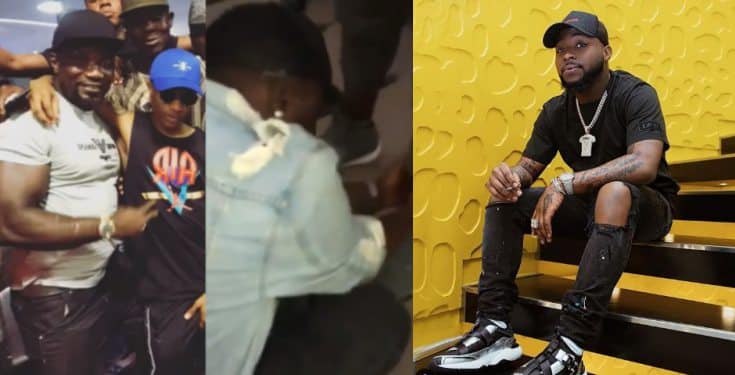 It looks like Shoki Shitta has abandoned Davido as he can be seen in a now viral video bowing before Wizkid’s Loyalist Baruwa Eleniyan.

Recall that few months ago, a viral video surfaced showing Shoki Shitta stating that the Shitta, a neighborhood in Surulere, is no longer interested in listening to Wizkid’s music despite him being from the neighborhood.

According to him, all they want is to listen to Davido’s song whom many perceive as rival to Wizkid.

Probably angered by the pronouncement, a lord in Shitta, Baruwa Eleniyan, who often gets hailed in music by Wizkid, took the video as an insult.

Next we saw was another viral video showing Shoki Shitta getting mercilessly beaten by Baruwa Eleniyan and his boys.

After the beaten, Davido came to his aide by giving him N1million. Well, it seems the N1million has been squandered because the below video seems like Shoki Shitta switching sides and finally bowing to Baruwa Eleniyan, a proxy of Wizkid.