Controversial Pastor of the Commonwealth of Zion Assembly (COZA), Pastor Biodun Fatoyinbo has become the topic of the day after being spotted at the Shiloh 2020 conference. 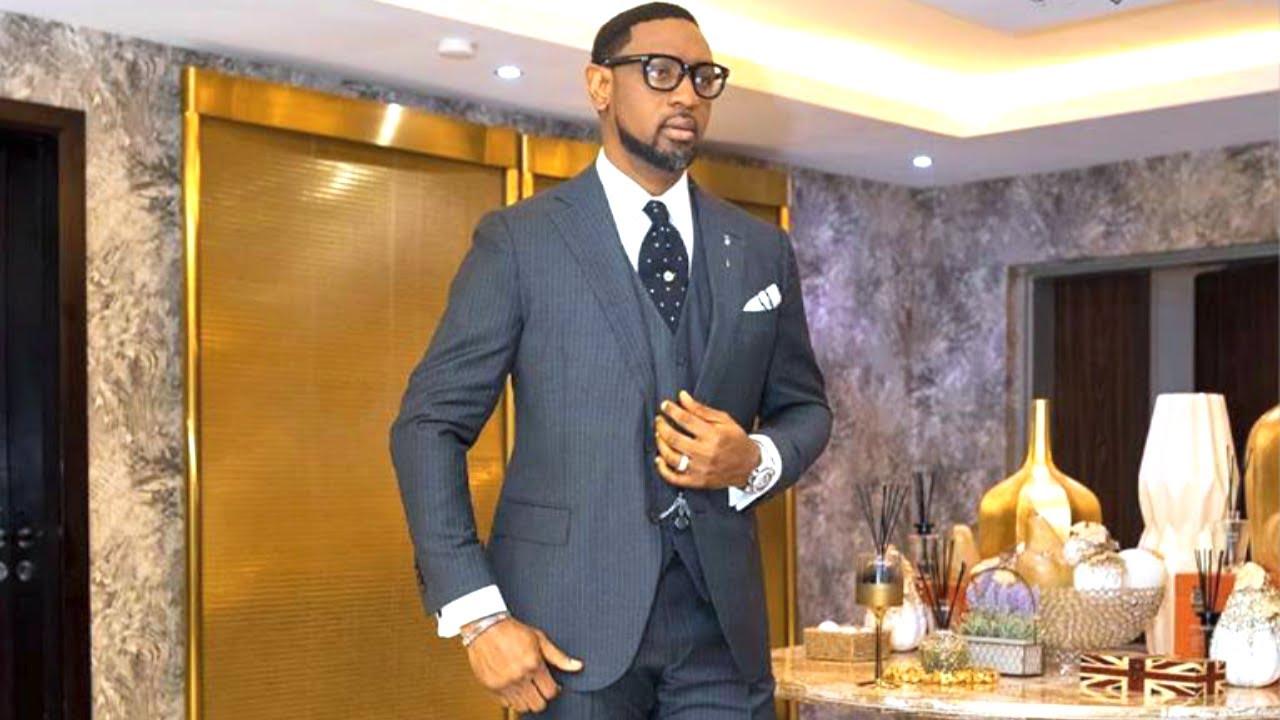 At a point, the man of God was forced to go on “leave of absence from the pulpit” for weeks after denying all allegations related to the rape. 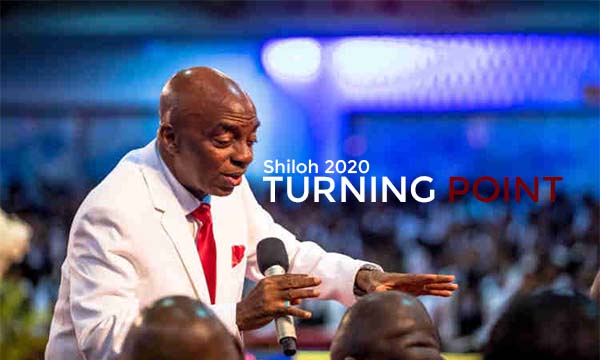 The 2020 Shiloh annual conference organised by the Living Faith Church Worldwide however is graced by the presence of Biodun Fatoyinbo which has sparked outrage on social media. 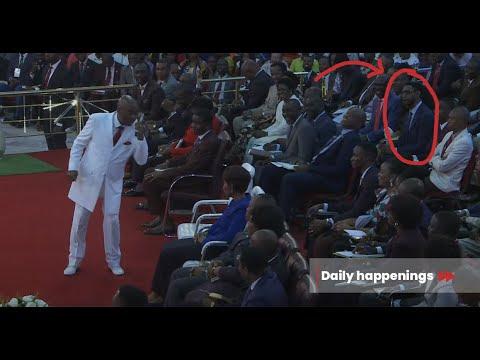 @TheAjibolaGrey wrote;
If Biodun Fatoyinbo was a student of Covenant University, he would have been expelled.

@efuabossobode wrote;
Lol Fatoyinbo came to his church,should he drive him away? The case ur even talking about was thrown out in courtFace with tears of joy I don’t attend either church but i feel as a fellow Man of God without any conviction what Tf do u expect him to do? 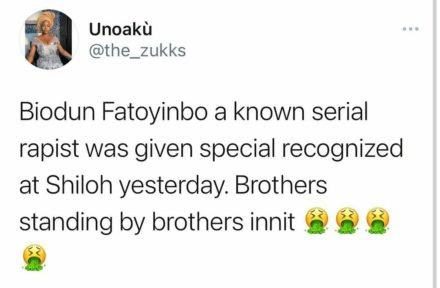 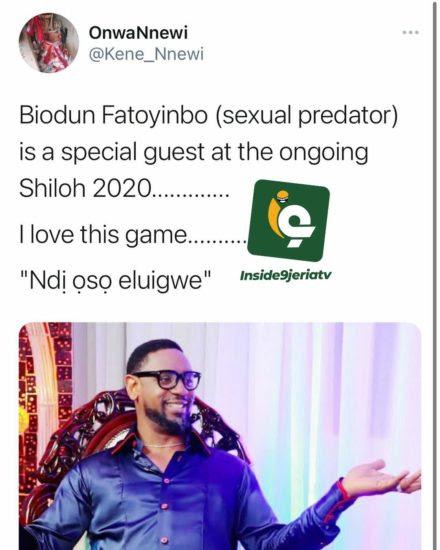 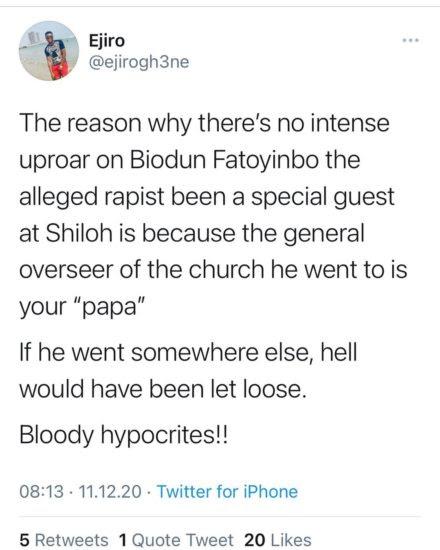