The brother of the Akwa Ibom job seeker (Iniubong Umoren) who unfortunately met her doom in the quest for a good life has revealed that his sister was killed for ritual purposes. 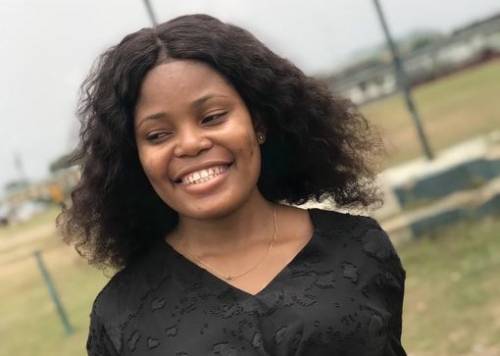 In a recent video, the sibling of the victim appreciated the police for the help they offered in the search of the deceased.

He also stated that other dead bodies were recovered from the crime scene and they are currently waiting for the police who would conduct a proper identification and subsequently hand to body over to them. 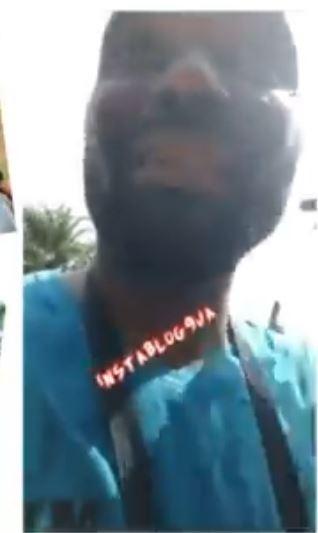 He also illuminated the importance of not only capturing the suspect, who is known as Uduak Frank Akpan but for a proper investigation to be carried out in order to ascertain the buyers of the body parts also.

#FindHinnyHumoren: “There are more dead bodies there,” brother of slain Akwa-Ibom jobseeker says, as he reveals she was killed for ritual purpose. pic.twitter.com/A2Rat6cQQe 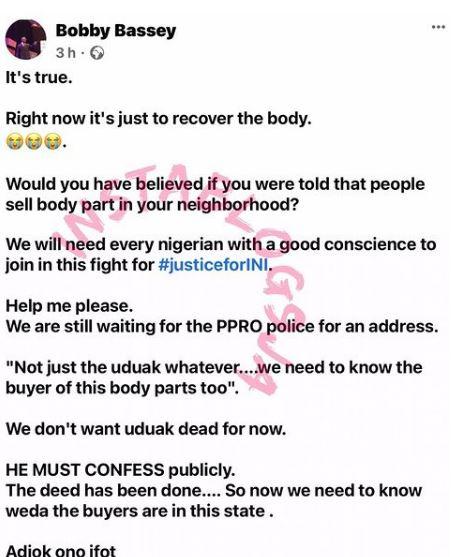 Man beats up masquerade for flogging him in Lagos (Video)