Nollywood actress, Etinosa Idemudia has once again come for her senior colleague, Victoria Inyama over the statement she made about some Nigerian cross-dressers including Bobrisky. 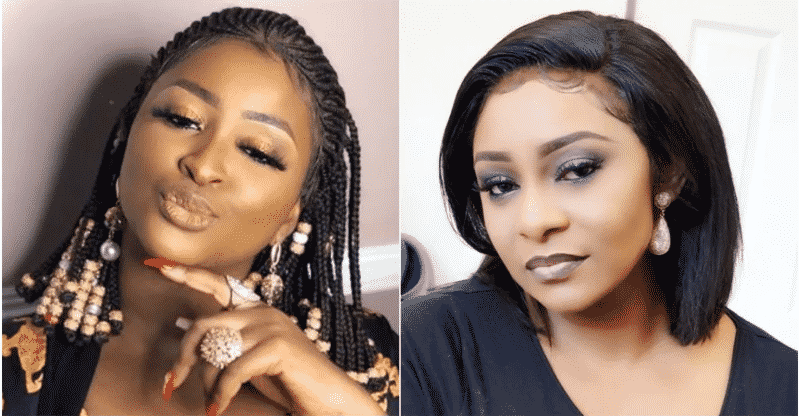 According to Victoria Inyama, she can’t wait to see what Bobrisky and the other cross dressers will look like in their old age.

Etinosa however replied the actress that she won’t live to witness Bobrisky’s old age.

See their conversation below; 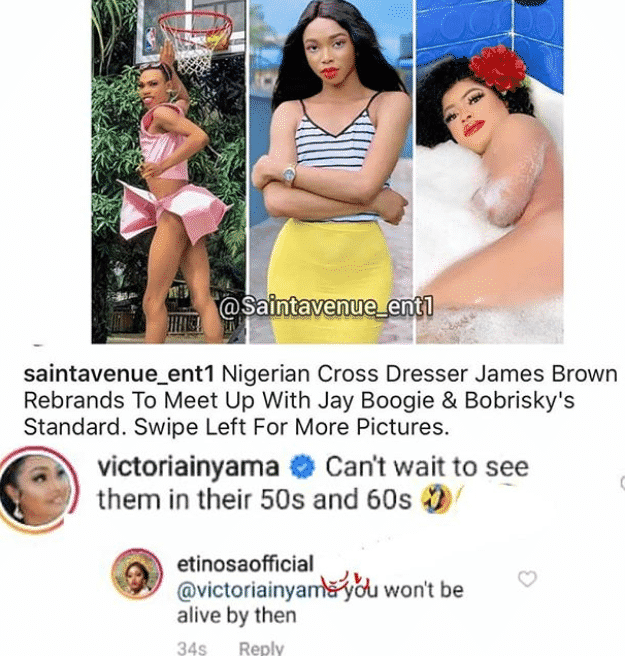 Etinosa went further to explain to a follower who said she was being harsh with her comment;

“Let me explain her to you. @victoriainyama is a troll that goes around every page trolling and m=commenting hurtful things about people from one blog to another. Apparently less busy at her age, she has no self respect neither does she have respect for fellow humans and calls herself a psychologist smh. More like a psycho who should have stuck to Hi5 and Facebook. Besides I didn’t place a curse on her. Only commented facts.” she wrote. 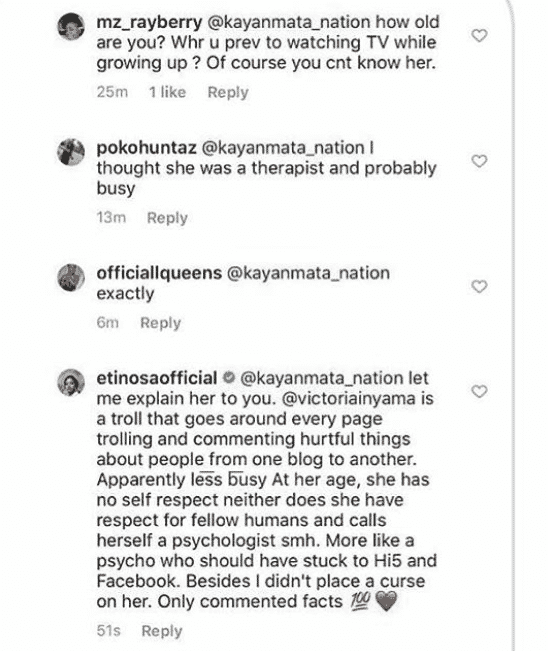 Victoria is probably composing a reply for Etinosa as this is not the first time the two would come for each other.

Recall that in February, Etinosa blasted Victoria Inyama over her comment about her apology to Apostle Johnson Suleman, calling her a retired old mother.