Former Big Brother Naija housemates, Prince and Dorathy Bachor have been dragging themselves on Twitter. 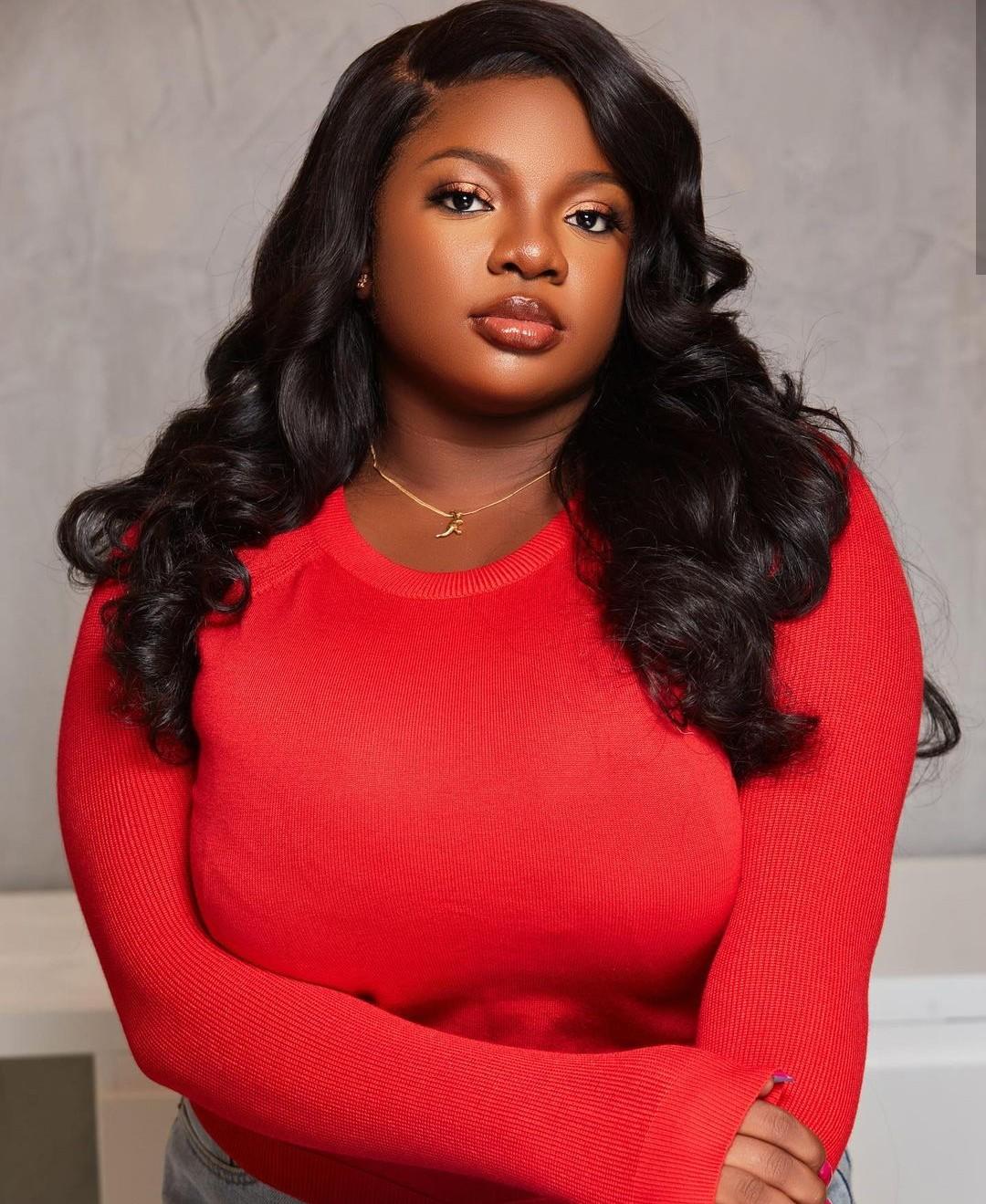 The drama started after Dorathy reportedly went for an interview with Silverbird TV, and during the interview, she referred to her fans as “Dorathians”.

Her fans however didn’t like the name, and they kicked against it on Twitter. Prince then shared a funny meme, jokingly mocking Dora for referring to her fans as “Dorathians”. 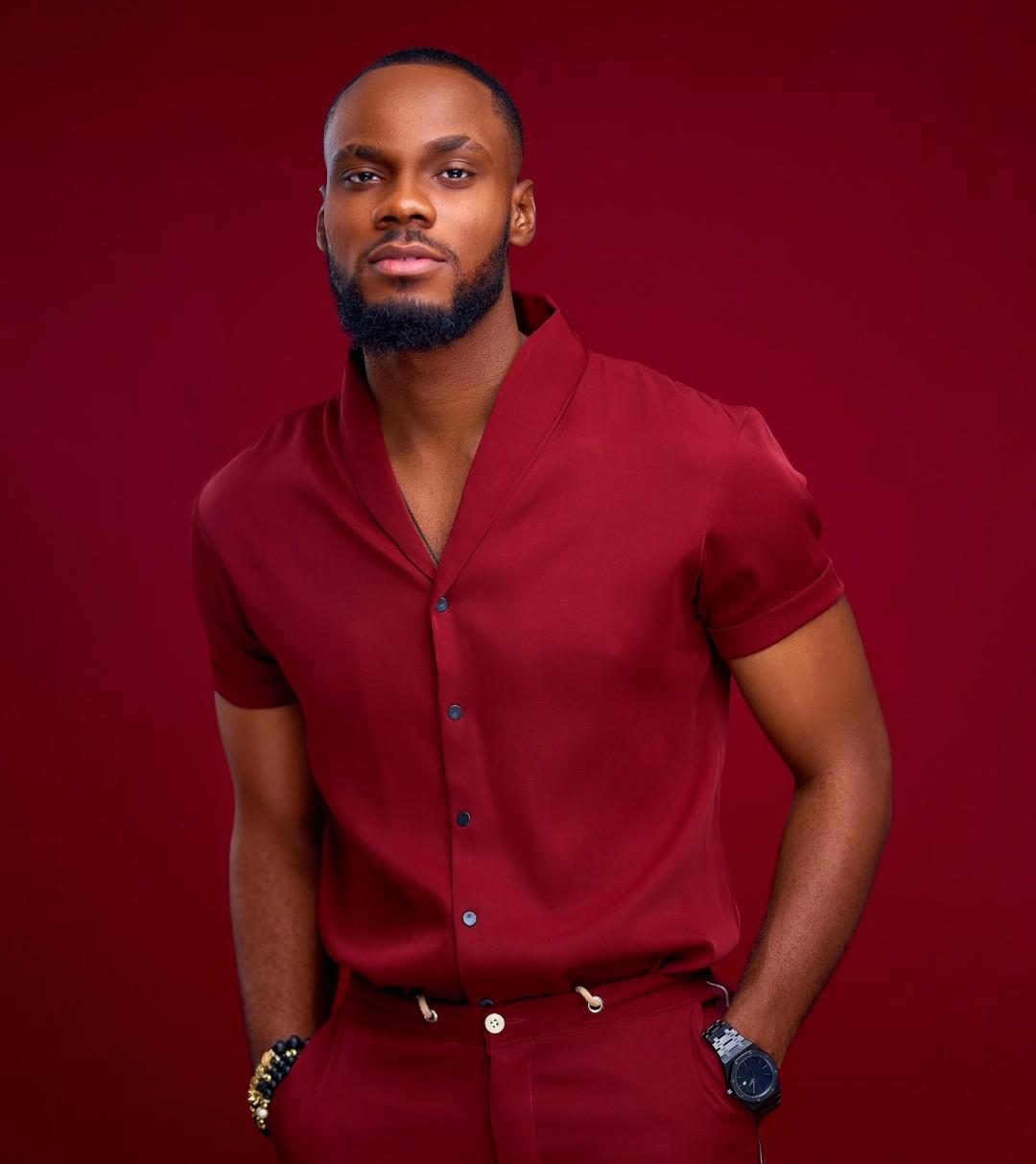 Dorathy in her response, called him a mother fu***r and asked him to shut up.

“Please I hate lies?, saying I don’t remember … Dorathians?? What in the Old Testament were you thinking?” 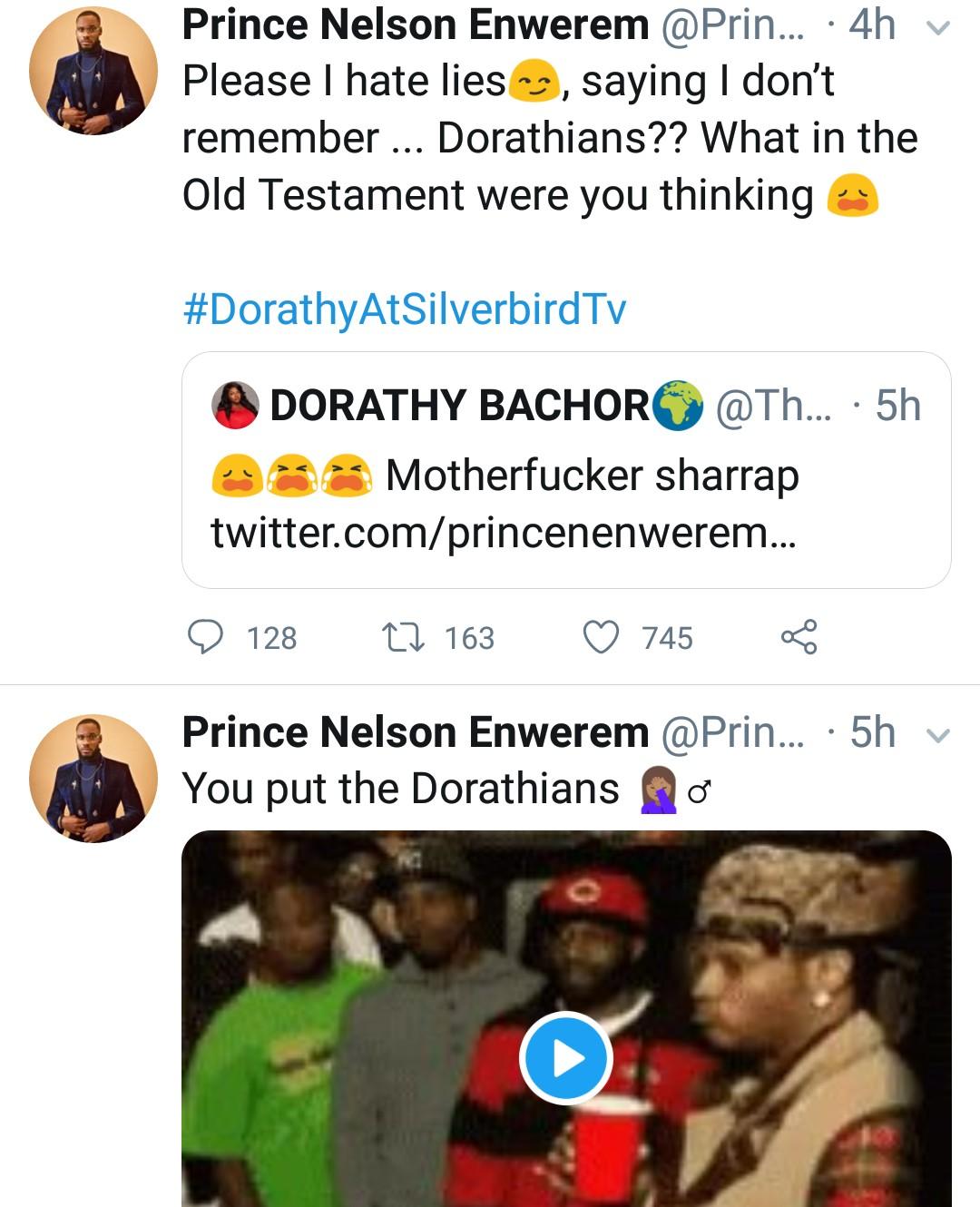 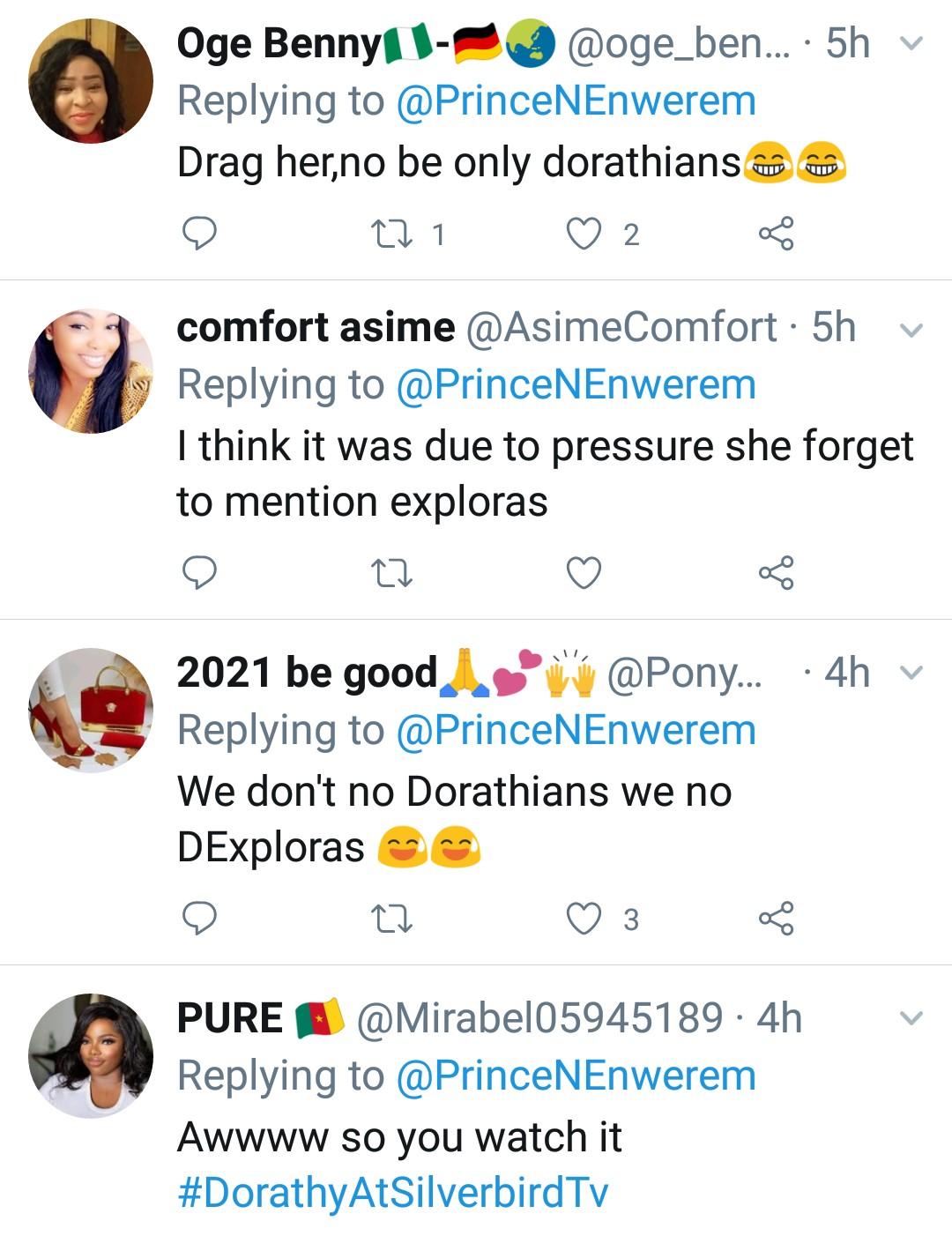 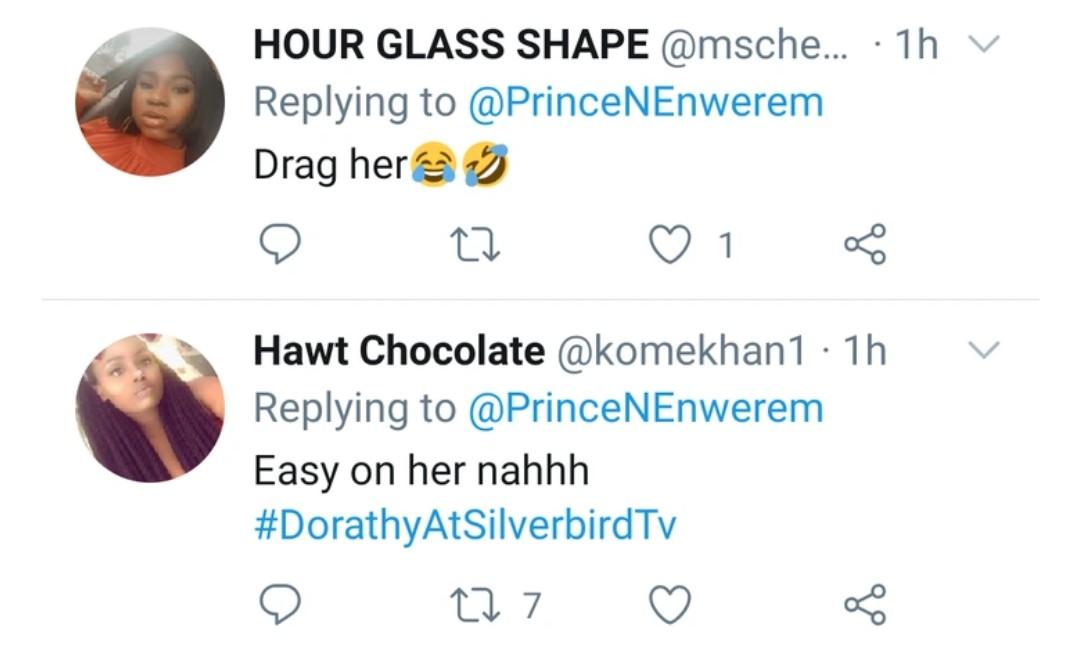