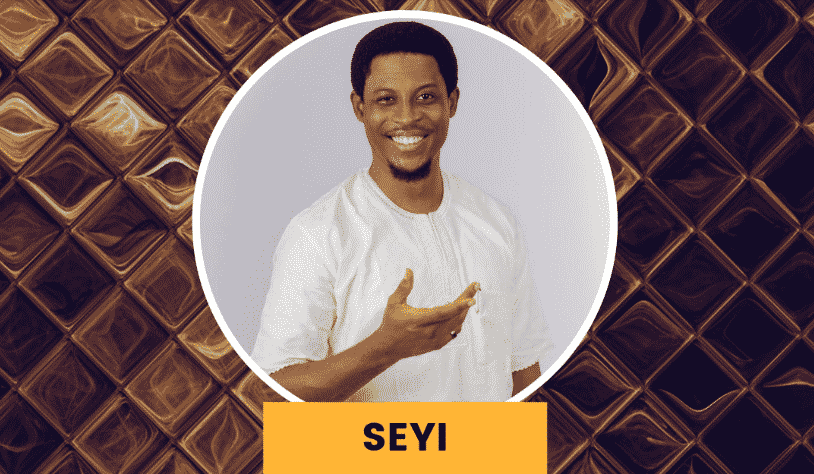 It was time for this week’s HoH challenge and the Housemates gathered in the lounge for a brief. Frodd read out the content of the scroll and they all looked on confused. Until he read it a second time, they had no idea what they were meant to do. After this, each picked a number card from a black magic hat that will later be used in the Arena for the challenge.

The task was a simple one. Called according to their card numbers, each Housemate was to press a bell button and head over to the next step. With one finger, they must roll the two pink balls provided across the top of the prism and go back to sound the bell again.

Seyi started first and he had to do it over and over again until Biggie reminded him of the rules again. With the way he went about it at first, we were not expecting anything impressive. But by the time he finished, we realized how wrong we have been. He ended up finishing in 45 seconds. Except for Jackyeand Khafi who finished within 3:55 and 4:30 respectively, Tacha, Diane, Cindyand, Enkay whose hand was shaking all through, didn’t get it right until the time elapsed. Despite finishing in 3:55, Jackye was disqualified for supporting the ball with her thumb. 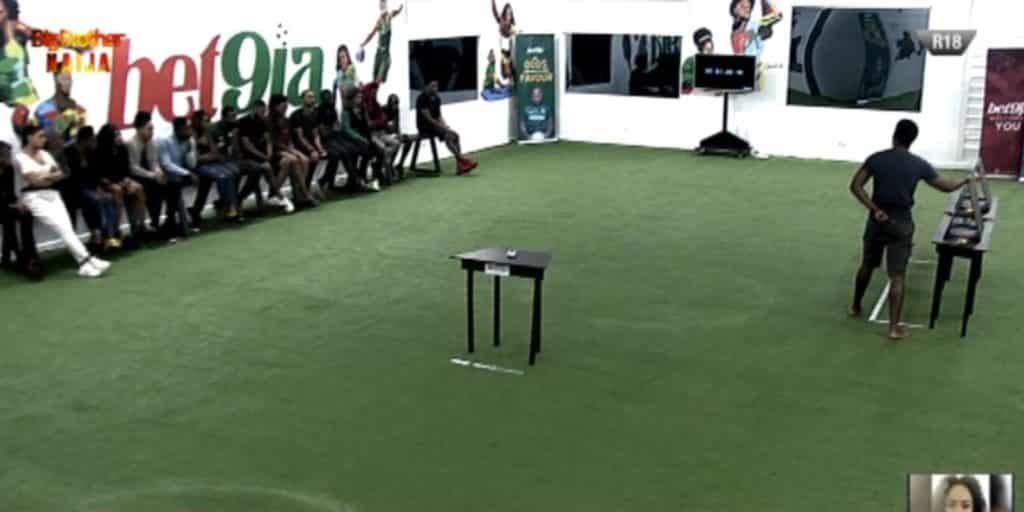 Who Got It Right And Who Didn’t

Some of the Housemates managed to roll the ball across the top of the prism successfully, but others couldn’t. Below is how they fared.

Being the only one who finished within 45:23, Seyi emerged the winner of the challenge and was thus declared HoH for the week. With this comes some luxuries – immunity from Nomination, a luxury room and 250 Bet9ja Coins. Congrats, Sugar Daddy!

Because of how the two have started to bond since their return from the Secret Room, it was natural to expect Seyi would pick Tacha to share the special room. But to our shock, he went for Esther. Well, when we remember the little friction he had with Frodd the other day, we felt like, yeah, he wanted to pepper him.

What an interesting and yes, tactic challenge! With Seyi as the new HoH, we sure are in for some drama in the House this week. We can’t wait.