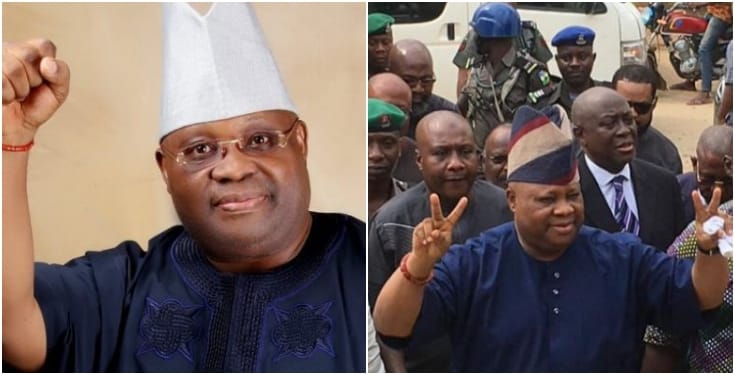 Senator Ademola Adeleke has been granted a bail of two million naira by the Abuja High Court today following his arrest and detention yesterday by the Police after he honoured an invitation and was subsequently arraigned before Mpape Magistrate Court, Abuja.

According to Nathaniel Oke (SAN), one of Adeleke’s lawyer, he was arraigned on five count charges relating to certificate and result forgery.

Oke said: “He was arraigned on five count charge relating to certain already existing alleged offences in terms of testimonial issues in the former school where he graduated. And asides from that, they equally arraigned him that the result even the testimonials he presented when he was contesting were fake ones.”

He noted that Adeleke’s lawyer raised an objection to the competency of the court in hearing the case but the judge overruled the objection saying that he has the right to be arraigned before the court. Oke said that Adeleke pleaded not guilty to all the charges and was granted bail by the court.

“He was formally arraigned, his plea was taken and he pleaded not guilty to all the counts as read against him. He was granted bail of two million naira and one surety in the like sum and the surety must be a resident in the jurisdiction of this honourable court.”

The judge adjourned the case to 24th of June 2019, for the purpose of prosecution presenting their witnesses for trial.

Senator Ademola Adeleke was arrested by men of the Nigeria Police Force on Monday evening, 6th of May and arraigned on Tuesday, 7th of May.