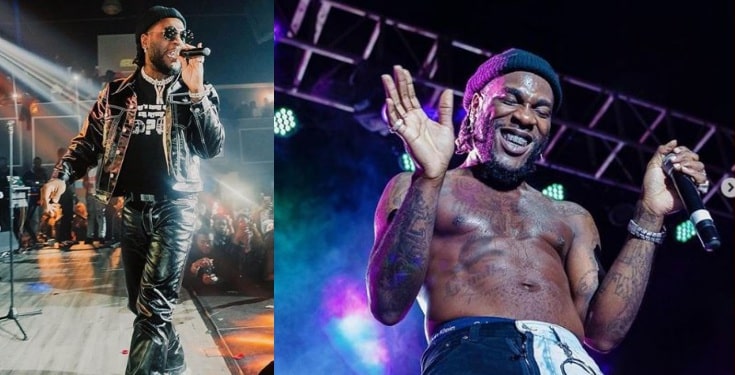 As all are entitled to their opinions, a Twitter user has come out in the open to claim that the self-proclaimed Afro-Fusion artiste, Burna Boy is being overrated.

This was y’all in 2018.
First he pisses on you all. Calls you “backward unprogressive fools”.

Then disrespects Tiwa
And now Mayorkun.

Man is clearly messed up.
You people hyped a wallgecko he started to think he’s a crocodile.”, he tweeted.

In response, the singer shared the below series of tweets.

Lol. Nice comedy. But really If I wanted to call out someone. It won’t be on twitter or Instagram, I’m more of the real life type. I State Facts, I don’t expect people like you to understand cuZ I do not speak unless it’s the TRUTH and I know ur not used to that so I get it.

FYI Hype is NOT what got me here neither is is what will keep me here. Same ppl that hail you will tear you down so it never mAttered to me. I just do what’s true to me that’s all. “Overrate or Underrate” doesn’t change shit! Truth needs no validation from ignorance.

BTW anyone that thinks I just “Blew” last year. NewsFlash – I been HOT since 2012 NON STOP! Doing it ALL. Touring, getting Money, TREND setting, Big Billboards for ur favourite brands, Feeding as many as I can on the streets and ALL. E.T.C. – AFRICAN GIANT no be mouth.

He also stated that if he wanted to call out a singer, he would do it in real life like he’s known for, not on social media.

“I forgot. Im also known for knocking people who disrespect me in real life the Fuck out in Real Life. But I’m grown now, I see the World for what it really is hence why I only fight for AFRICA now.”