Two students who are in love reportedly got married on March 4, 2020 and the internet has gone wild over it.

According to reports, the yet-to-be identified lovers are students of Rhodes High School in South Africa.

They were reportedly together for two weeks before tying the nuptial knot.

The story was shared via a post by a Twitter user identified as @Yeyethu_Baballo, who also released photos of the two student couples. 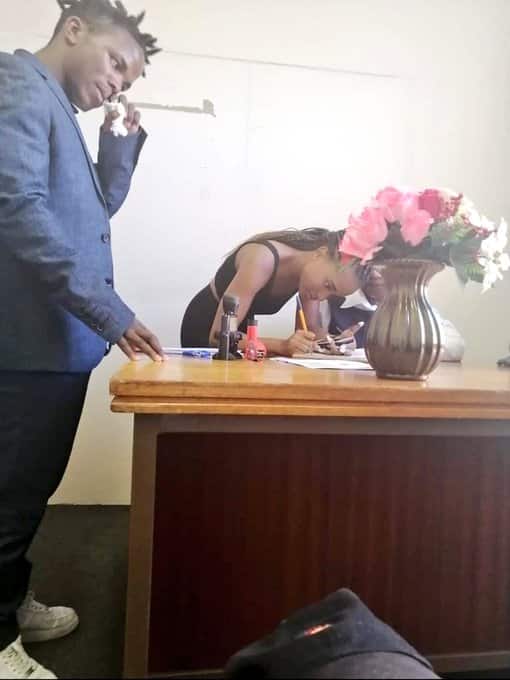 In one of the photos, they cold be seen signing what is believed to be court documents, while the other photo shows the young man holding up the supposed marriage document.

Rhodes students got married today after being together for 2 weeks. pic.twitter.com/xzoSii91f7