Some secondary girls, who refer to themselves as “benefit girls” have been going viral on social media after they made a video showcasing their iPhones while rocking their uniforms.

This is coming after some comedians who called themselves “Benefit boys” took to Social media to post a comic video where they resumed secondary school with a Benz and chased their physics teacher out of their car. 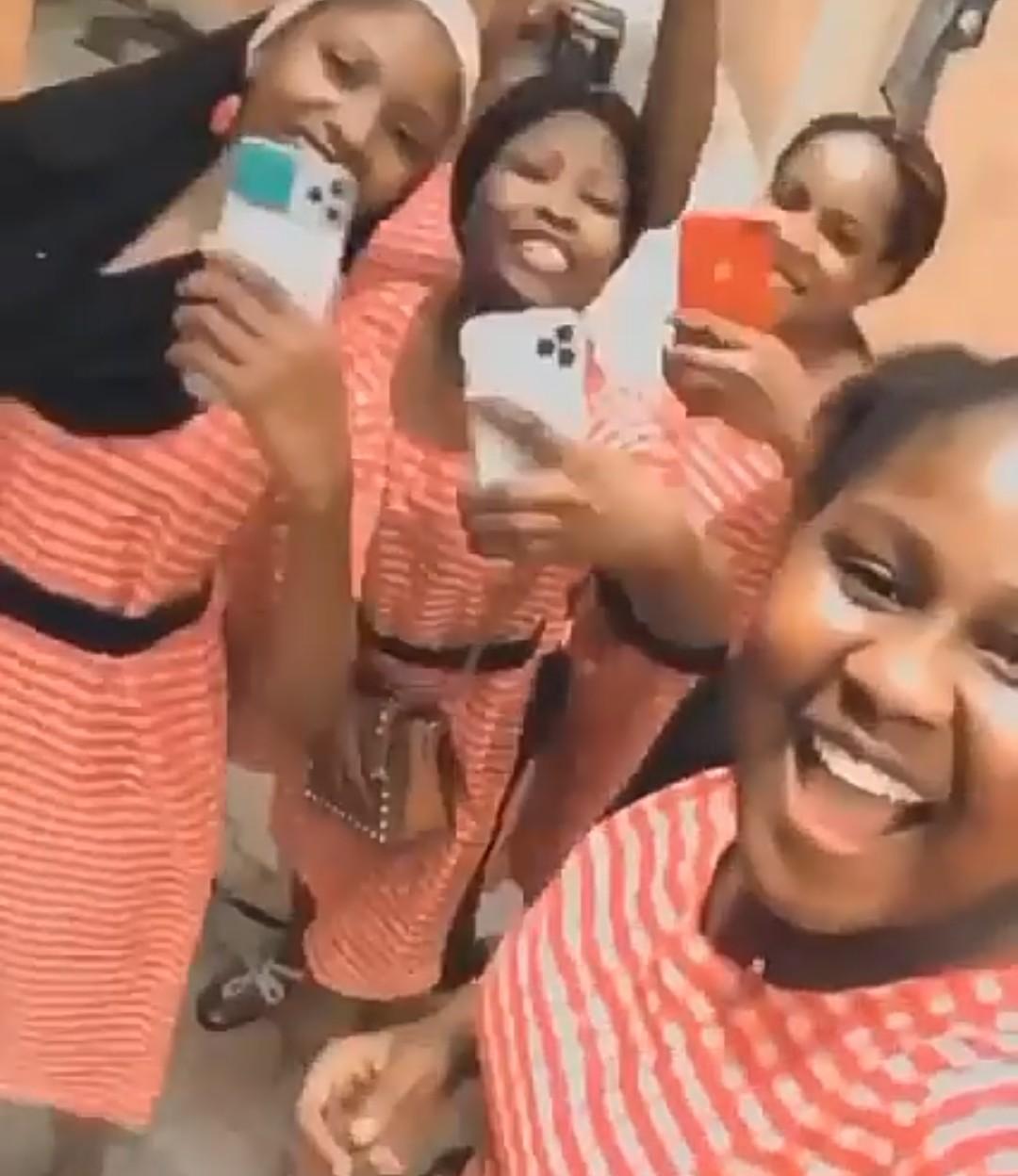 Barely a month after their video went viral, these new set of alleged “secondary school” girls have decided to thread the same path, calling themselves “Benefit girls” as they show off their newly acquired iPhones.

In the video, the girl recording the video was heard screaming Benefit girls while they wave their iPhones in the air and make chants in Yoruba language.