A Nigerian man identified as Dennise has taken to his Twitter account to narrate his encounter with SARS operatives.

The young man who just came back from Netherland stated that he was on his way to the eastern part of the country when he was stopped by SARS operatives along Benin road.

He was extorted the total sum of N600, 000 before they could let him continue his journey.

“My name is Dennise and I am a Nigerian based in Netherlands . I came into the country for the holiday. On Sunday 8/12/2019 on my way from Lagos to east along Benin road, I was stopped by men who claimed to be men of #sars and extorted #500,000 via bank transfer

Please I beg of you to use your influence to find out if the bebeficiarry of this account has any link with #sars”, he tweeted. 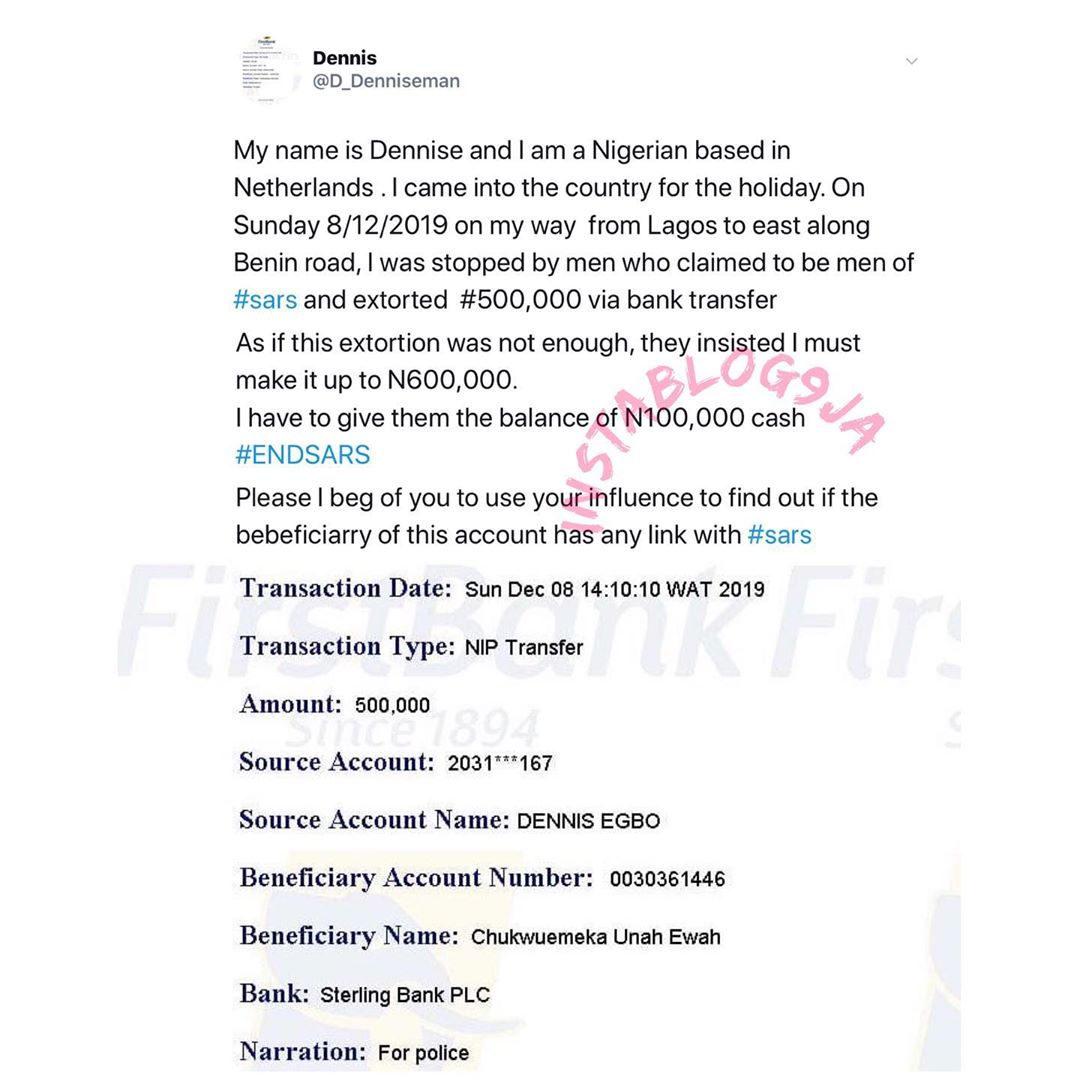 ‘A driver nearly got a family killed with half information’ – IT expert, Victor Asemota shares story