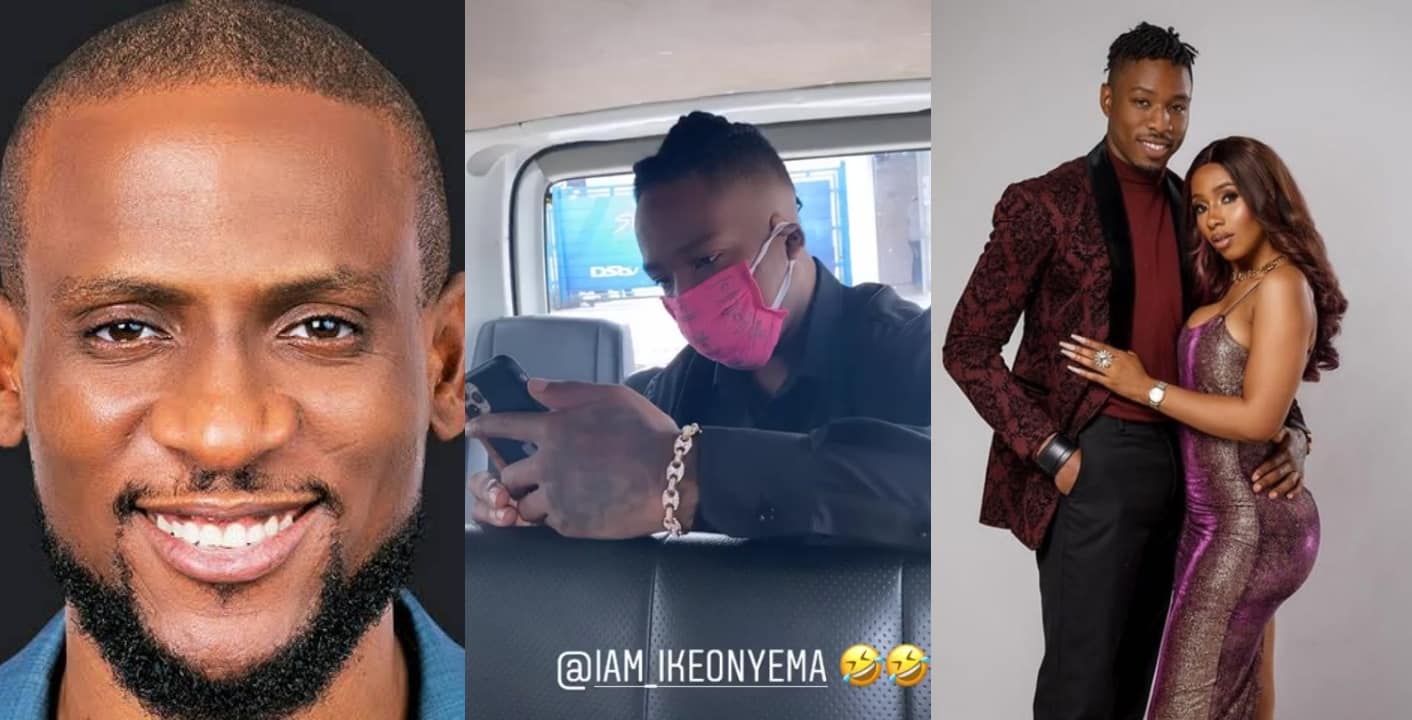 Following the Covid-19 lockdown ease, Ike, Shola and other colleagues were spotted in a car heading to an undisclosed location.

Omashola who apparently was in the mood to catch some cruise, recorded his friend, Ike while he rocked a Nigerian made facemask.

In the video which Omashola shared on his IG story, he could be heard mocking Ike’s facemask, attributing its looks to that of a sanitary pad which he alleged Ike stole from his girlfriend, Mercy Eke.

In the video, an unperturbed Ike could be seen just smiling to Shola‘s jokes without saying anything.

“Let’s be honest, don’t Ike’s facemask look like sanitary pad? *laughs… It’s like he used all these sanitary pads, cos of Coronavirus. My nigga, get a new mask, your girlfriend (i.e. Mercy) is looking for her pad…” those were the words of Shola as he joked about Ike’s facemask. 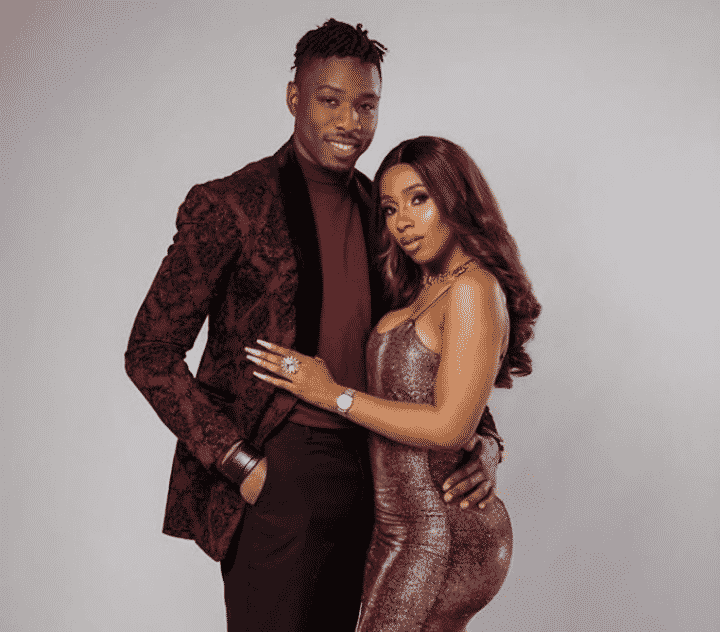 Mercy and Ike who went cold on each other few months ago, sparking breakup rumours in the process, returned with a new vibe following the debut of their TV show and have continued to be enviable an item since then.

“Ike’s face masks looks like a sanitary pad”, Man trolls, advices him to return #Mercy’s pad before she starts looking for it

A post shared by NAIJAEVERYTHING ENTERTAINMENT (@naijaeverything) on May 18, 2020 at 2:15am PDT