Residents of an area in Benin City, the Edo State capital, have been captured on camera swimming in dirty water after their vicinity got flooded. 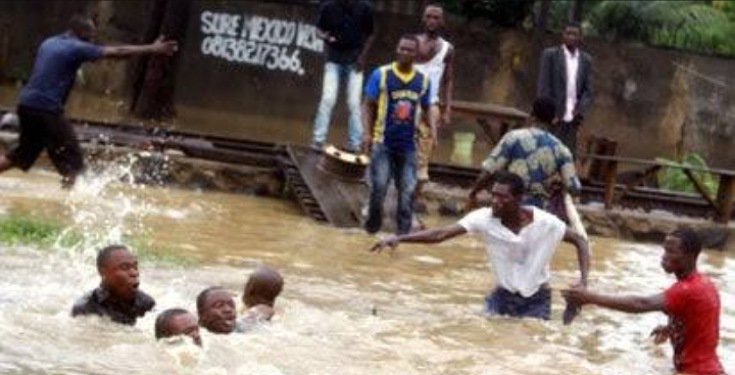 According viral reports, there was heavy downpour of rain in Benin City in the early hours of today, June 20.

In the viral video, several cars could be seen trapped in the flood while people swam in the background.

As the raining season gradually approaches it’s peak, the mass media is filled with flood related stories and contents.

It should be recalled that few days ago, some parts of Lagos State got flooded and we posted some heartbreaking pictures and videos from the flooding scenes.

Watch video of residents swimming in dirty water after their vicinity got flooded below;

“Only a 24 carat gold-plated pounded yam can heal me” – Cuppy cries out...

Woman returns to Nigeria to wed old man after birthing 6 kids for different...

Having my kids was a blessing, even though I once suggested abortion – Charles...