Popular singer, Rema has reacted after the on-air personality, Do2dtun called for a harmonious settlement of disputes between him and DJ Neptune. 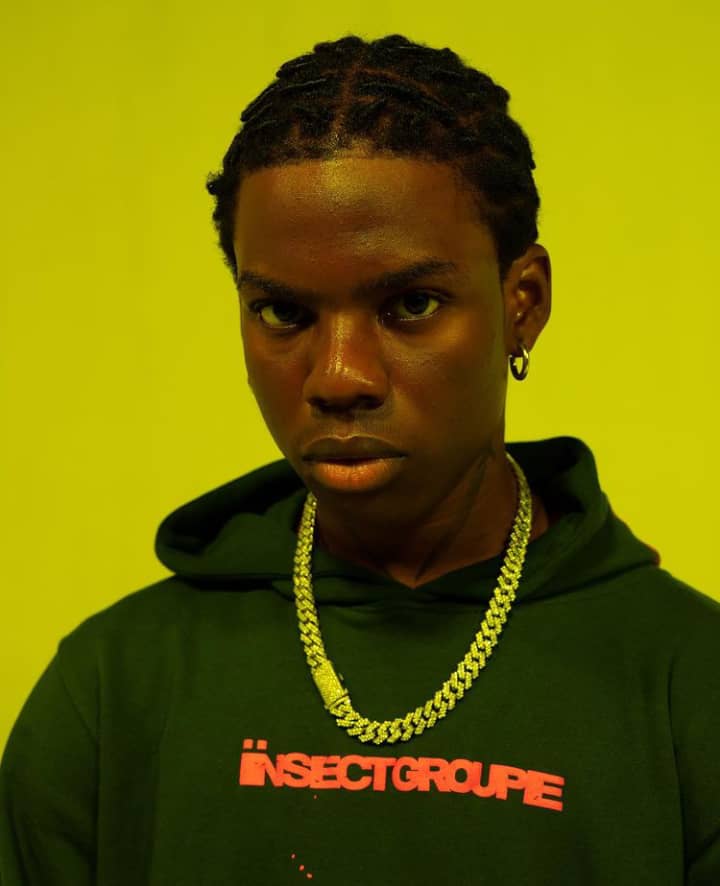 Recall that Rema in the earlier hours of Friday, 26th November, took to Twitter to call out DJ Neptune while accusing him of releasing his song without notifying him.

Do2dtun reacting to this advised Rema to adopt a better approach to the issue while insisting that the disagreement may be a result of miscommunication.

“I love Rema alot. I hosted his first ever listening. He just needs to find a better approach on things like this. You all recorded this together, we were not there. He also needs to address things with his representatives. Trust me, this won’t be more than a mere miscommunication.” 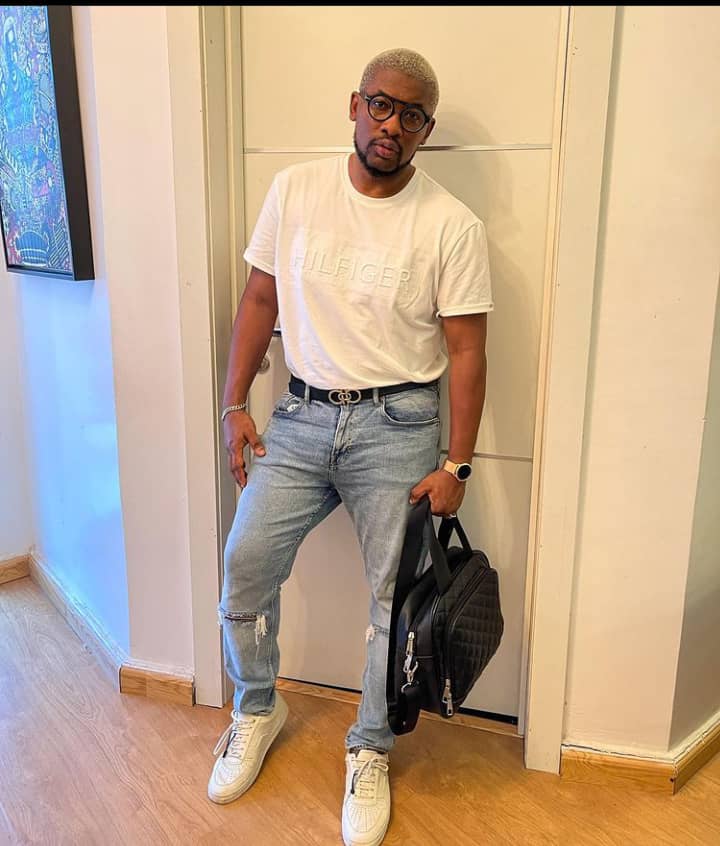 Replying to the cool FM personality, Rema maintained that he’s fighting over his intellectual property as he was crossed.

“OG we didn’t record it together, neither was I paid, neither did I sign any document, neither did the producer ask for my consent before releasing my stems. I was crossed, I’m not a hot head, I’m just a kid vouching for my Art that’s all, I’m not a disrespectful person.” 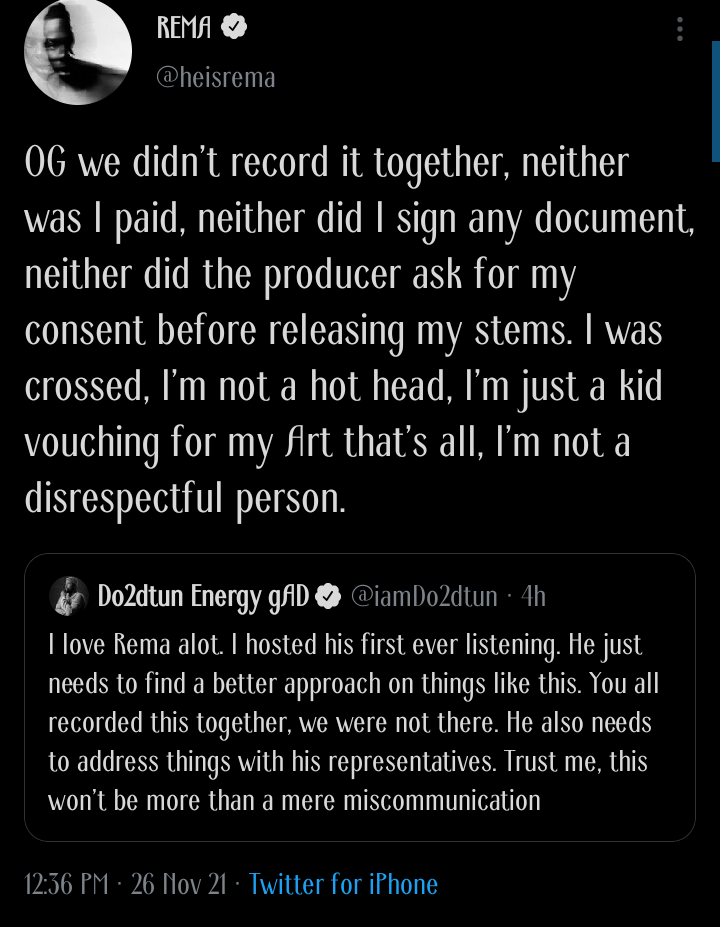