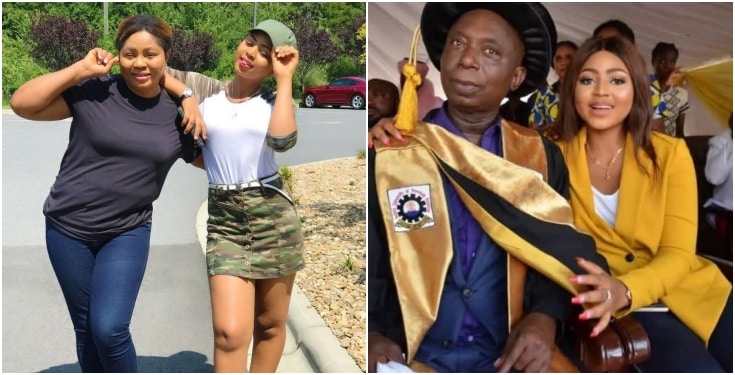 It is no longer news that Regina Daniels has been the one dominating the media space for a while.

The young lady’s marriage to the billionaire, Ned Nwoko has been causing quite a stir in the cyberspace.

Not only has Regina Daniels been the talk of the town, her mum, Rita Daniels has also been under a lot of heat for approving her 22 years old daughter’s marriage to 59 years old Ned.

In the furious spats on social media, Rita is being berated for allowing her daughter to marry a man that is old enough to be her father.

ALSO READ:   “The love she had for me was just too much” - Stella Damasus breaks down as her mother-in-law dies

According to the critics, she technically sold her daughter to the elderly man who just won a seat at the Nigerian senate.

Regina Daniels who is rumoured to be four months pregnant has reportedly become the fifth wife of Ned Nwoko who has been the brain behind her luxurious lifestyle.

Read some of the comments below. 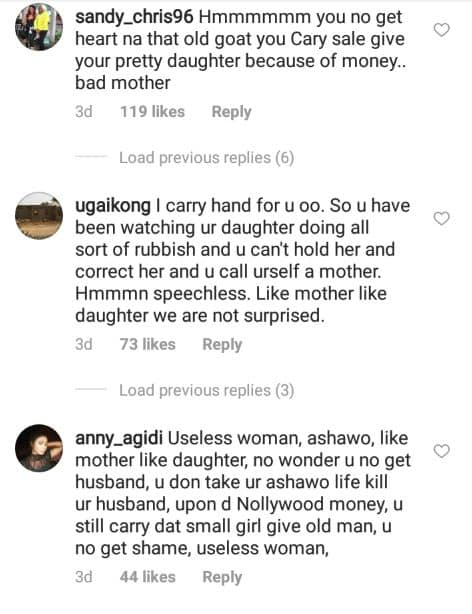 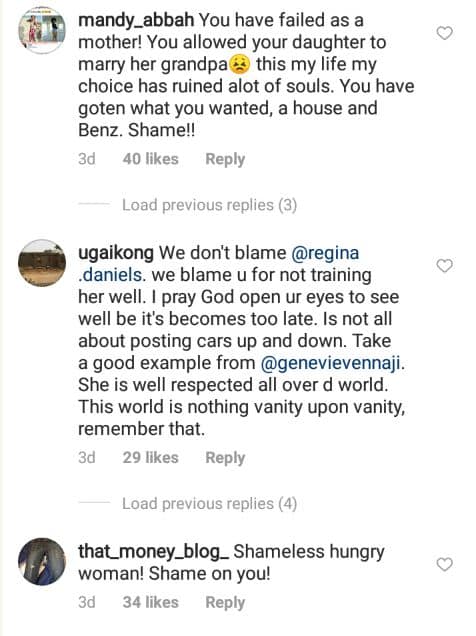 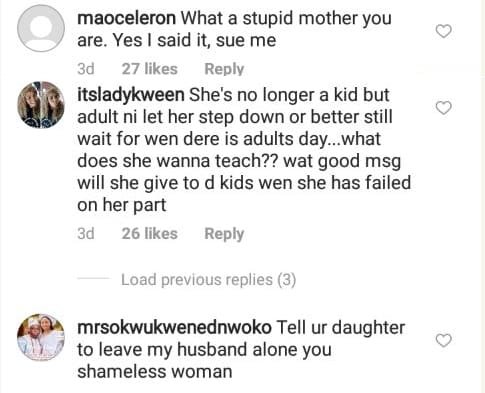 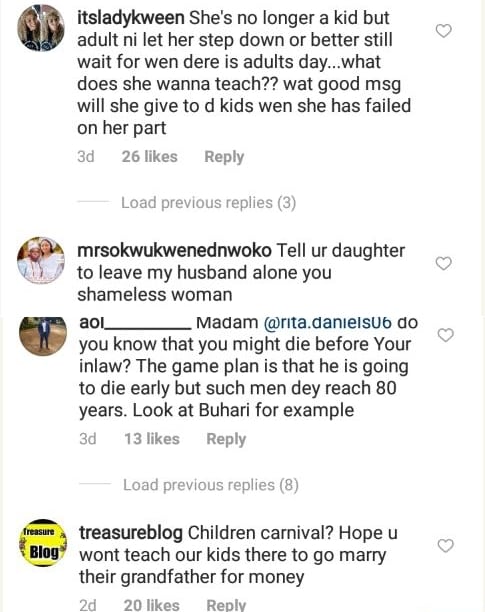 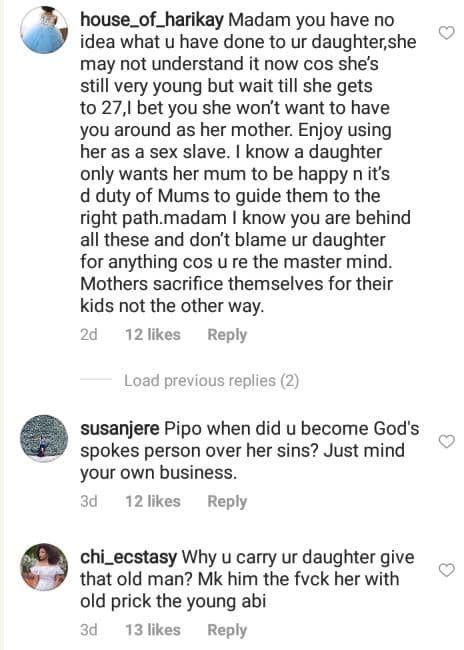 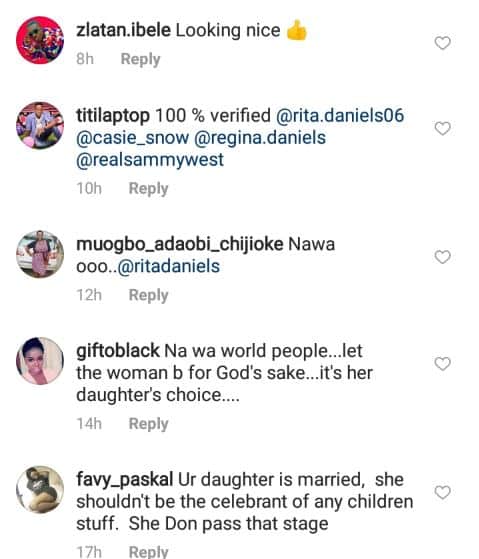 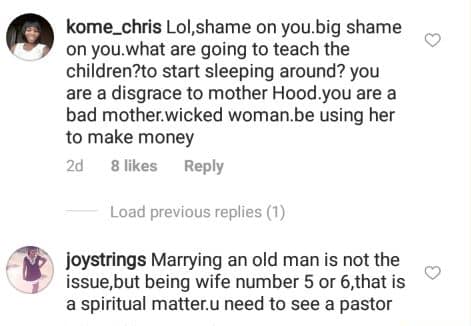