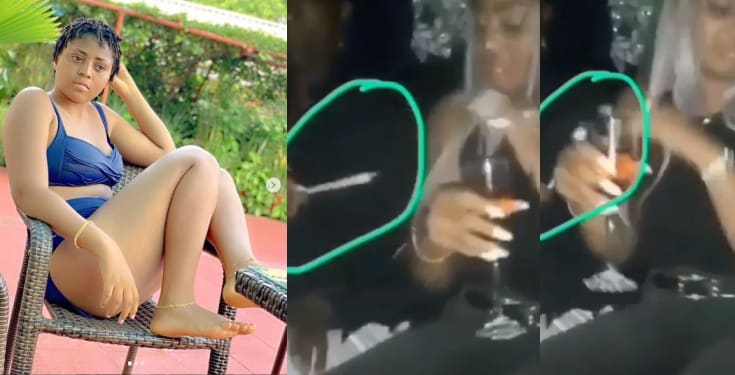 Young Nollywood actress, Regina Daniels, is obviously one who knows how to get fans talking and it is obvious she is living her best life.

After it became public knowledge that Daniels is in a romantic relationship with Nigerian billionaire, Ned Nwoko, her lifestyle seems to become a topic of discussion among fans.

Daniels’ has set social media buzzing with reaction and stares after she and her billionaire husband, Ned Nwoko were spotted chilling and the actress seen, smoking marijuana.

Regina recently left some of her fans and haters alike green with envy after she showed off yet another brand new Mercedes Benz jeep and claimed it was the gift she woke up to.

Considering that she now has several cars at her beck and call, the actress added that she might own a garage soon.

Despite facing criticism from some people over her new found lifestyle, the film star also seems to have a number of supporters.

Emotional moment Fireboy broke down in tears of gratitude after performing at Wembley Stadium...