Home Entertainment News Regina Daniels And Ned Nwoko Planning The Most Expensive Wedding Of The... 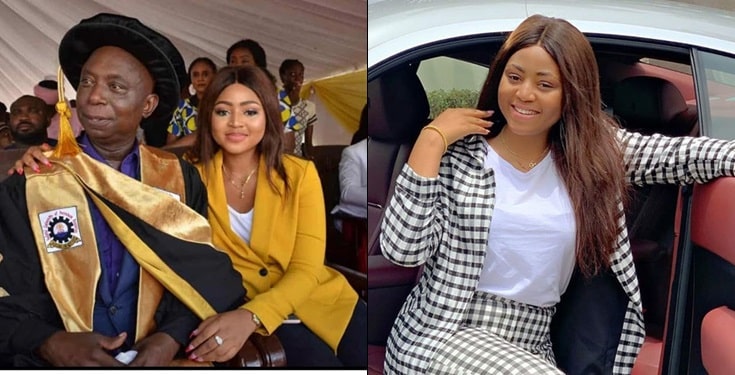 According popular blogger, Stella Dimoko Korkus, Nollywood’s trending actress Regina Daniels (22years?) is set to properly wed Senator Ned Nwoko (59years)in a matter of weeks as you read this and this may turn out to be the most expensive wedding this year.

According to Insiders,the actress and the love of her life Senator Ned Nwoko had their introduction to Marriage some weeks back but because the event even though coded was so big and well organised,many thought it was the Marriage proper but the love birds kept quiet whilst the plans for a wedding that ‘will shake town’*’ is ongoing…

The actress has already shopped for all what she needs for her special day and there are stories floating around that she was gifted a Billion naira to buy whatever she wants and there is a house in her name in London as well….
Insiders say that ”The Senator is totally smitten with Regina and even behaves like a love struck teen when he is with her,he has eyes for no one else right now and that is the reason some of his other wives have decided to move on with their lives,angered by all the big publicity trailing the actress’ relationship with their husband.If care is not taken,she will be the only wife with the Senator by the time they wed…”

The Big wedding is happening soon and there are whispers that it is planned for the month of May (unless it is cancelled)and their stepping out together last weekend as a couple was well timed and well planned.

The actress may have confirmed to some that she is not Married to the Senator,which is correct but ”she is wearing a very expensive diamond engagement ring and allegedly does not want to talk about it until she marries him but she is very proud of him and talks about him and flaunts him around town but not on the social media…..”