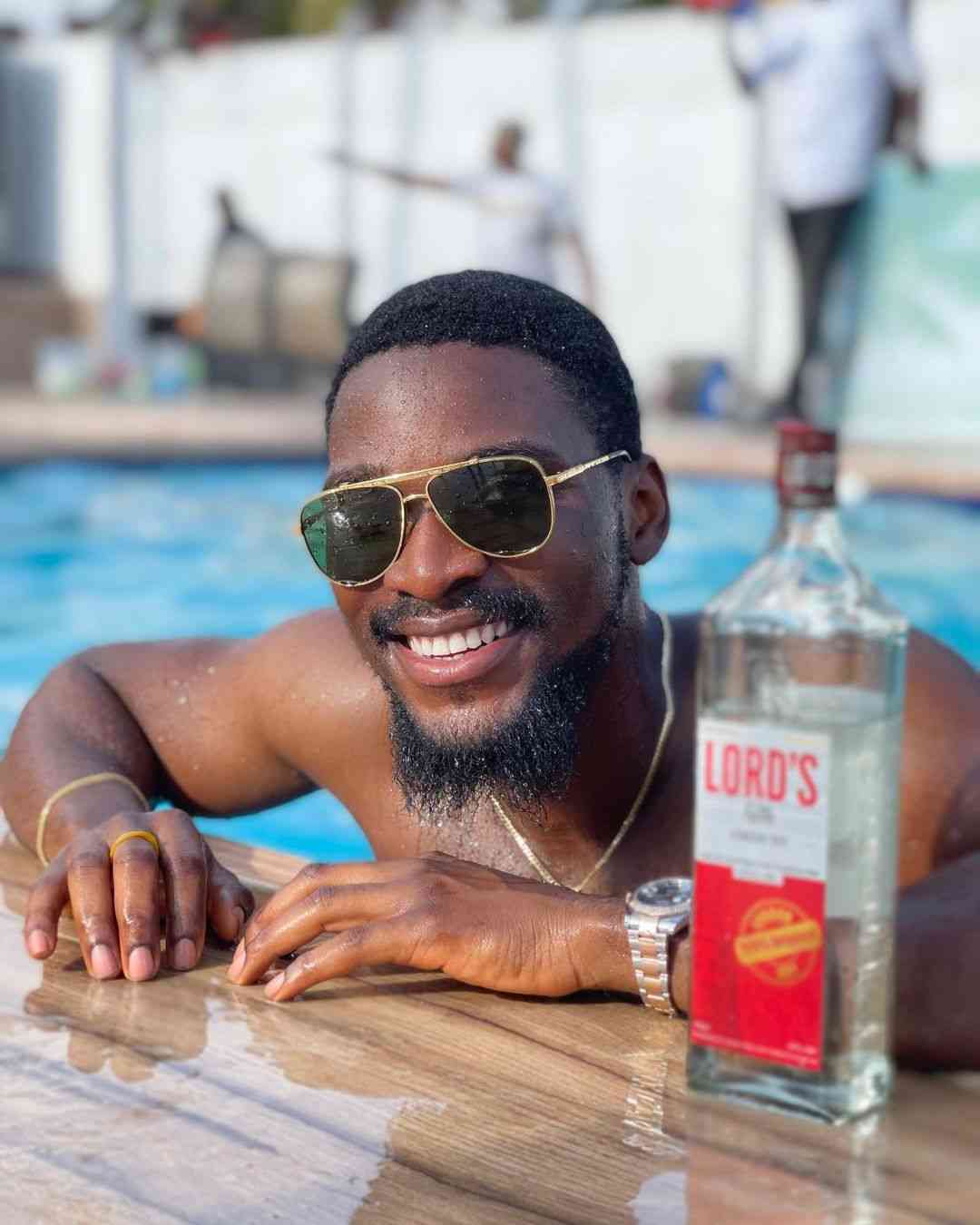 Tobi Bakre, who was a finalist in the 2018 edition of the Big Brother Naija reality show and brother to KraksTV founder, Tunde Bakre has finally revealed he’s ready to become a married man.

Taking to his verified social media page, Tobi Bakre dropped some lovely photos as he announced his upcoming wedding to his followers, fans and friends. 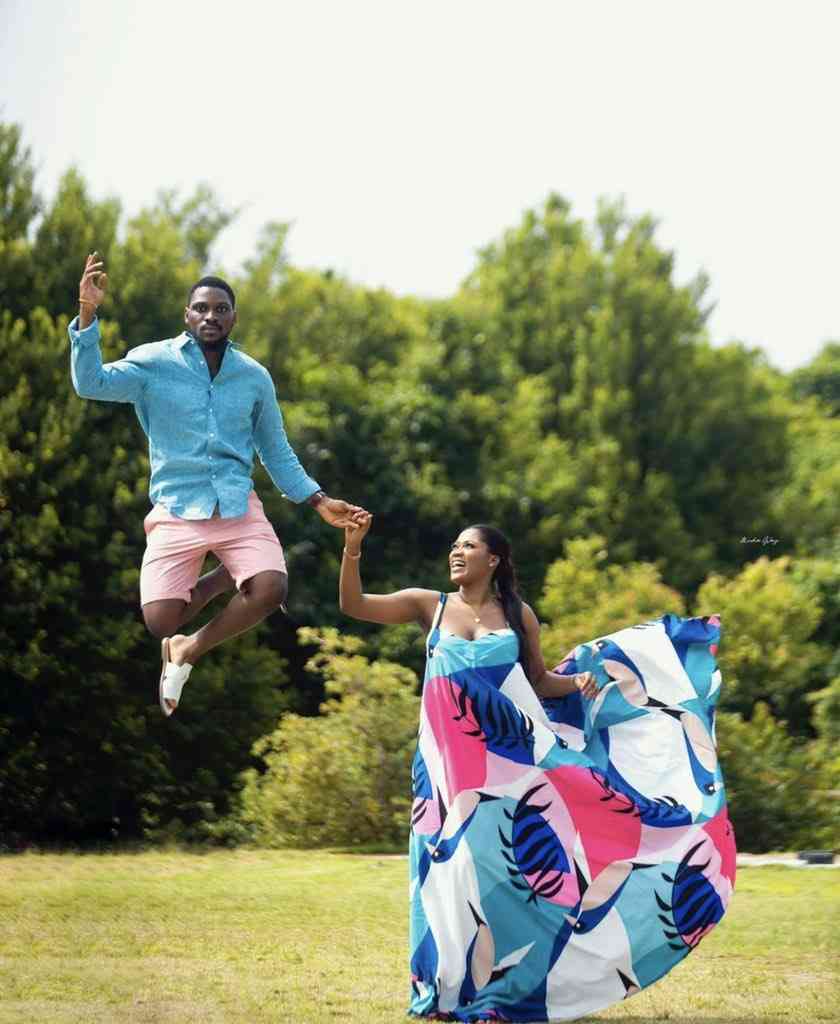 According to Tobi, “dem catch me”, he said … referring to his longtime girlfriend Anu Oladosu who is seen in the photo holding hands with him while he stayed in the air.

While captioning the post, the 27-year-old reality TV star wrote: 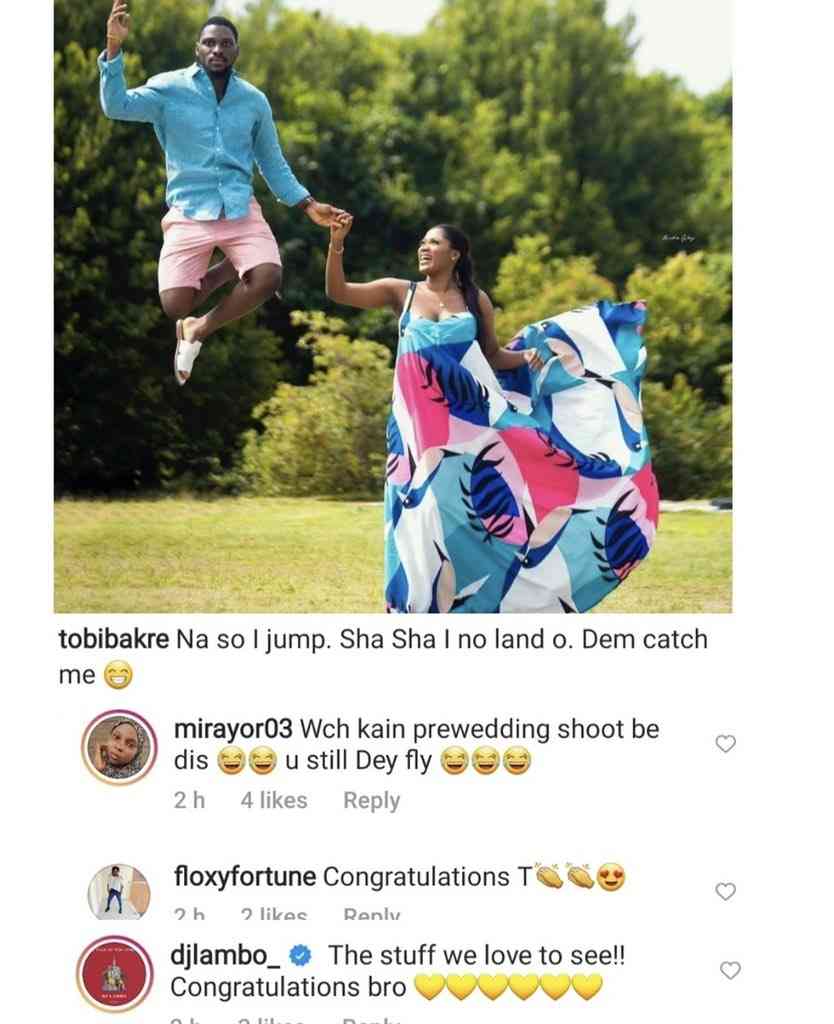 See some other reactions below as fans and friends congratulate him, ahead of his Big day; 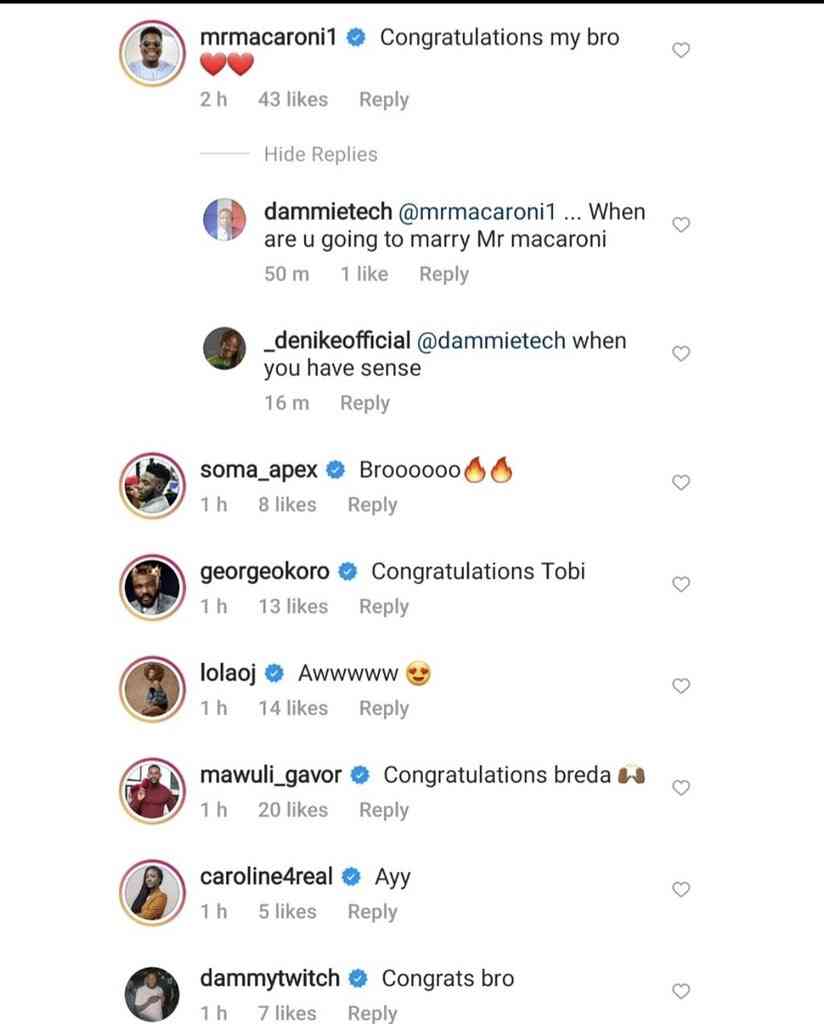