Nollywood actor and movie producer, Ugezu J. Ugezu has reacted to the post-surgery photos of the reality star, Nina. 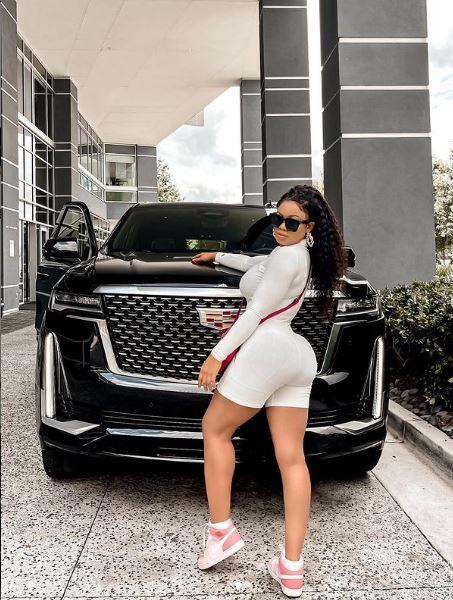 The actor took to the comment section to drop a savagery remark after Nina posted a recent photo of herself after a month she underwent butt surgery.

Ugezu expressing his disapproval over an artificial enhancement said that no matter how nice or appealing it may seem to be, real men won’t still be attracted to it due to the fact that it isn’t natural. 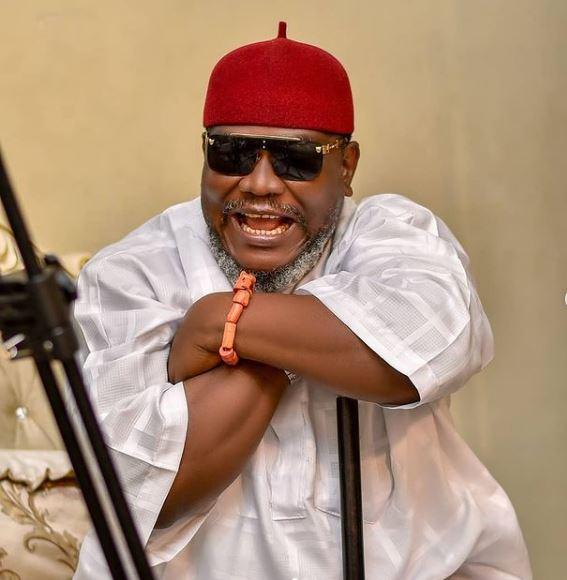 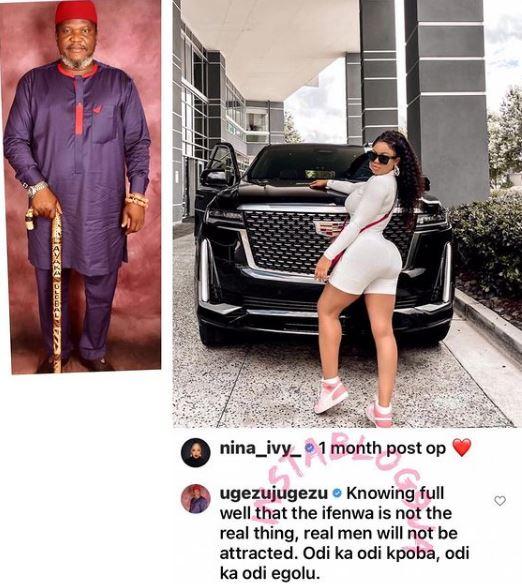 In an earlier report, Yvonne Jegede son, Xavier Jegede has bagged an ambassadorial deal with a kiddies brand.