Nigerian media personality and TV host, Toke Makinwa has taken to Instagram to show off what she ‘inherited’ from her late father.

Reports gathered that Toke Makinwa’s father lost his life in a gas explosion when she was only eight years old. 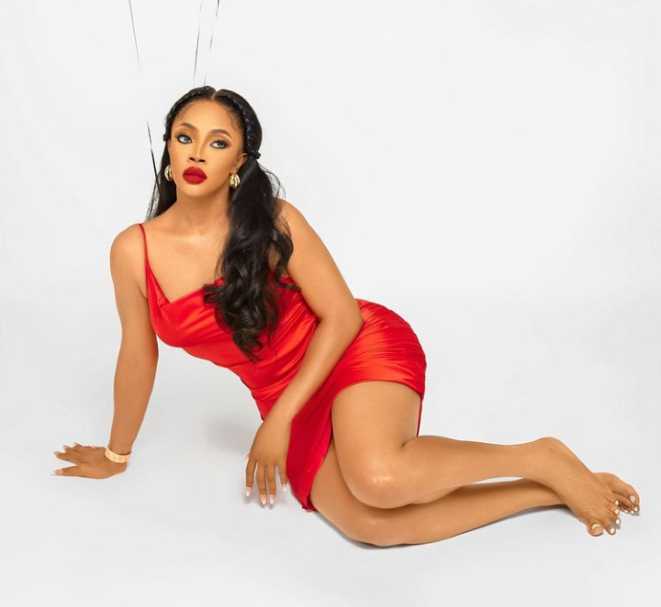 Following his tragic death, Toke did not relent in her dream to become successful as she kept on working hard to become the brand she is today.

Few moments ago, the controversial host took to her Instagram page to share a photo of her only ‘inheritance’ from her father.

The photo clearly revealed the brown spots on her skin, which she described as her ‘inheritance’ from her father.

She revealed that the brown spots extended from her neck to her shoulder, and her father also had them.

“The only thing I inherited from my late dad, had to burn my skin tags today. Feeling really emosh……” the caption of the Instagram story read.