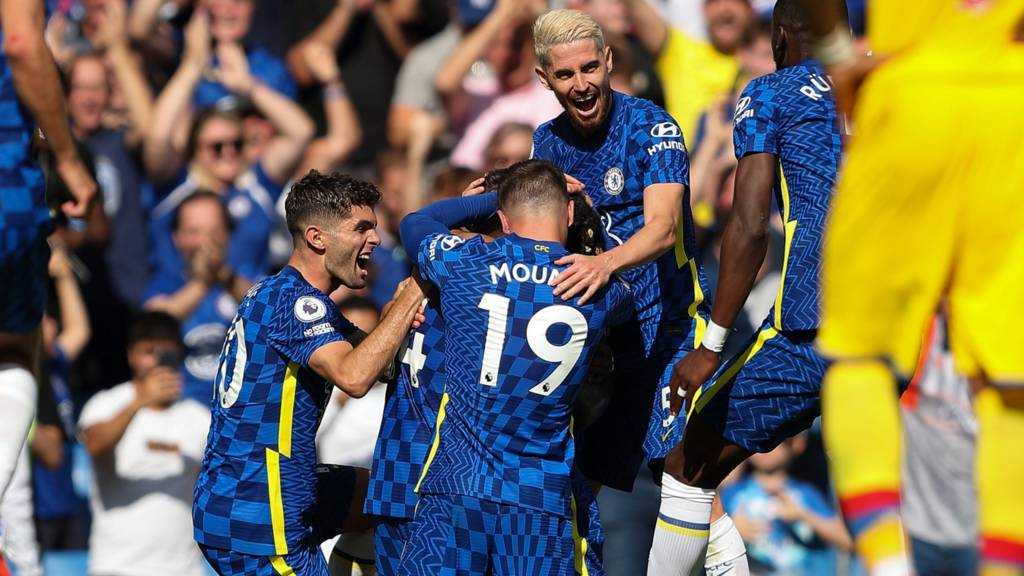 The Blues enjoyed the better of the opening half-hour, and their domination was rewarded on 27 minutes, when Marcos Alonso curled a beautiful free-kick into the top corner of the Palace net from the edge of the box.

The lead was doubled on 40 minutes, with Mount whipping a cross into the six-yard box which Guaita couldn’t hold, allowing Christian Pulisic to bundle the ball home from close range.

Chelsea never looked in danger of letting their lead slip, and Palace struggled to lay a glove on the superior hosts. And the game was killed as a contest just before the hour-mark, after defender Trevoh Chalobah fizzed an effort from outside the box which snaked into the bottom corner.

The Blues saw out the final half hour in pure comfort to record their first three points of the season, condemning Vieira to a losing start as Palace coach.