Prophet Chukwuemeka Odumeje popularly known as “Indaboski Bahose” is seen in a viral video performing a weird miracle on an old woman with crutches. 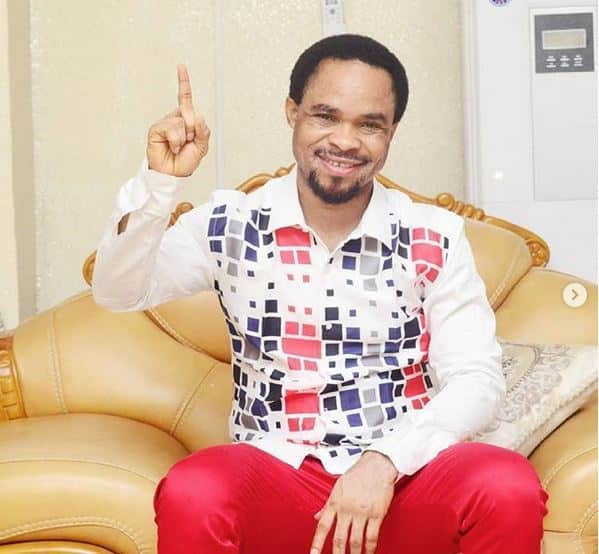 His dramatic performances in church ranges from worshipping to dancing have all brought him to the social media limelight. 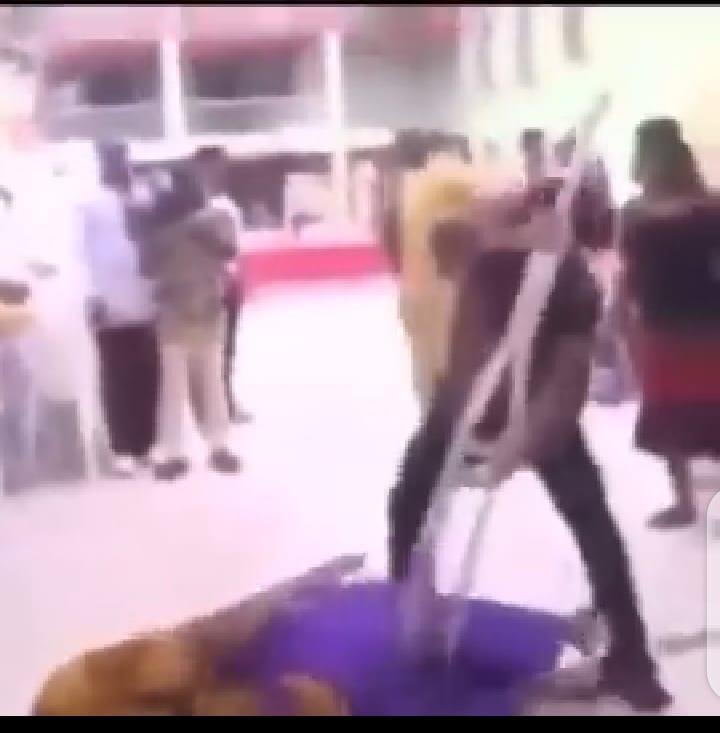 Just recently, a viral video is seen circulating online. The prophet is seen hosting a deliverance section for a woman who’s unable to walk with both legs properly. 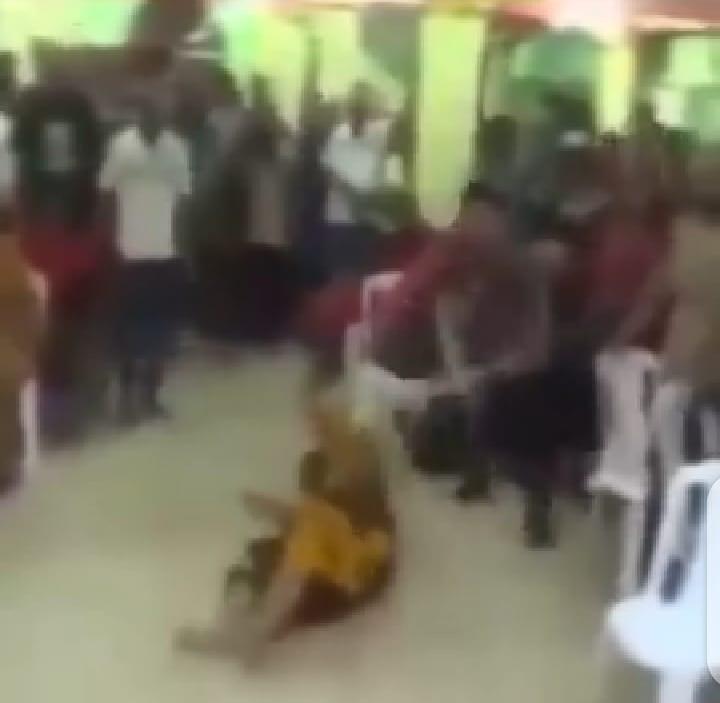 In the video, he is holding the crutches of the old woman as he is charged to perform another miracle.

However, in the course of this event, the man of God uses the crutches as a mantle as he hits her violently against the floor.

His church congregations were all present during this viral performance as they all wait in anticipation of a miracle.