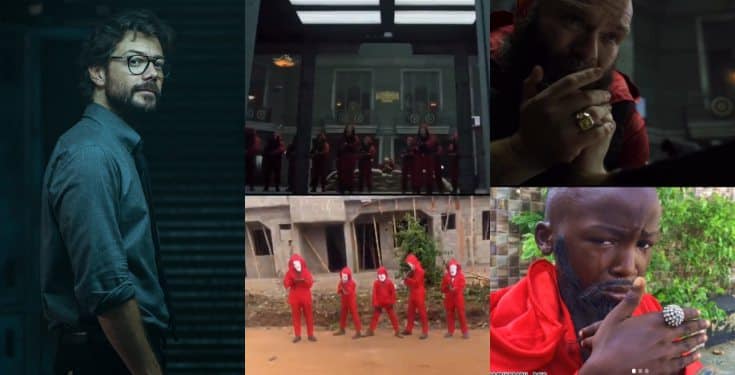 The talented young stars had caught the attention of members of the internet community after they made a version of the official trailer for the fourth season of the highly acclaimed series.

Moments after sharing the video on Twitter, it garnered 1.7 million views and over 150k engagements on the micro blogging platform.

Among those who were taken by the creativity of the young boys is the actor who played the role of Professor in the movie. Reacting to the video on Twitter, the actor congratulated the youngsters for putting up an amazing job.

He said: “What an amazing job!!! Congrats!! Thanks a lot for this.You all are the very best!!”

What an amazing job!!! Congrats!! Thanks a lot for this ❤️ You all are the very best!! https://t.co/pqnPDge6gN