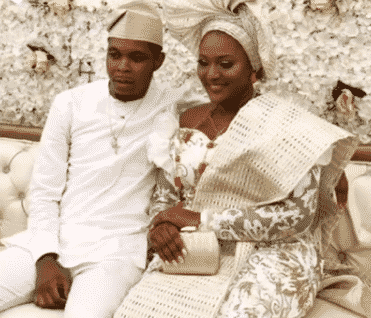 Music producer, Sess Beats held his wedding introduction with his fiancee Feyisara over the weekend.

The couple’s wedding ceremony was attended by friends, family and loved ones including Adekunle Gold and Falz.

Sess got his major break with the music when he got to work with Falz as a producer on his 2015 sophomore album “Stories That Touch”.

Producing runaway hits like ‘Karishika’, ‘Soft work‘, and ‘ello bae’ off the album, Sess soon began to make a name for himself.

The chemistry between both creatives have gone on beyond “Stories That Touch” as seen in songs ‘Bahd Baddo Baddest‘, ‘Wehdone sir‘ and ‘Baby Boy’ among othersall produced by the amazing Sess Beats.