A viral video trending shows a female pregnant student dragging her school boyfriend publicly on campus for refusing to take responsibility for her baby. 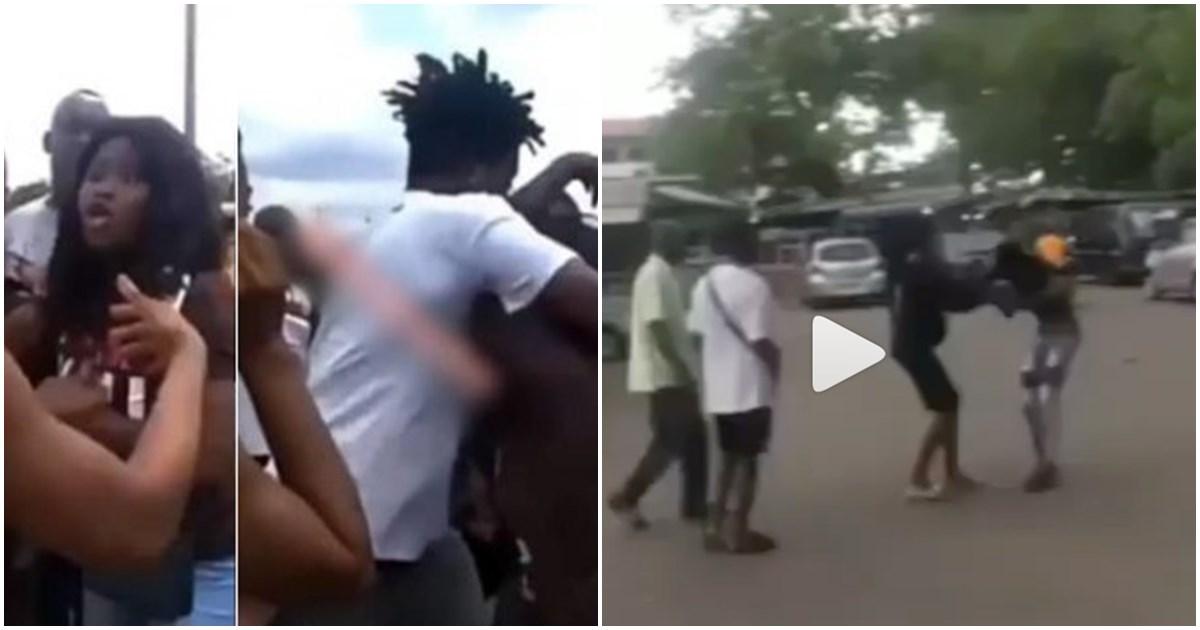 The female student made the confrontation in the university of Ghana campus in Accra.

In the video, the two students were seen engaged in a struggle as people try to separate them.

The male student could be seen asking the pregnant young girl why she’s out to embarrass and disgrace him publicly.