The family of the popular comedian, Caleb Itietie, largely known as Calibird, has announced the burial procedures of the entertainer. 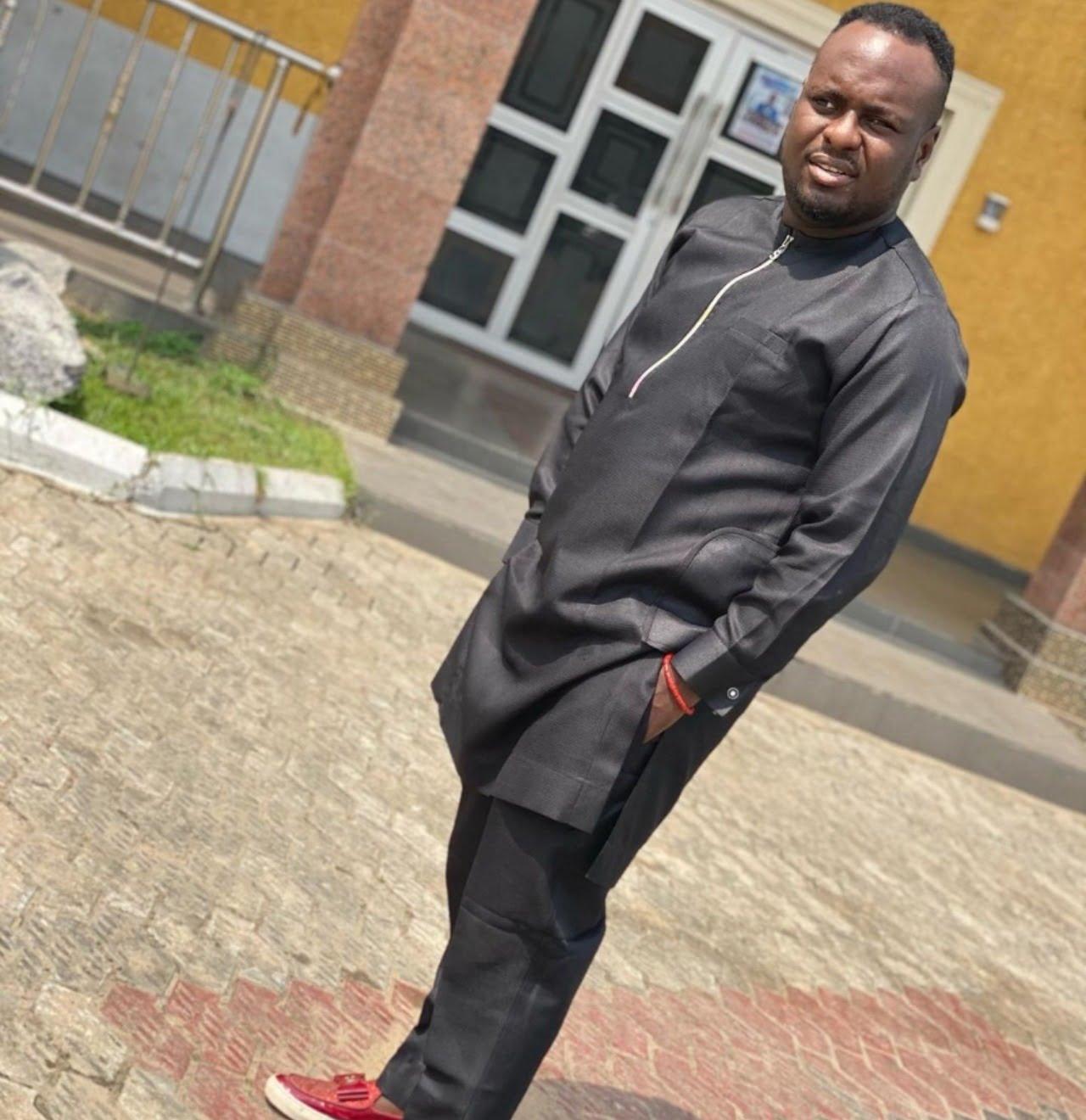 Recall that the comedian was said to have kicked the bucket on Saturday, March 27 at Gbagada General Hospital, Lagos state after battling with a brief ailment.

As stated on the obituary poster, Calibird’s burial is scheduled to take place on Friday, April 9.

A Novelty match will be held on Tuesday, April 6, at Alao AKA Bashorunn Park Lanre Awolokun in Gbagada, followed by a Candle Night on Wednesday, April 7 and service of songs on Thursday, 8 April.

The death of Calibird still remains a big shock to many due to his sudden demise.

See the poster below: 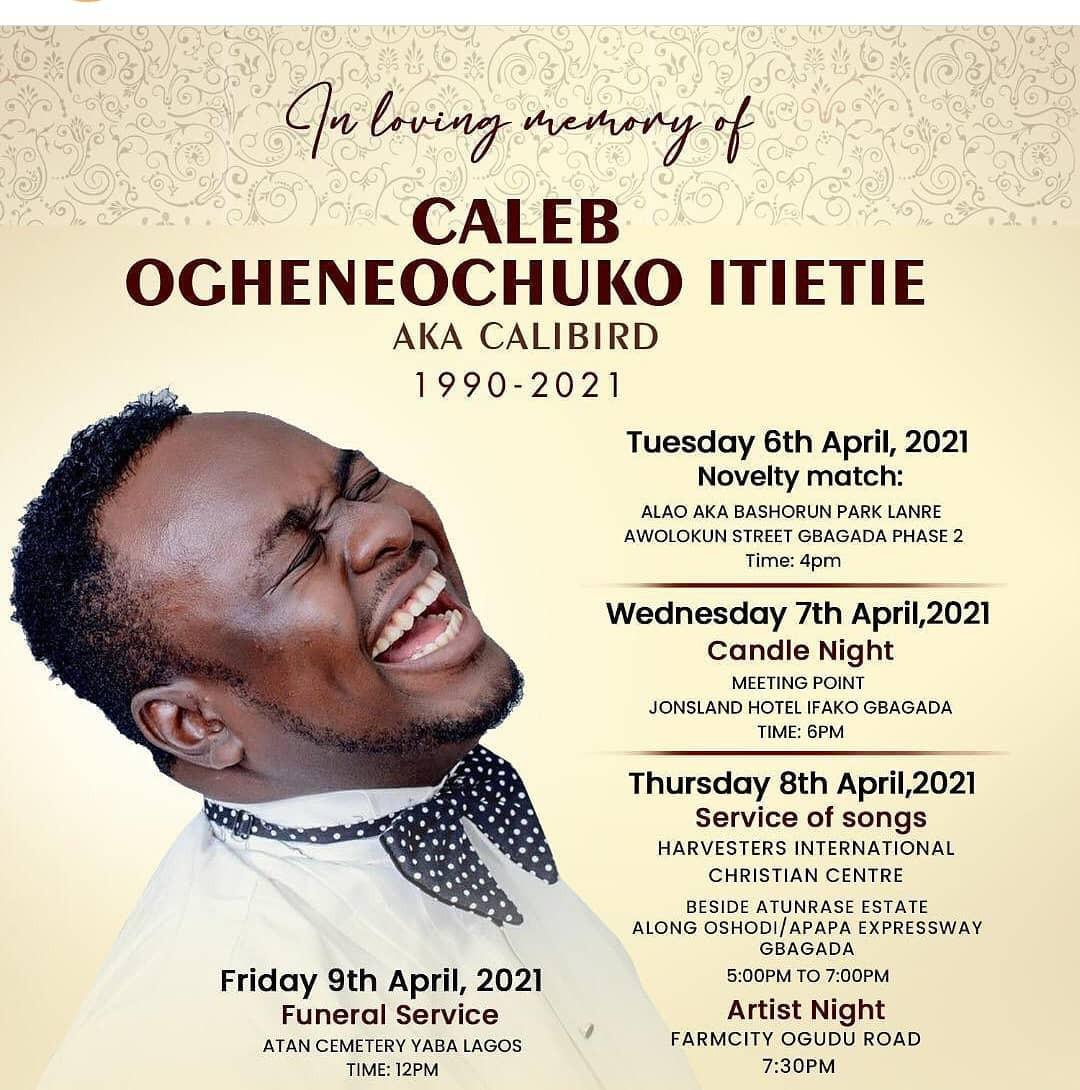