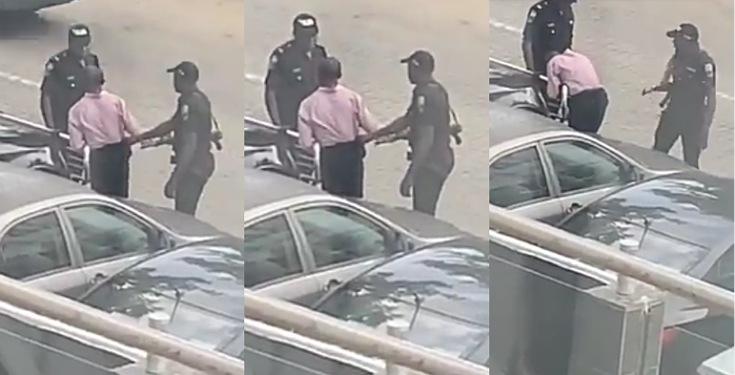 A video making the rounds on social media shows the moment some police officers descended on a man who was passing along the road.

In the video, the officers were seen beating up the man who was wearing a pink striped shirt.

It is however not certain what really transpired between the officers and the man who they assaulted, but Nigerians have condemned the officers for assaulting him.

This is coming after Nigerians teamed up to protest against police/SARS brutality in the country. The protest lingered for long as protesters also demanded for SARS to be abolished.