Home Viral News Police officers celebrate with a CrownPoly graduating student, as they sign on...

Some friendly police officers in Ekiti have been seen signing on the shirt of a CrownPoly graduating student as they celebrate with him. 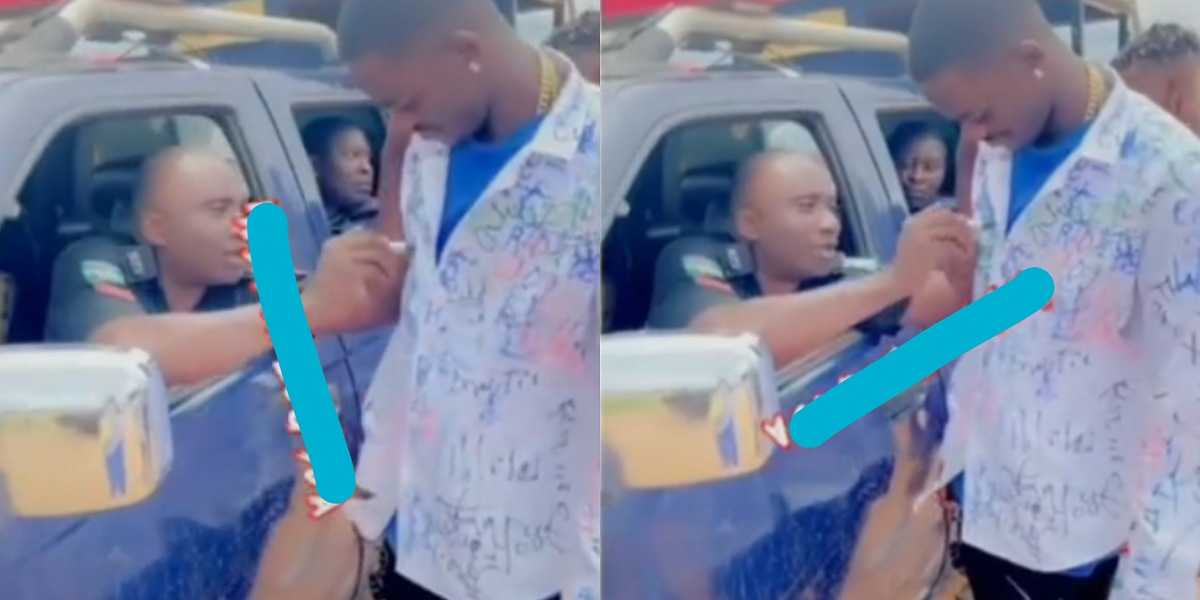 The new video, which is going viral on the internet, has captured the moment where police officers attached to a patrol squadron, happily signed on the shirt of the Crown Poly student — who just graduated.

In the video, a policeman sitting on the driver’s seat of the police car is seen using a marker to sign on the young man’s shirt.

The officer who looked quite happy, wrote something on the shirt of the Crown Polytechnic student before handing back the marker to him as his friends looked on, with surprised faces nearby.