A lady has taken the right measure in narrating the anguish victims of false rape allegations undergo. She begs that people should stop punishing men with rape accusations that have not yet been proven guilty. 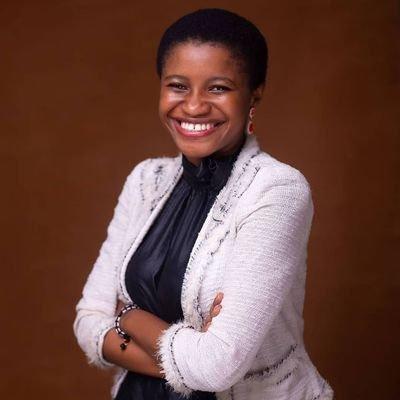 @Dedeoyinajayi who’s a psychotherapist took to Twitter to narrate how a young man who was falsely accused of rape is undergoing anguish as people have continued to see him as an outcast.

The young man lost his reputation which has been damaged so badly, and finally lost his job and afterward, the rape accuser came to apologize to him.

According to her, the anguish in his voice was unmistakable.

She further discloses that wrong rape accusations can induce high blood pressure, lack of sleep, nightmares, job loss, reputation damage, eating disorders, loneliness, and depression. Some of which could lead the victim of false rape accusations to turn to suicide as the next available option if not given therapy. 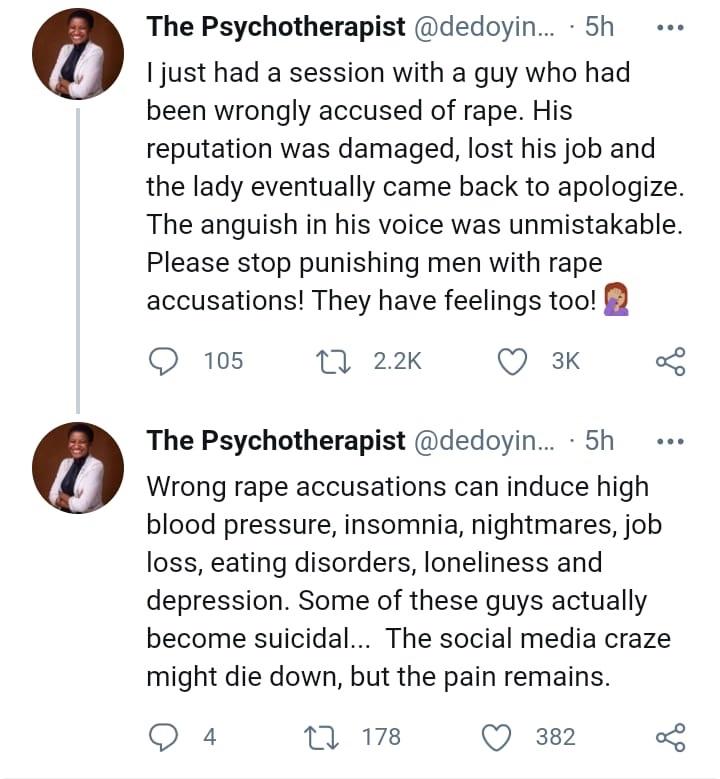