Afrobeats sensation and DMW artiste, Peruzzi has thrown shades at singer Brymo after he claimed that his album, “Yellow” is the best in 2020. 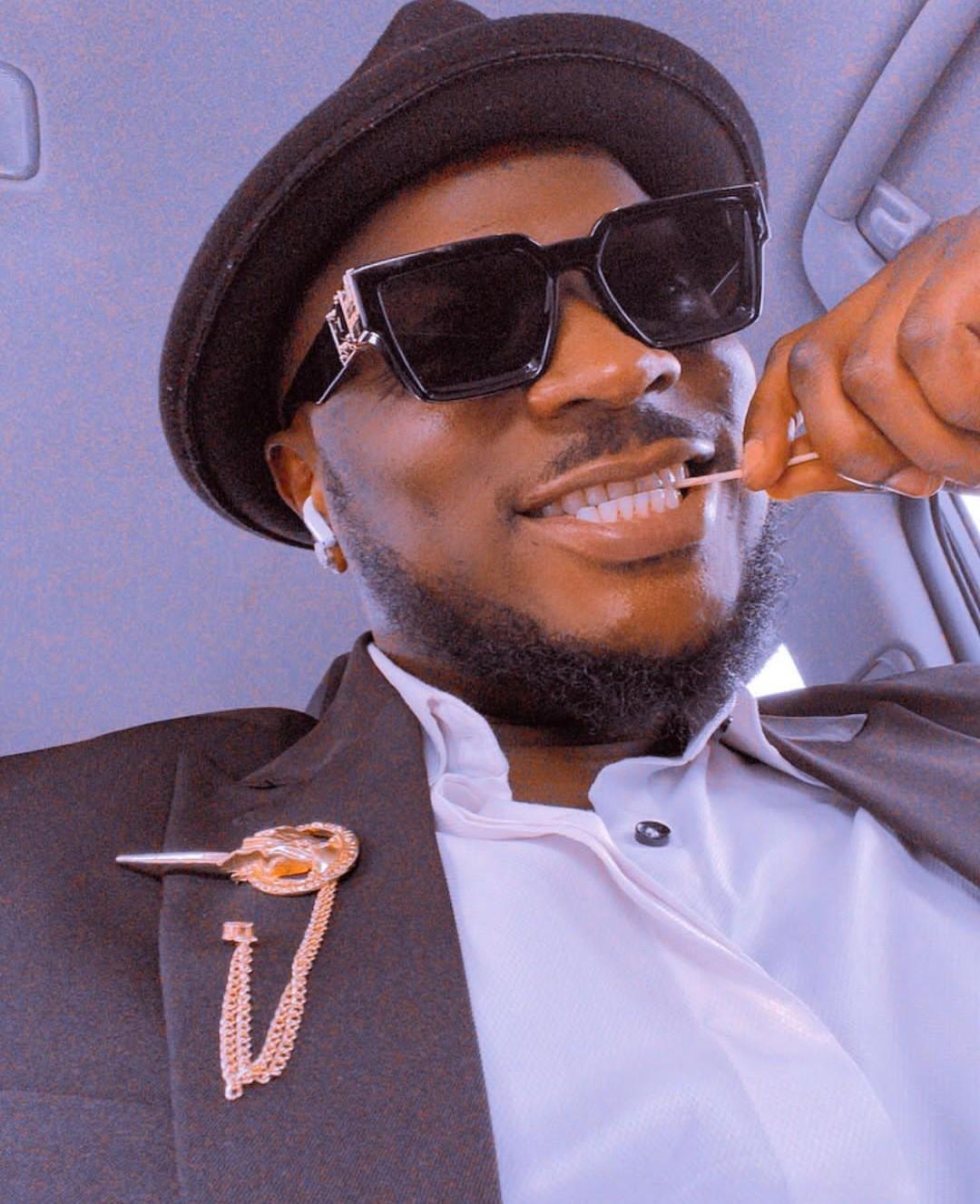 Brymo, a former Chocolate City artiste earlier claimed that his album, “Yellow” is the best album out of Africa in 2020, adding that all other albums are just over hyped.

“Yellow is the best album out of africa in 2020, others are most hyped!!” Brymo said.

Then Peruzzi who has constantly been celebrating Davido’s latest album, dragged Brymo, saying he should put on a cloth because he’s probably feeling cold.

“Others Are What? Go wear shirt, cold dey catch you.” 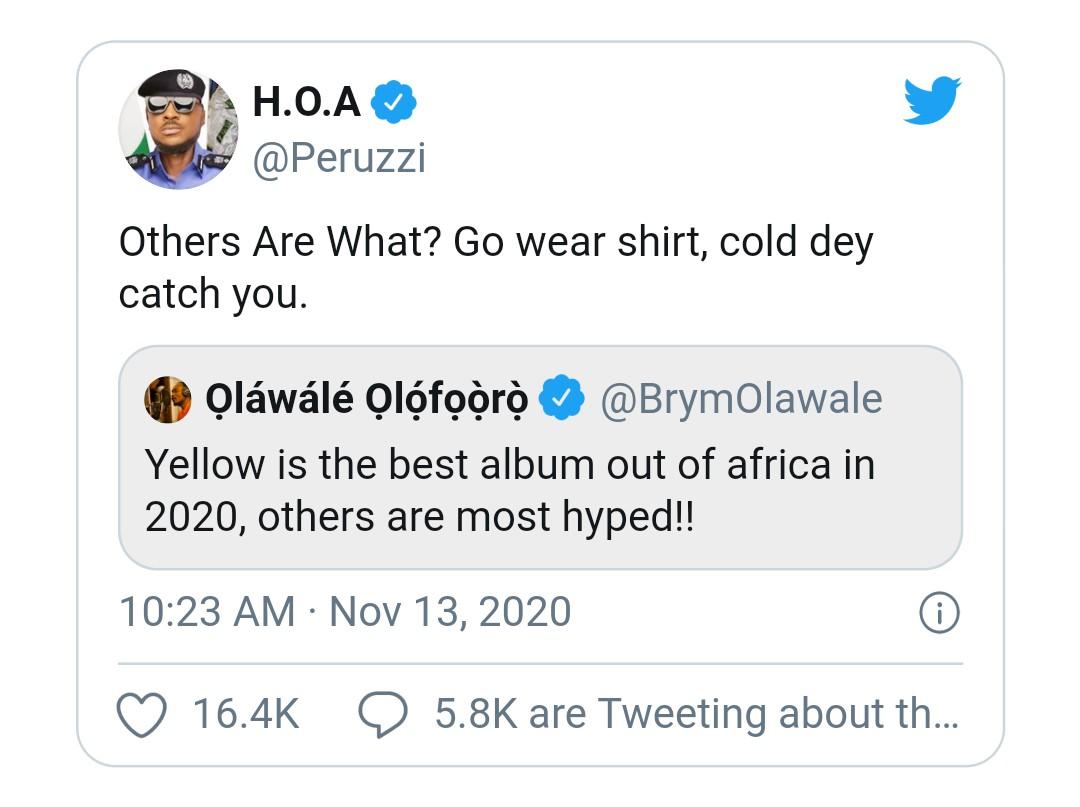