As the year is coming to a close, popular actor, Williams Uchemba has recently disclosed the inner thought of some people who are envious of his success. 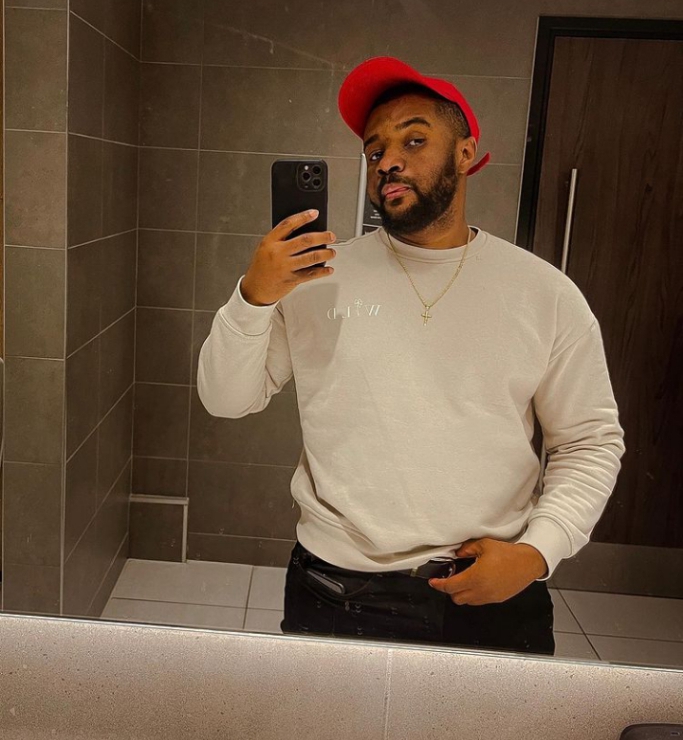 The philanthropist took to his Instagram to disclose this via a write-up.

According to him, there are some people out there who want to see him broke to the extent that he resorts to begging.

Sharing a photo of him sitting on the ground by the roadside begging for alms, he cautioned his fans and followers to be careful during the Christmas festivities as evil still lurks.

“They literally want to see you beg on the street. And if the eyes can see the heart of men you will realise that most of them are fronting as friends and even feeding on the same place with you.

Be careful who you allow come close to you this season. Don’t let your food or drink to go to the bathroom for anyone. The kind evil in this world now even devil shock.” 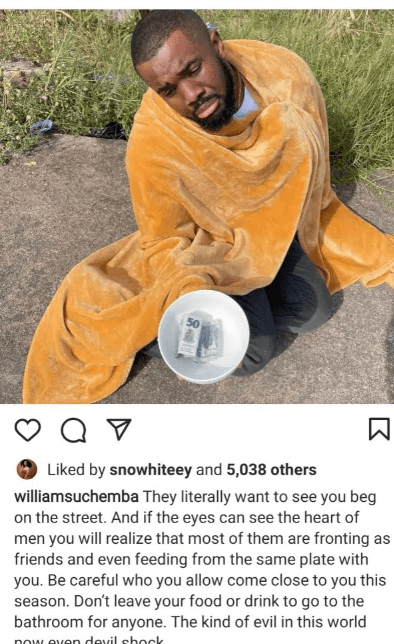