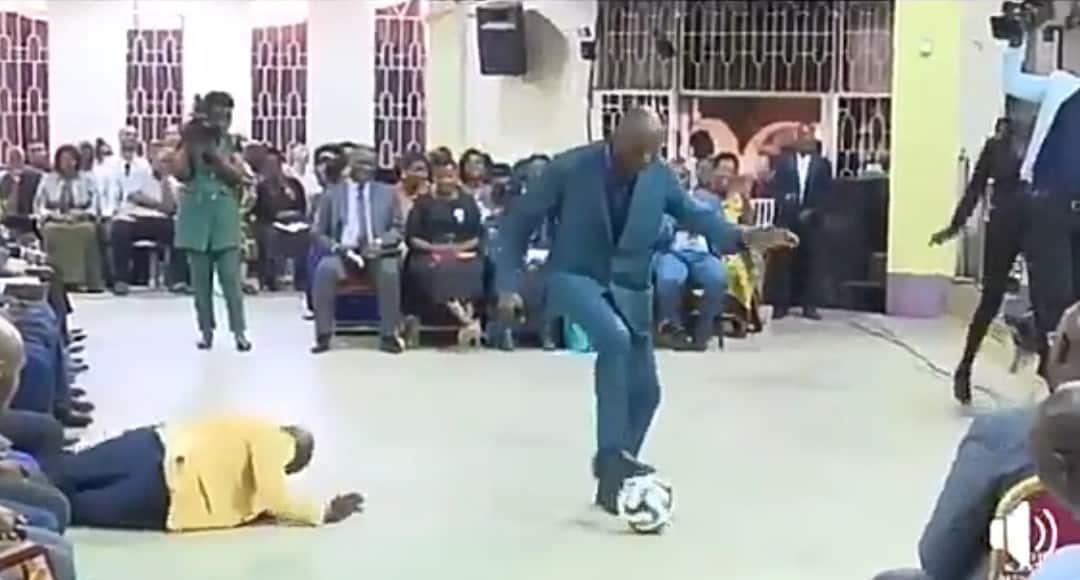 A video which recently surfaced on social media has captured the moment a popular pastor performed deliverance on some of his Church members using a football.

The members were were seen in the video coming out to tackle the pastor one-on-one in an attempt to retrieve the ball, but the moment they got close to the Pastor, they went under a kind of influence and began to stagger until they fell.

The video which appeared on a twitter handle “@Retrogodammed” did not specify where the deliverance took place but it appeared it was somewhere in Africa.