Home News Pastor massages his saliva on face of member to prove a point...

A video making rounds on social media capture the moment Pastor Michael Todd spits on his hand and rubbed it on the face of one of his congregation. 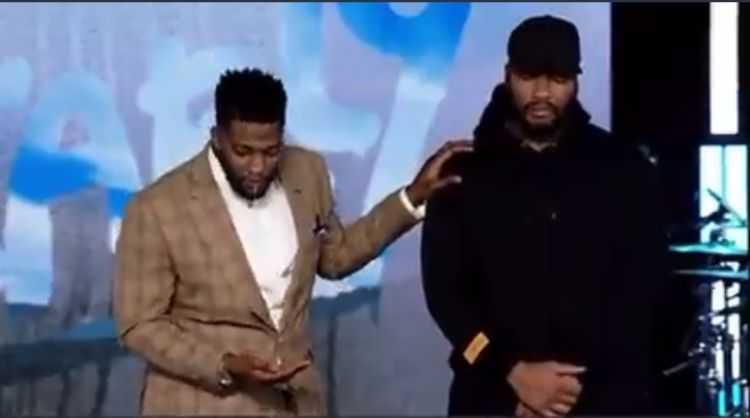 The lead pastor of Transformation Church in Oklahoma, America, during one of his preaching, made an illustration to explain why most believers turn their back on Jesus Christ.

During Pastor Michael Todd’s demonstration, he stated that the vision from God sometimes comes in a nasty form as he illustrates by spitting on his hand and massaging it on the face of one of his members. 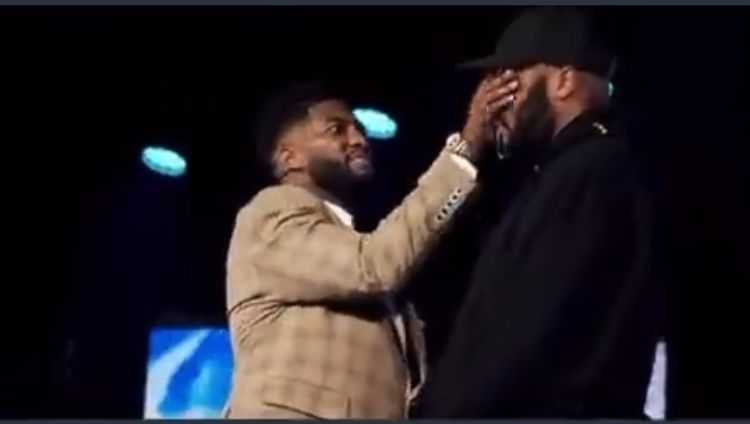 manz stood there and spit on some to pass a message… pic.twitter.com/O8hxOeFGZG