An Abia State Pastor is faced with shame after attempting to abort the pregnancy of his fiancee that led to her death. 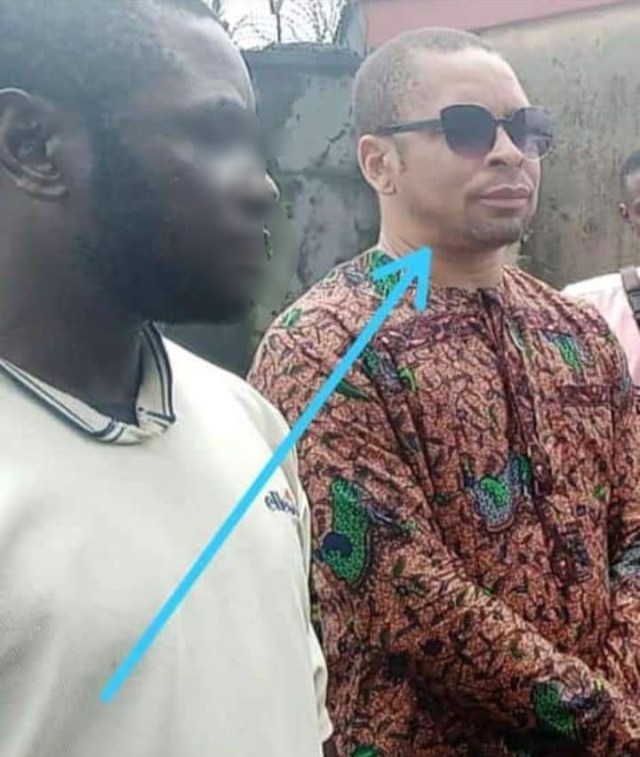 The narrator who called out the preacher over his continued service to his church narrated how the pastor laced his fiancee’s drink with a substance that led to her death.

“… FMC and registered her with another name all together and began to call her family that she was ill, it was immediately her sister stepped in that Chioma died. Her family decided to conduct an Autopsy and discovered her drink was laced and there was attempted abortion on her. He was called and queried. 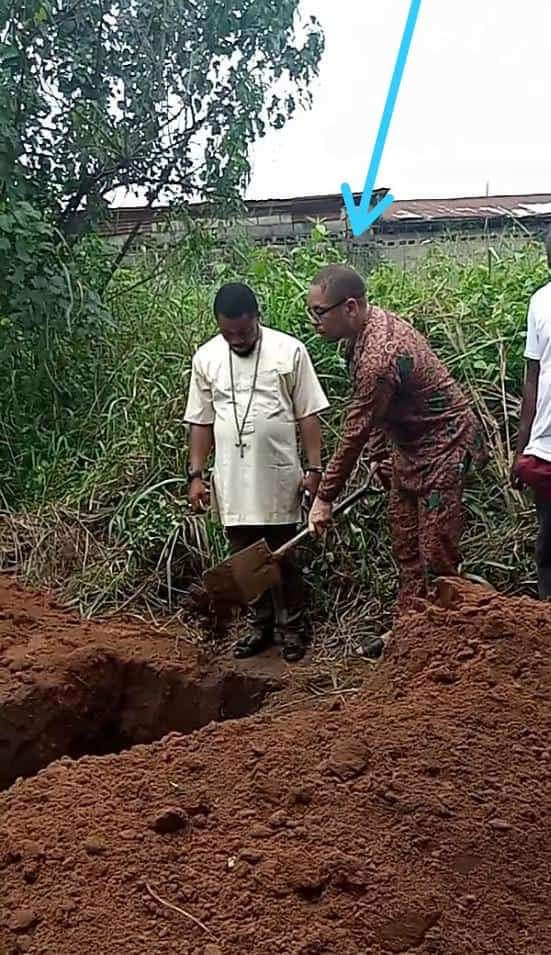 That was when he accepted he had a hand in her death and that he laced her drink with a substance that will make her unconscious. Her family didn’t want trouble (she’s actually from a very strong Christian home, her brother’s are pastors and her mum is a devoted Christian) he was arrested but released on the grounds that he will marry her corpse.

He did the necessary rite and she was buried in umuahia but not he’s father’s compound but a cemetery, probably he’s trying to cover he’s sin. Churches still call this man to come and preach and give ministration, he is still a theology teacher at bethel seminary, this man is walking freely like nothing happened but we won’t keep quiet.” 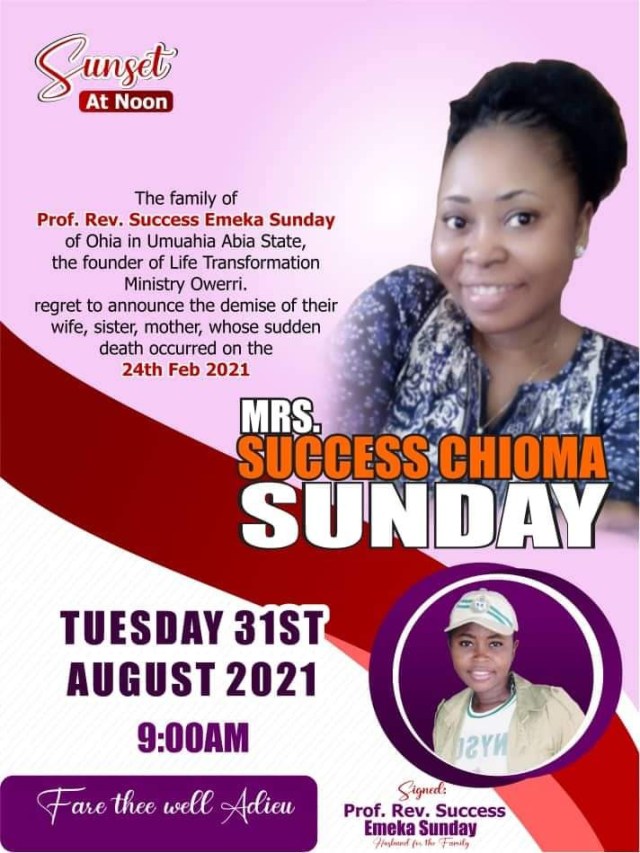 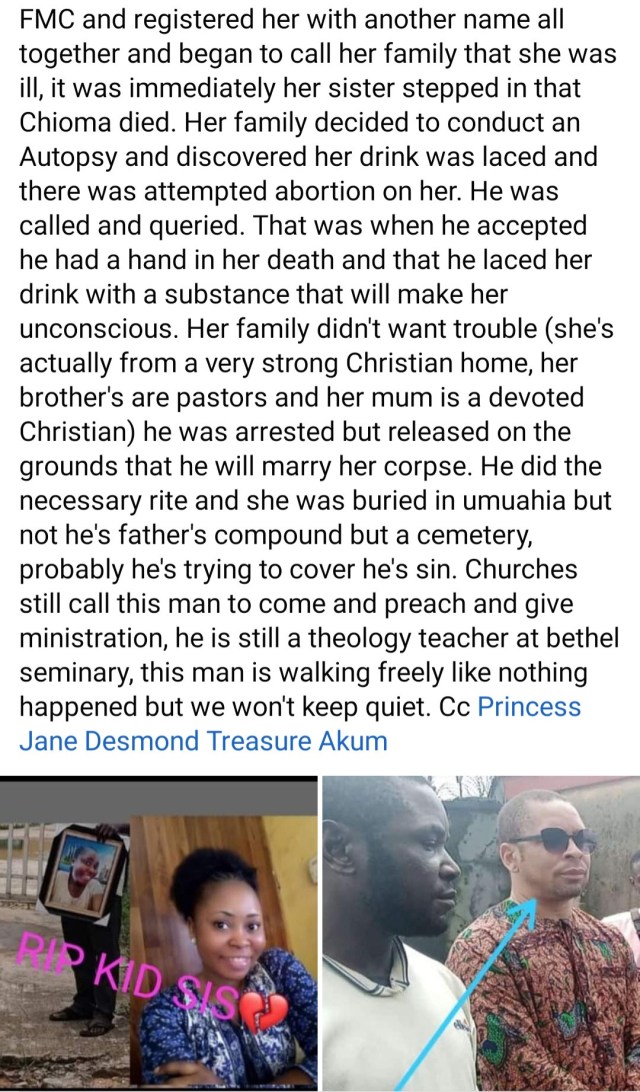