Home Viral News Parrot is taken into custody for screaming “Mama, Police!” to tip off... 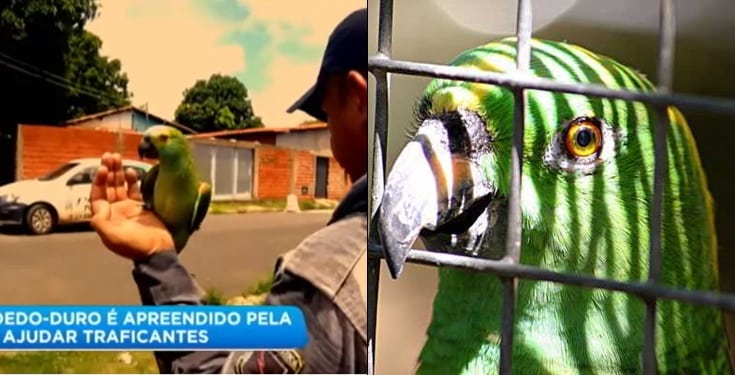 A parrot has been taken into custody by the police after he almost jeopardized a police raid by tipping off drug dealers to the presence of police.

According to Brazilian police in the state of Piauí, they encountered the unnamed parrot at the home of the two alleged crack cocaine dealers, perched inside a small brick one-story home with a windowless facade. Brazil’s R7 news channel reported that as police searched for the suspects, it seemed the lime-green bird knew exactly what to do.

One officer involved in the operation said: “He must have been trained for this. As soon as the police got close he started shouting.”

The bird’s efforts were not successful, however. Footage of the raid’s aftermath aired by R7 shows police cataloguing small bags of crack while the parrot sits obediently on a countertop next to a racecar helmet and a glass bottle. His apparent owners, a man and teenage girl, were arrested, local newspaper Meio Norte reported.

The “trafficking parrot” (papagaio do tráfico, as news outlets are calling him) was also seen as an officer carried him out of the house on his fingertip, before placing him in a cage and taking him into the Teresina Police Department.