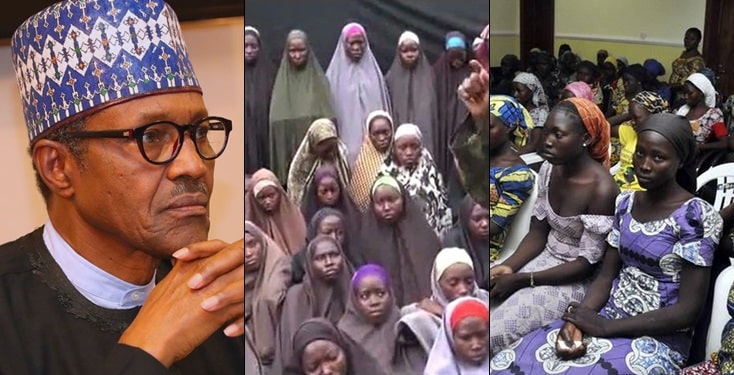 Parents of the Chibok girls still in captivity have accused the APC led federal government of using their daughters to clinch power but not to free them.

The spokesperson of parents of the abducted girls, Mr Ayuba Alamson said the APC has not done enough to dry the tears of the parents despite benefitting enough from their travails.

According to Ayuba, it was a well known fact that Nigerians opted for the change of offered by APC over PDP due to the circumstances surrounding the abduction of the schoolgirls on April 14, 2014 from their school in Chibok Secondary School.

He further blamed the unserious attitude of the administration of former President Goodluck Jonathan, who according to him never believed the girls were abducted until two weeks after.

The spokesperson also slammed the APC leadership in Borno State for what he called failure to act promptly to the security alert in the area before the abduction.

“APC has used the abduction of our girls to earn power in an easy way in 2015 but is yet to justify the promises they made while seeking power then. I also supported the efforts of those parents in voting for the APC, but till today, the efforts are in vain. Our girls were in the hands of the APC government at the state level, while the PDP was ruling at the federal level” Alanson said.