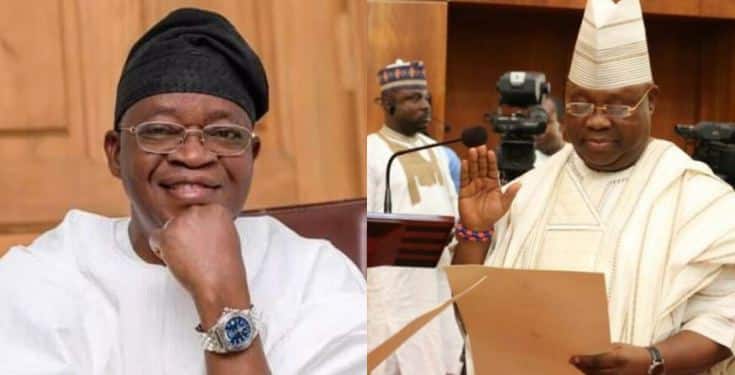 Senator Ademola Adeleke has been defeated by Gboyega Oyetola at the Appeal Court sitting in Osun.

The Appeal Court sitting in Osun state has ruled in favor of Osun state Governor, Gboyega Oyetola, in the Osun 2018 governorship elections.

The election petition tribunal had earlier ruled in favour of Senator Ademola Adeleke.

The judgment which was delivered by Justice Hannatu Sankey set aside the entire proceedings of the Tribunal because of its “faulty composition”. The judgment was upheld by four justices of the five-man panel.

This is all coming few days after Senator Adeleke was arrested by men of the Nigeria Police Force and taken into custody on the evening of Monday, May 6, 2019.