Federal Polytechnic Oko, Anambra State, has allegedly kicked off war against indecent dressing on campus and has placed ban on certain dress codes and fashion outfits. 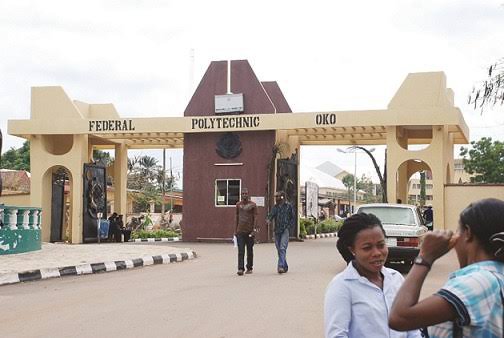 A document has been reportedly distributed to students of the institution to make them aware of certain dress codes that are no longer allowed in the school.

Unnecessarily bushy hairs and beards, artificial eyelashes especially long ones, low-waist trousers, coloured human hair or sprayed hair among others have been banned.

The document now going viralon the internet has sparked outrage among social media usres who have described the new development as “outrageous” and “ridiculous”.

The document reads, War Against Indecent Dressing (WAID) in Federal Polytechnic Oko then goes on to list what is not acceptable in the tertiary institution as regards fashion.

And for male students, they placed ban on long and bushy hair/beard, braids, dread lock and coloured hair, rugged jeans, kaftan without trousers, inscription on hair cut, T-shirts and jeans with immoral messages and more. 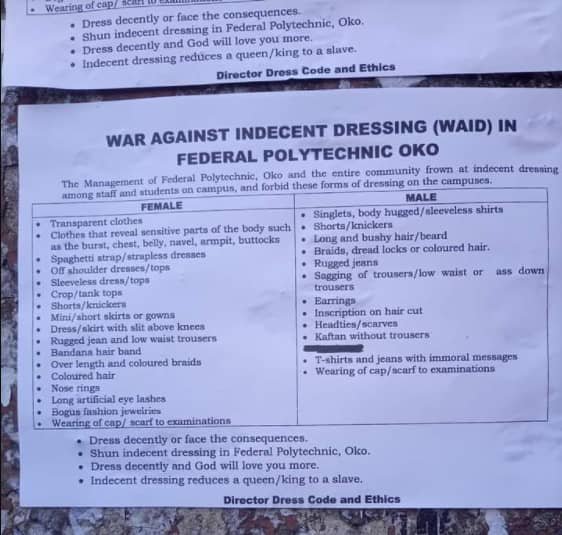 Nigerians have reacted, calling the dress code “outrageous” and “ridiculous”. 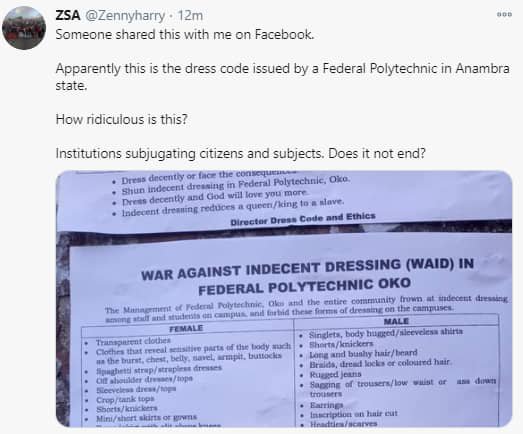