Nigerian musician, Oritse Femi has taken to Instagram to clear the air on the rumors flying around, alleging that he abandoned his late partner, Chi Junglist while he was still sick. 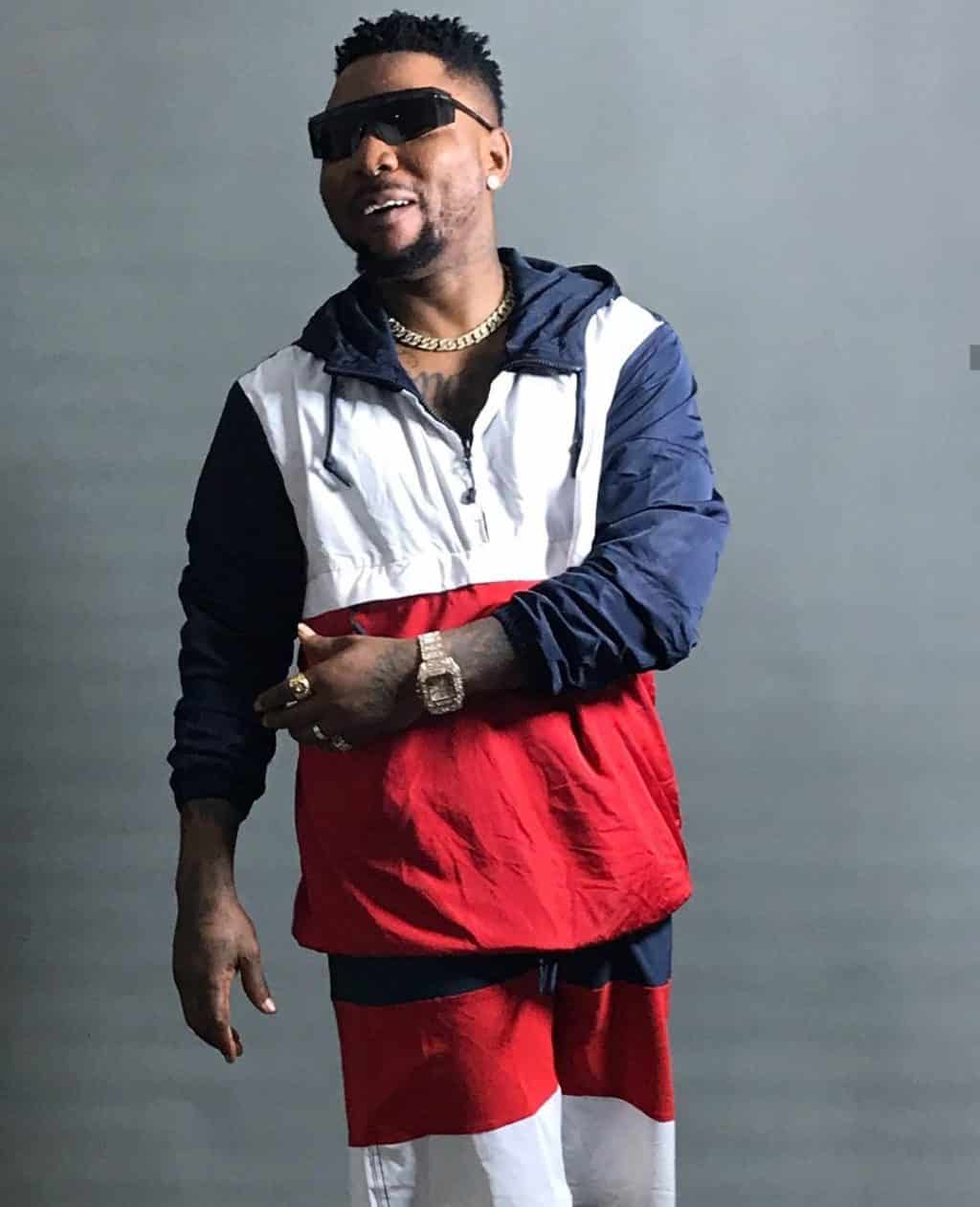 Reacting to the claims, Oritse Femi disclosed that he only got to know about the illness when it was already at a critical stage, and that Chi Jungulist’s so-called friends hid it away from him. 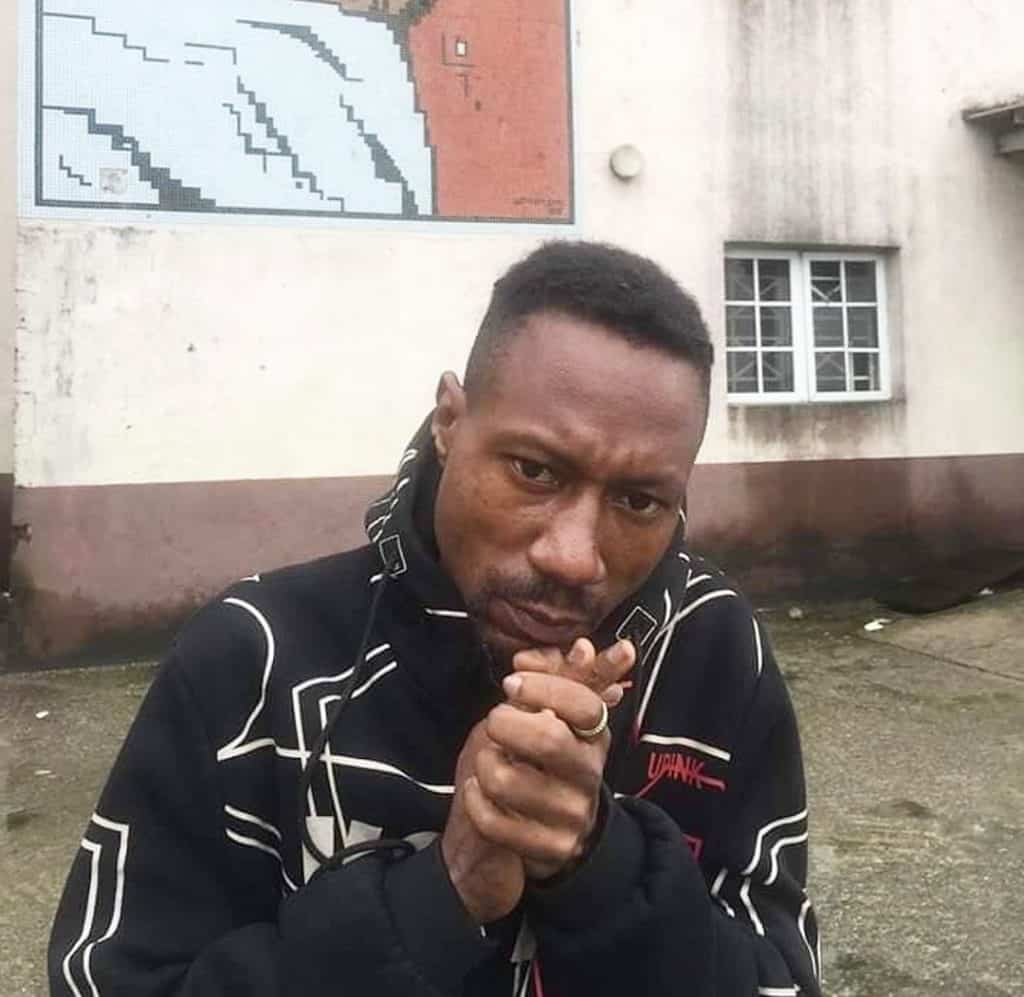 He also added that Nigerians who are attacking him for not helping could have contributed money to help save his life if they really cared about his condition.

“He was a brave man …. he was the first to travel abroad among the both of us ✈️ #china he was very talented, he know I love him ? he know I can take any shot on his behalf … he was so sick for so long, his so called new friends kept it on till when it got worse for him, that was when I was informed…

I sent money to them immediately to take him straight to the hospital… the so called friends told me the truth that my brother can not survive it anymore that he has to take him back to his mum .. my problem is why they waited for this long…

If y’all are true friends… no one can bring out money except me … nobody .. all of you guys should have contributed 1k each if you truly want him to survive, but I did my part am not super rich but have stood for so many people in this life, I took my fellow brothers problems first before facing my own .

There is no need to throw stones at anyone or throw blames! If I choose not to publicize how I help, doesn’t mean I don’t do my part! We can all be our brothers keepers. No more comment from me! Rest In Peace my brother, chibudo obinkwo ?” 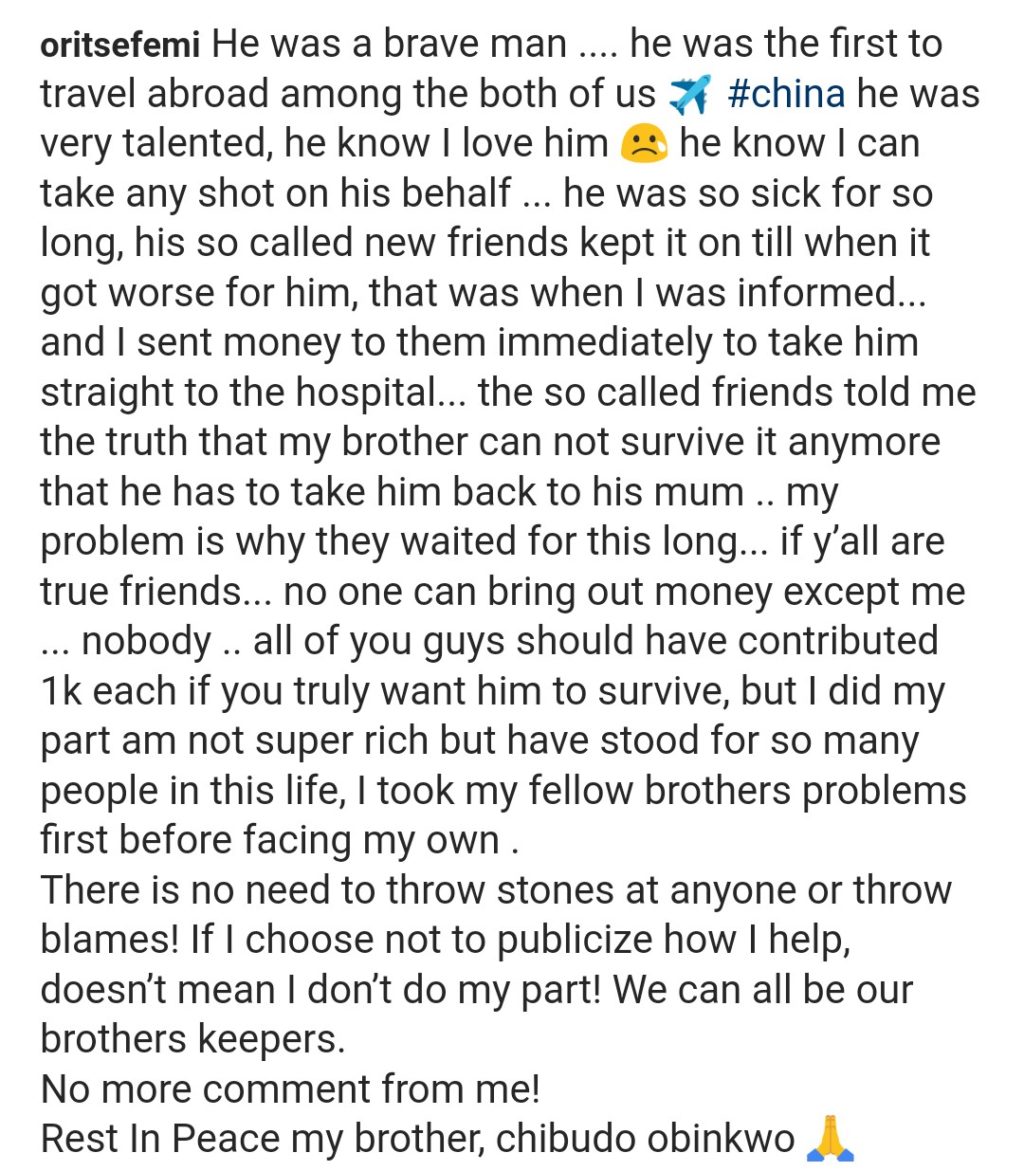