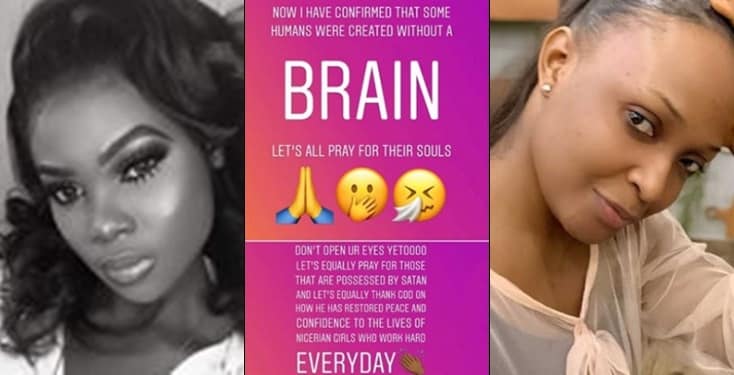 Onye Eze’s girlfriend Laireana, has begged for prayers for Okoro Blessing, as she reacted to her new claims of being set up.

Earlier the blogger said she was not arrested nor humiliated by police officers, but by Onye Eze and his boys who threatened to kill her.

She further revealed that the security operatives the China based businessman brought, claimed they were from the Inspector General of Police and they also threatened to shoot her.

However Onye Eze’s girlfriend who reacted to claims of being set up by Okoro Blessing, stated that she has now confirmed that some people were created without brains. She also insinuated that Okoro Blessing is possessed by demons, even though God has restored confidence in the lives of Nigerians girls who work hard. 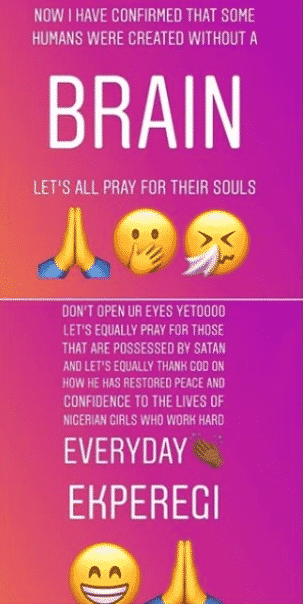 Recall that she had earlier begged Nigerians to forgive the blogger as she only lied but didn’t kill anyone.