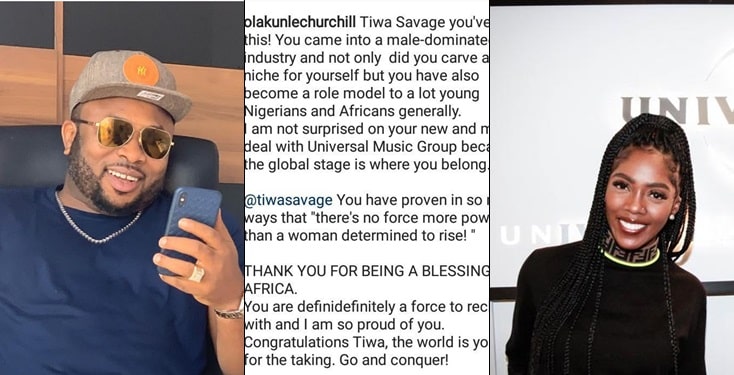 In the midst of being dragged by his ex-wife, Tonto Dikeh, Nigerian big boy, Olakunle Churchill has taken out time to celebrate pop star, Tiwa Savage on her joining Universal Music Group.

Gistreel earlier reported that Tiwa Savage had left Mavin Records after seven years with the record label. She moved to the Universal Music Group, that has singer, Rihanna as one of its acts.

Olakunle Churchill congratulated Tiwa Savage on the record deal. He pointed out that the pop queen came into a male-dominated industry and she carved a niche for herself.

He thanked her for being a blessing to Africa. 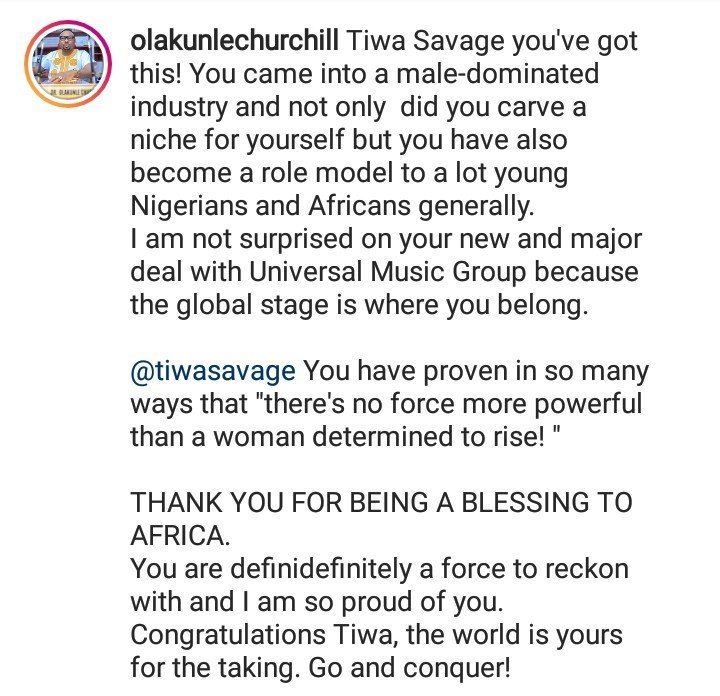