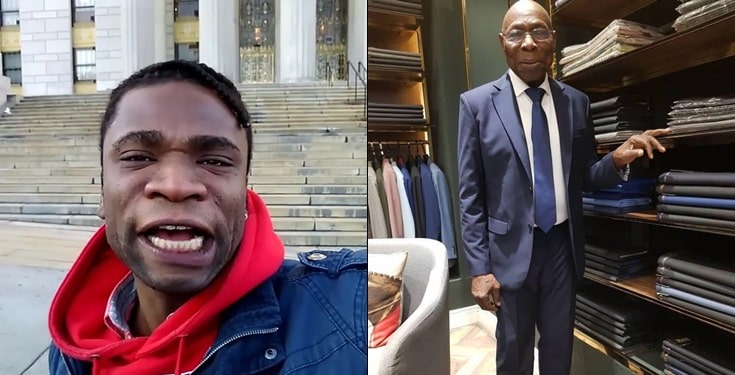 Controversial US based Nigerian singer Speed Darlington, in his reaction to a photo of Chief Olusegun Obasanjo clad in suit on his recent visit to Vietnam, called the former President an international thief.

Speed Darlington mentioned that everyone is aware Obasanjo was never an executive of any organization, but still, lives large. He further stated that the only means of livelihood of the former president was just being in government and stealing from Nigeria.

“I know for sure this man obasanjo bought that suit with the money he stole from Nigeria. He was never executive of any company government was his one and only come up in life. ITT = International theif Theif. What you think he went to do in Vietnam? To go count our money.”

However, the former military leader in his recent visit to Vietnam, was in the Asian country with other dignitaries to showcase the works of Chuong, a highly acclaimed Asian tailor, based in Hanoi, the Vietnam capital, The Cable reports.

Obasanjo could be seen in a couple of photos, clad in suits, photos which made the rounds all over social media stirring some buzz over which fits him best, the native or corporate attire.

The Ex-President alongside Boshe and other dignitaries visited Chuong’s showroom of Chuong, to check out his fabulous collection.