Two days ago, Alaafin of Oyo, Oba Lamidi Olayiwola trended on social media after the news of his marriage to a 13th wife, identified as Chioma surfaced online. 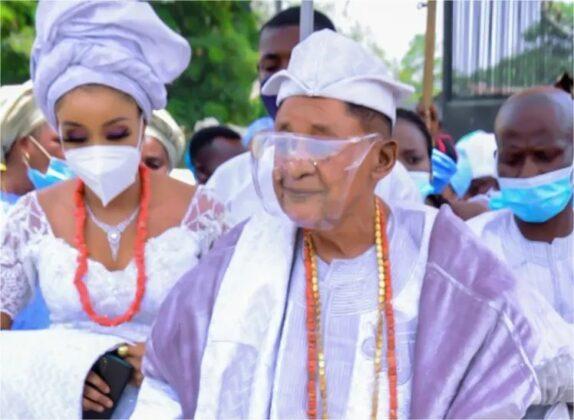 The king graced the installation ceremony of Chief Tomori Williams as the Are Onikoyi of Yorubaland, the ceremony took place at his palace in Oyo state and it was attended by prominent people in the society.

It was reported that it was the first time the Alaafin of Oyo stepped out with his newest wife, Chioma.

Some days ago, photos of a lady identified as Nwadike Chioma started to trend as the new wife of the Alaafin of Oyo with claims that she dumped her fiance to marry the 82 years old traditional ruler. 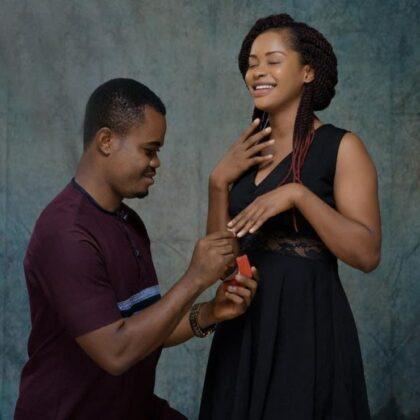 Nwadike Chioma has now come out to debunk the report made about her. In her words, she said that she is not the Alaafin’s new wife as her pictures has been falsely tied to that of the Alaafin’s.

“My name is Chioma Nwadike, yesterday, being the 12th day of march 2021, my attention was drawn to online media posts making rounds of my “marriage” allegedly to the Alaafin of Oyo as his 13th wife. Recall that about a day or two ago the news that the Alaafin had allegedly taken a 13th wife whose name happened to be Chioma was on social media, which news I read as well.

It is rather pathetic that yesterday the 12th day of March 2021, I discovered that my photos were attached to the marriage news of the Alaafin and has since been heavily publicized by blogs and news pages across various social media platforms. I trended wrongly on Facebook, Instagram and Twitter, as I was taken out to be a person who left her husband to be the Alaafin’s 13th wife. These false posts are all over the Internet and have amassed an unquantifiable number of views by Nigerians, including my friends, family and business associates.

However, at the risk of not joining issues with these bloggers who have already achieved their nefarious aim of bringing my name to disrepute, I am putting out this statement, categorically debunking these rumors to be false, unfounded and malicious as this is clearly the work of mischief makers, who would stop at nothing to malign my image.

The person in the picture is my estranged husband from a failed marriage, the aftermath of which, I am still suffering till today. These past few months have been a turbulent ride for me, evident by this current false news and defamatory posts. I have also despite this instant news, received other numerous defamatory posts/comments on my Facebook account, people have sent private inbox messages to my friends, and even fake social media accounts have been created to troll and harass me, which made me deactivate my Facebook page, just so I can have a semblance of peace. Sadly, reasons for these acts, merely orchestrated to malign and dent my image remains inexplicable to me.

It is rather unfathomable as to why I am being singled out to be diminished in the eyes of Nigerians even whilst still going through the emotional and painful rigors of an extremely messy divorce proceeding, which is still pending in court and wherein my estranged husband and his Lawyers have applied every dilatory tactic to stall the conclusion of the case for reasons I wouldn’t want to state now.

Regrettably, these false and rather demeaning publications have now perturbed and created an unnecessarily traumatic environment amongst my family, friends and colleagues who found it very hard to harbor the believe that I purportedly jilted my estranged husband in order to marry the Alaafin of Oyo.

To all those who have worked tirelessly since yesterday to help debunk this unfounded news making waves in the social media space in whatever way they can, I am eternally grateful for believing in me and protecting my vulnerabilities as a Nigerian woman, who is prone to ridicule and shame to the highest bidders.

I am consulting with my Lawyers, who will, in due course, commence appropriate legal actions”. 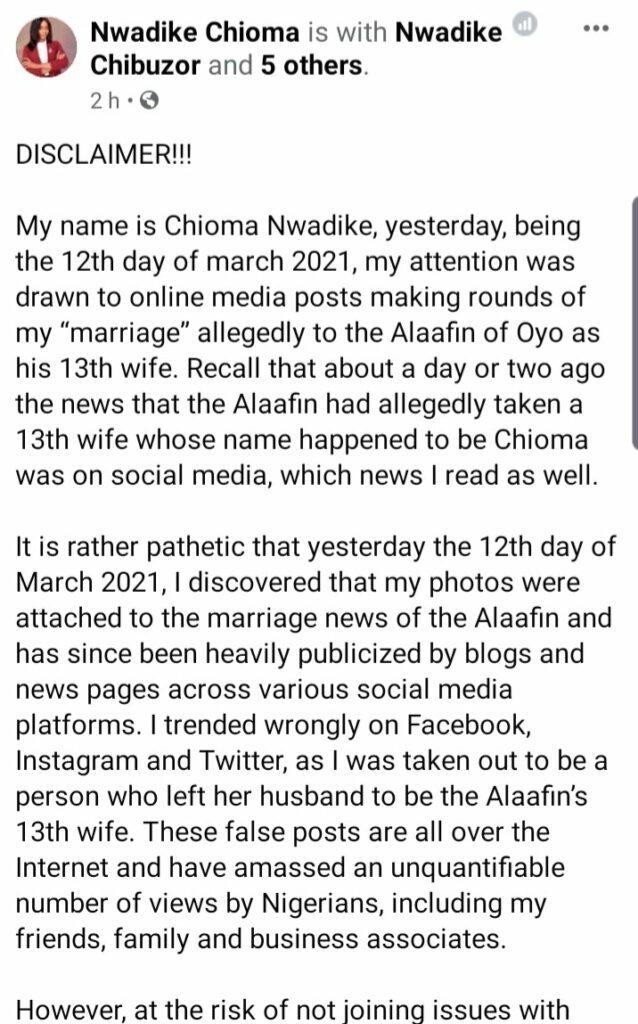