Norwich City have become the first club side to be relegated from the English Premier League after suffering a huge 4-0 defeat at home to West Ham. 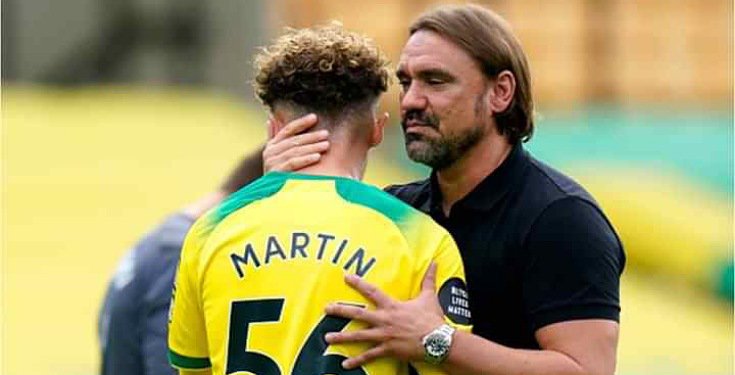 They will now be playing Championship football again next season after just one EPL season back in the top flight.

The Canaries have been cut adrift at the bottom of the top flight table since the beginning of 2020 and saw their fate mathematically confirmed after Michael Antonio struck 4 at Carrow Road.

Knowing fully well they needed to avoid defeat in order to delay the inevitable, they fell behind after just 11 minutes before Antonio doubled his club’s advantage.

Norwich City were unable to launch a second half comeback, instead seeing Antonio add two more intimidating goals in a huge win for the Hammers which resigned the home side to their fate.

BREAKING: Norwich City have been relegated from the Premier League following today's 4-0 loss at home to West Ham United.