Adedamola Adefolahan aka Fireboy DML has showered accolades on popular musician Wande Coal after he released a new track. 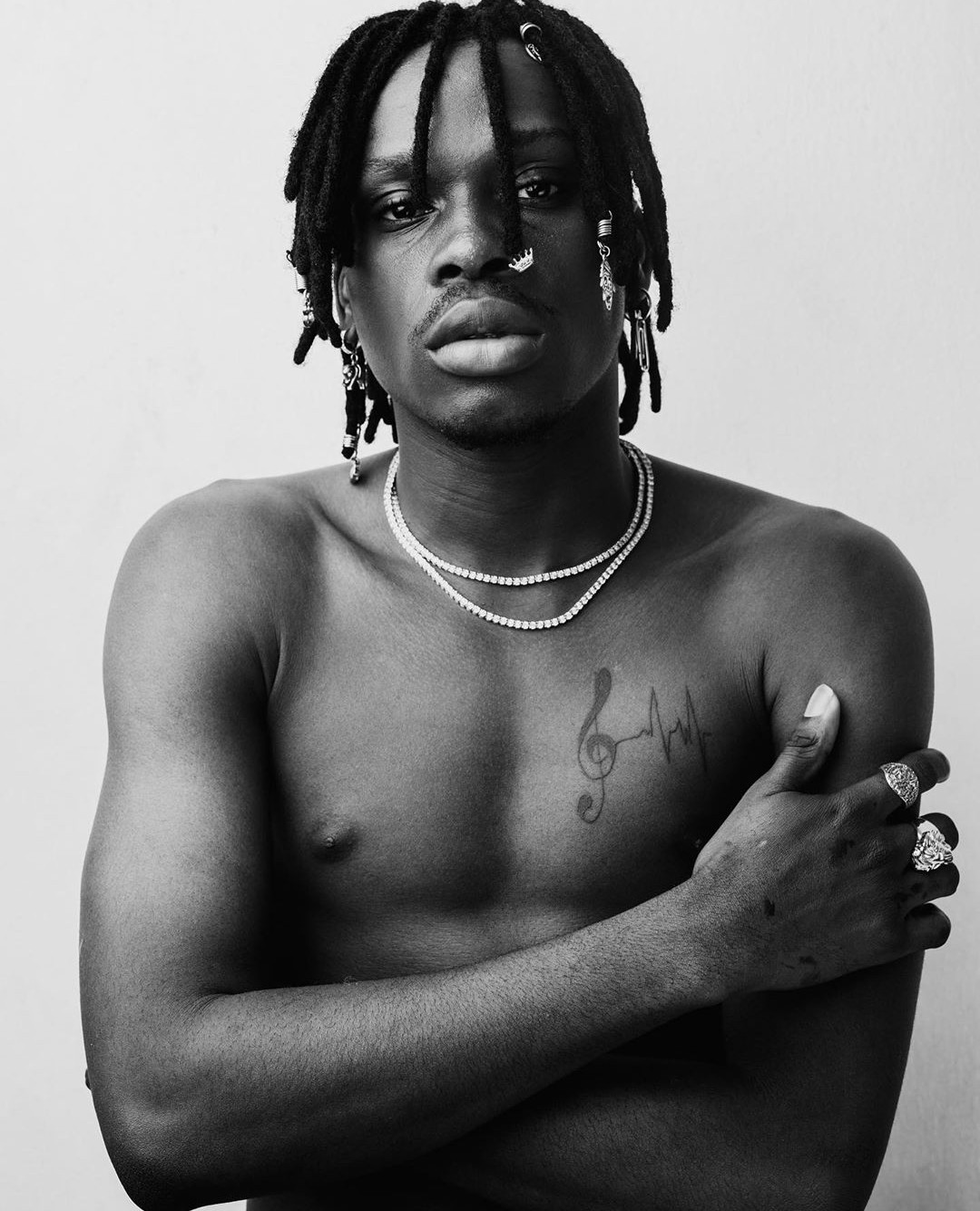 The new single by Wande Coal titled; ‘Again’ was released on Thursday, February 6, 2020 and fans can’t seem to have enough of it. 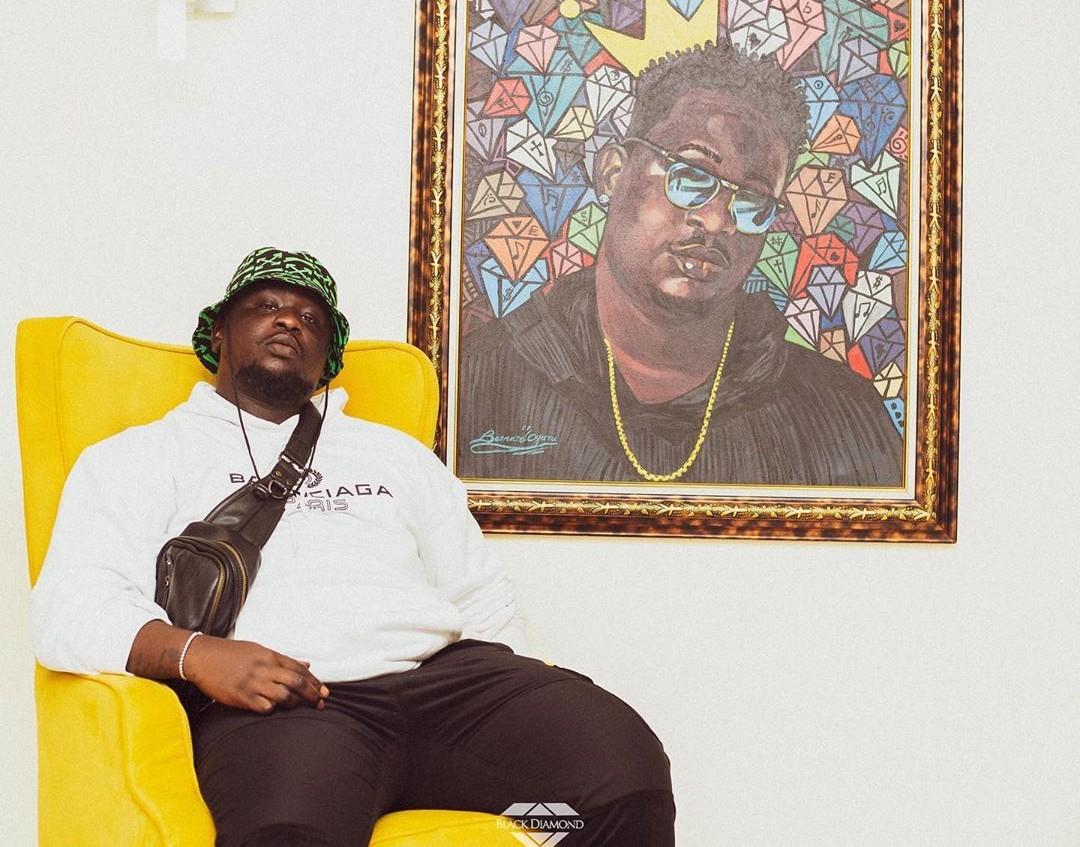 Shortly after the release, Fireboy took to Twitter to express his love for the former Mavin artiste’s musical dexterity.

The ‘Party scatter’ hit maker noted that there is nobody like Wande, while referring to the ‘Again’ crooner as a king.

“nobody be like Wande. love you forever, king Coal, Fireboy wrote. 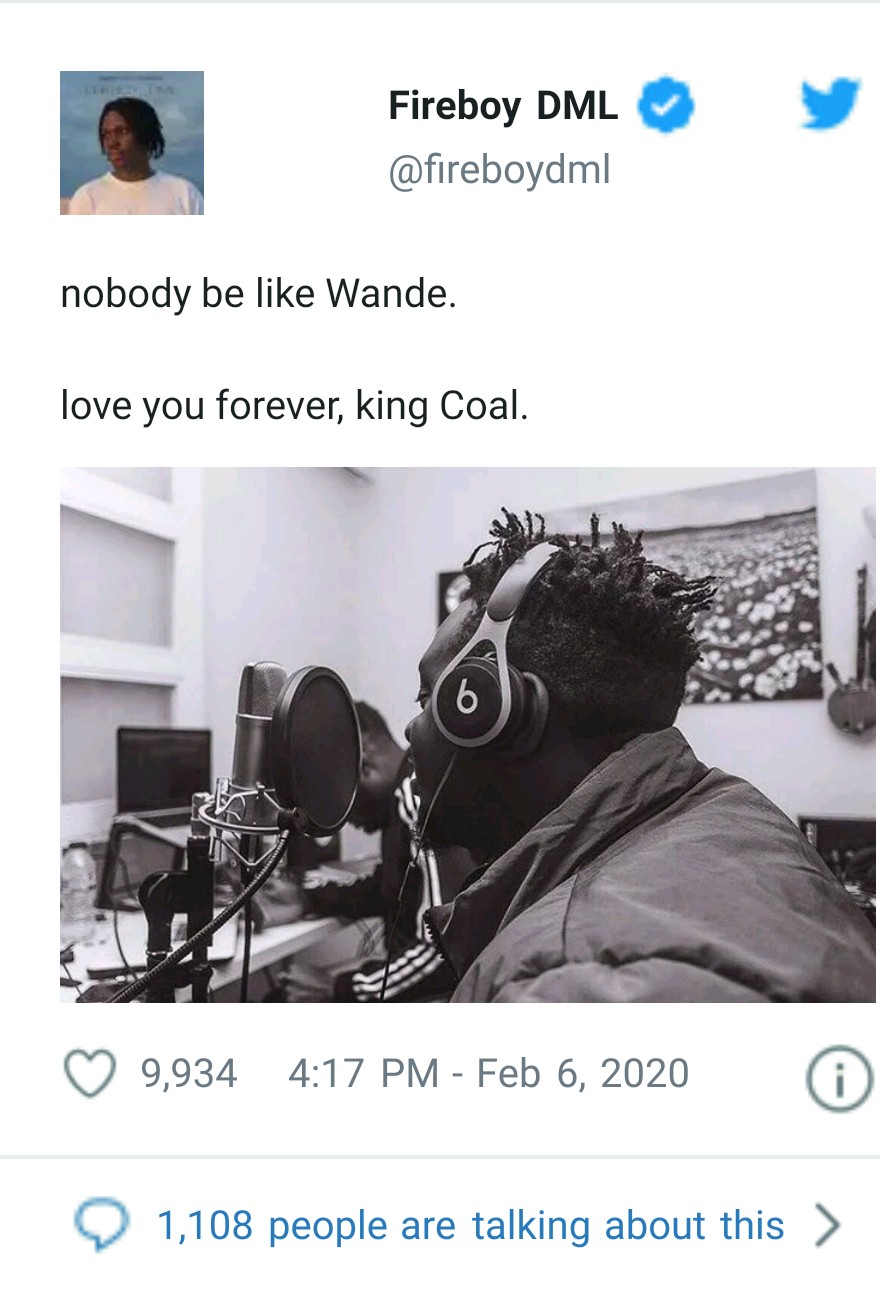